By 1940 it was already appreciated that the low rate of fire of the 20 mm (0.787-in) Flak 30 was too low for future target speeds, so it was decided to increase the rate of fire in order to increase the possible numbers of projectiles hitting the target.
It was also decided to redesign the gun to get rid of the inherent jamming problem. Rheinmetall-Borsig was not given the contract for this project. It went instead to Mauser, who came up with a new gun that was outwardly similar to the Flak 30 but internally much was changed to provide a cyclic rate of fire of 420 to 480 rounds per minute. The ammunition, feed system and most of the carriage remained much the same as before. So did the complicated sights which were later simplified, as on the Flak 30.

The 20 mm Flak 38, as the Mauser, design was known, entered service in late 1940 and eventually replaced the Flak 30 on the production lines. It served alongside the Flak 30 and was also used by the Luftwaffe and the German navy. There was even a special version for use by the German army’s mountain units that could be broken down into pack loads. This used the same gun as the Flak 38, but the carriage was much smaller and lighter: it was known as the 2-cm Gebirgs-Flak 38 and was intended to be a dual-purpose weapon for use against ground targets as well as against aircraft.

By 1940 it was appreciated that aircraft targets were not only getting faster but also heavier and better protected against ground and air fire. Undertaken with typical German thoroughness, operational analysis revealed that although the high rate of fire of the Flak 38 was more likely to ensure a target hit, the low explosive payload of the projectile was unlikely to inflict enough damage to ensure a ‘kill’.

The only easy and immediate way to remedy this was to increase the number of barrels firing from one mounting, and thus the 20 mm Flakvierling 38 was developed. This was simply a single Flak 38 carriage modified to accommodate four barrels capable of firing at once. This combination became a dreaded aircraft-killer that constantly drew a toll of low-flying Allied aircraft right until the end of the war.

The first Flakvierling entered service in late 1940 and there were never enough of them. They were used by the German army, the Luftwaffe and the navy, and many self-propelled mountings, like the SdKfz 7-1 , were improvised or produced to make them more mobile.
There was a special version for use on armored trains and at one point there was even a radar-controlled version under development. The Flakvierling required a greater number of men to serve it in action (usually six or seven).

For the Germans there were never enough of them and throughout the Reich many production facilities were devoted to manufacture of the guns, their carriages and ammunition. This last was produced in several forms including high explosive (HE), high explosive with tracer and various forms of armor-piercing. 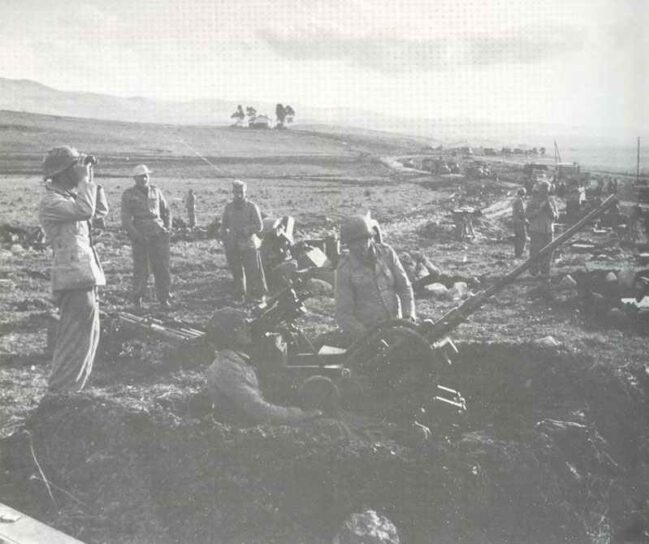 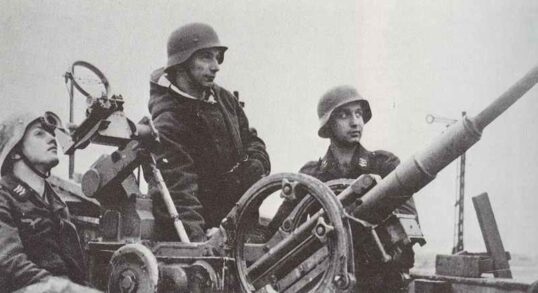 Crewed by Luftwaffe boys, this is one of Germany’s many 20mm light flak guns employed for anti-aircraft defence. 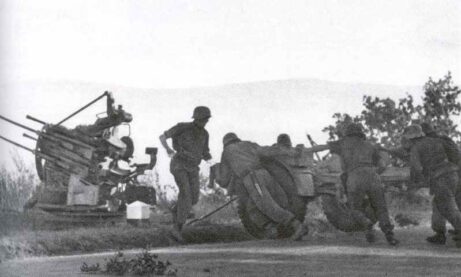 A Flakvierling is prepared for movement during the fightings around Neaples in southern Italy, 1943. 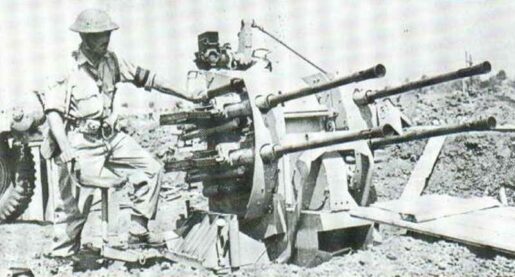 A British soldier examines a captured Flakvierling. The arrangement of the four barrels can be clearly seen, and the reflector sight is prominent. The curved box magazines can be seen protruding from the guns, and it was these magazines with their 20-round capacity that limited the fire rate of the guns. 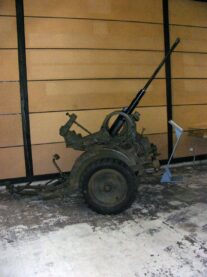 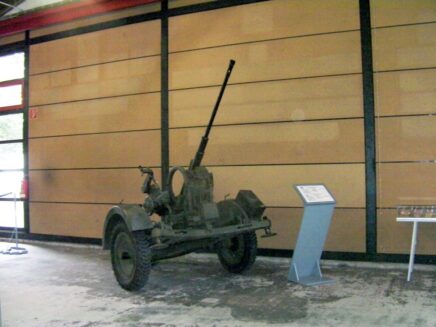 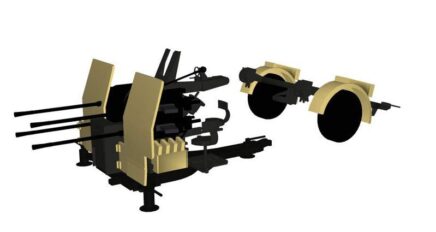 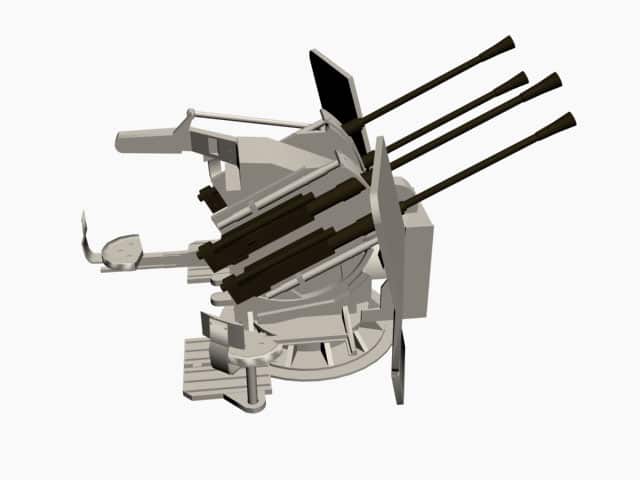