User experience led to numerous design improvements being suggested by the Armored Force and incorporated into M4 Sherman series vehicles by the Ordnance Department. Fore most among these were the need for a more powerful gun and better protection.

Sherman tank with 76 mm gun:
To increase firepower the Ordnance Department developed the 76 mm gun M1 and M1A1, starting in July 1942. Tests showed that the existing M4 series turret was too small to accommodate the extra length of this weapon and the turret of the T20/T23 medium tank was adopted and suitably modified. The 76 mm gun installation was standardized and introduced in production lines from February 1944 and vehicles so fitted were available in time for the Normandy landings and subsequent combat in NW Europe. Suffix ‘(76 mm)’ indicated vehicles with this gun. A modified 76 mm gun M1A1C or M1A2 with muzzle-brake was later introduced.

Sherman tank with better protection:
Fire hazard from hits in the engine, ammunition bins, and fuel tanks was the major shortcoming in the M4 series due to the relatively thin armor. Expedient measures to combat this were the addition of appliqué armor plates on hull sides adjacent to ammunition bins and fuel tanks, plus further appliqué armor welded on hull, and sometimes turret, front. Field modifications by crews included the use of sandbags on hull front and the welding of spare track shoes in vulnerable spots. In some instances large armor shields or concrete were added to hull fronts. Major design change to overcome the problem was the introduction of ‘wet stowage’ (glycerine-protected) ammunition racks in 76 mm-armed and late 75 mm-armed vehicles. Howitzer-armed vehicles had internal armor plates on ammunition racks.

Miscellaneous: Other improvements included better electrical wiring, and other internal detail changes, a new 47° hull front to simplify production (it also improved frontal protection), larger access hatches for driver and co-driver, a loader’s hatch, and the provision of a vision cupola for the commander replacing the rotating hatch ring originally fitted. 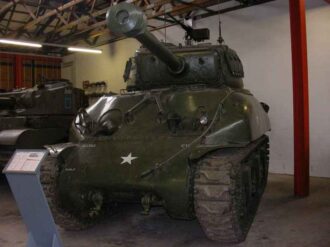 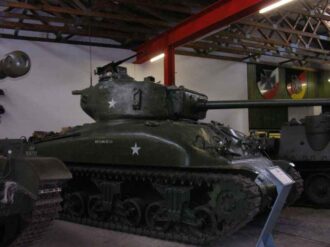 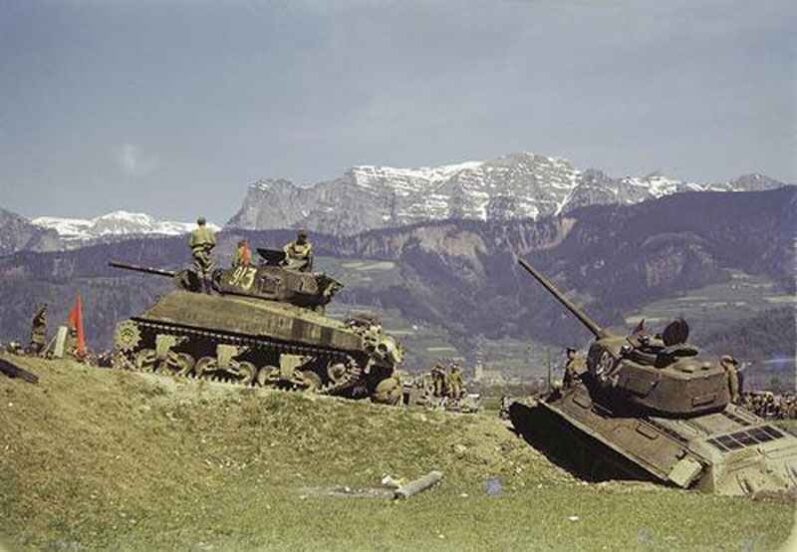 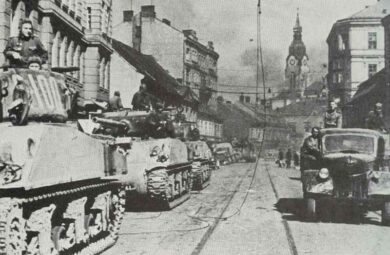 A column of Russian M4A2(76mm) Sherman tanks line the streets of Brno on 26 April 1945. Shermans were the single most common type of Allied tanks supplied to Russia, and played a prominent role in the 1944-45 fighting. 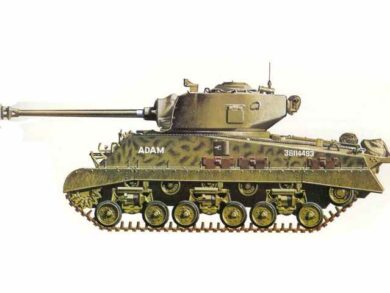 Penetration mm at 30° armour plates of the main gun: