These pictures have been photographed during loading for shipment to Norway at the Port of Aalborg (Denmark). Supply or repair units, such as the workshop-company of 214th Infantry Division, to which the grandfather of the author belonged, were only transported after the landing of the combat troops was done. 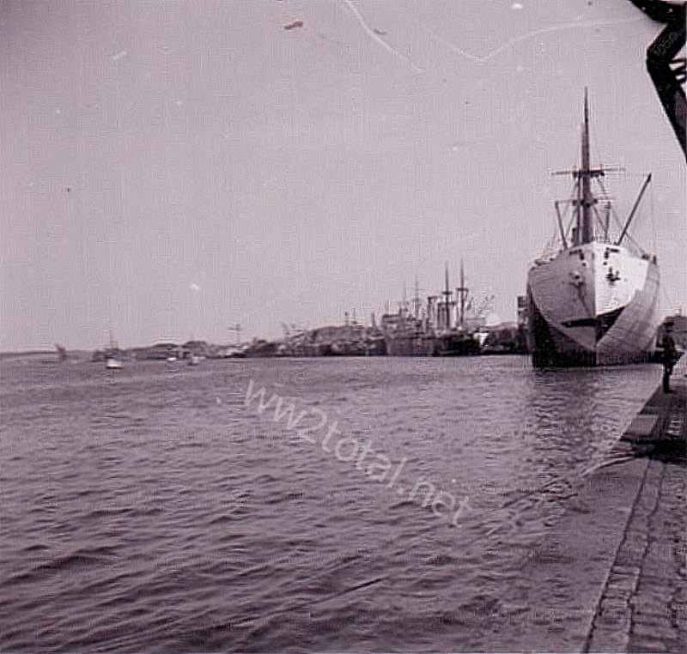 The port of Aalborg with the German transport ships. 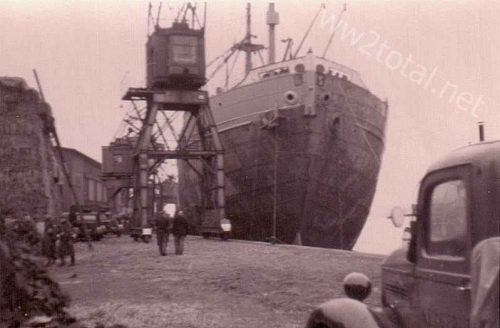 This was the transport ship of the unit of the grandfather of the author. 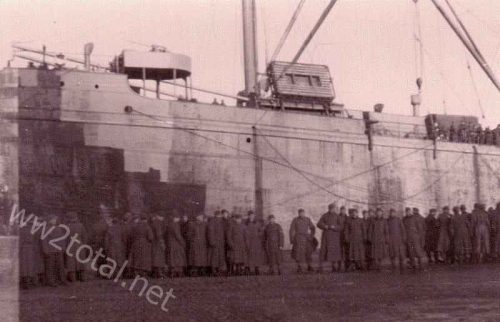 The unit in front of their ship. Note the anti-aircraft guns on it. 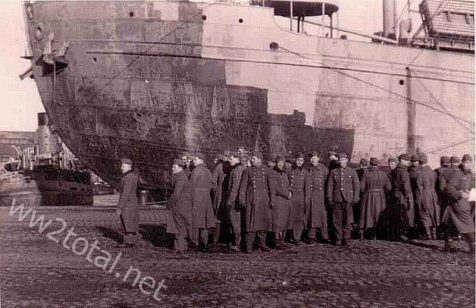 The soldiers in front of their ship. 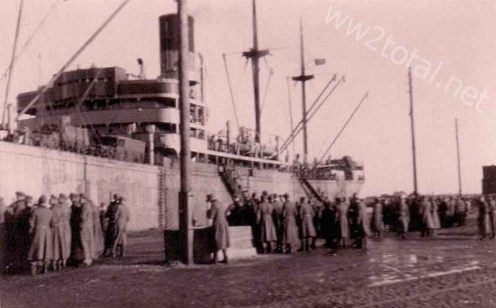 In front of the ship. 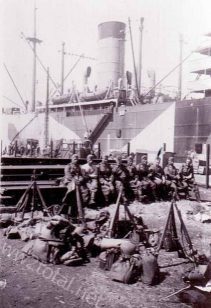 The soldiers are waiting in front of the ship. 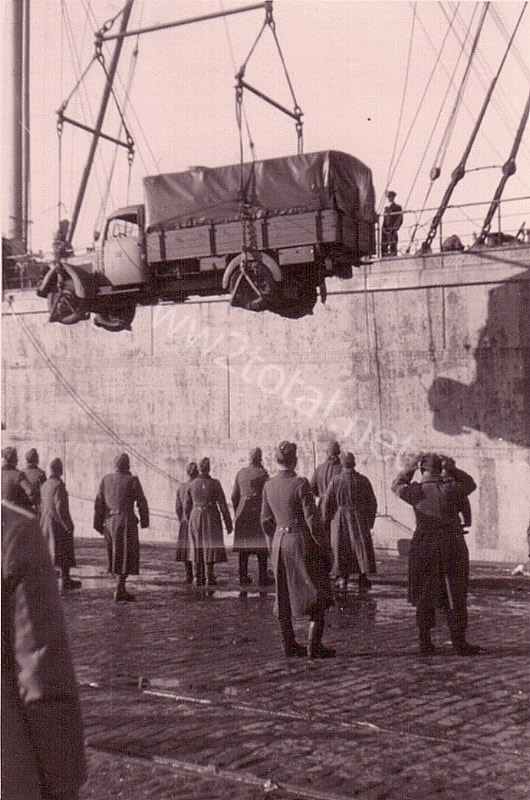 A Opel Blitz truck is lifted on the ship. 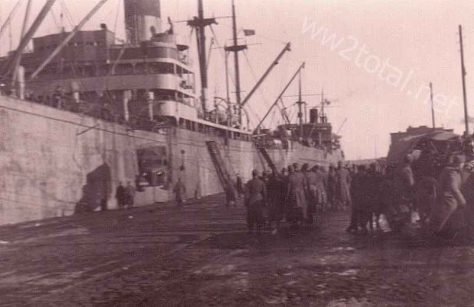 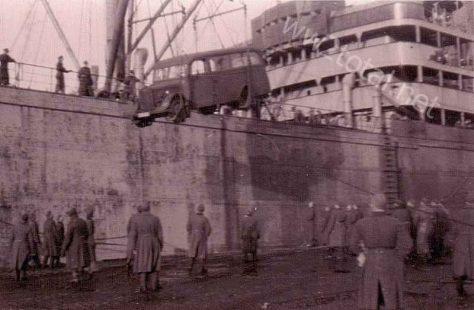 A bus is going also on the journey. 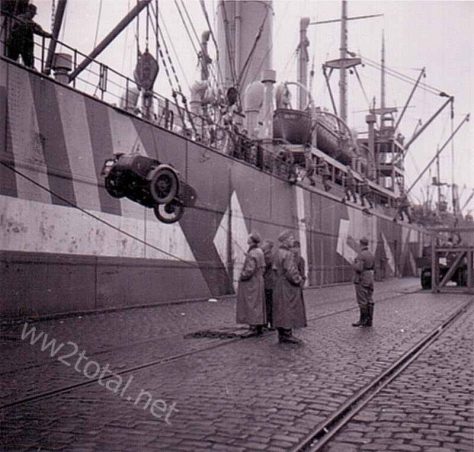 The motorcycle with sidecar of the grandfather of the author was not forgotten. 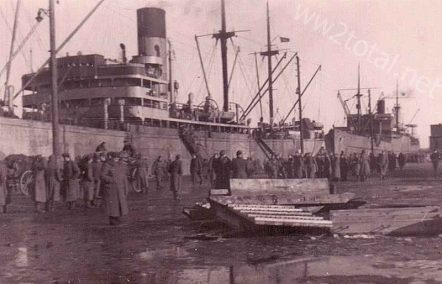 Transport ships with soldiers in foreground. 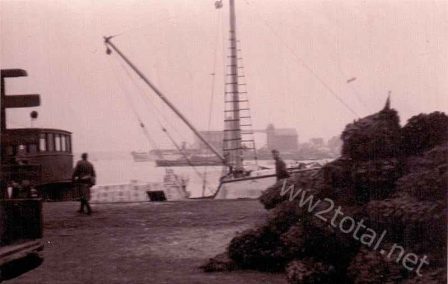 The harbor of Aalborg. 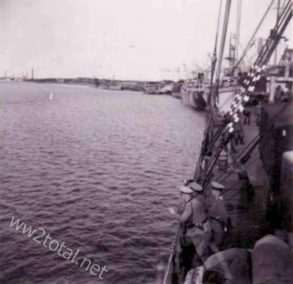 Ready to leave. Captain Engel at the railing. 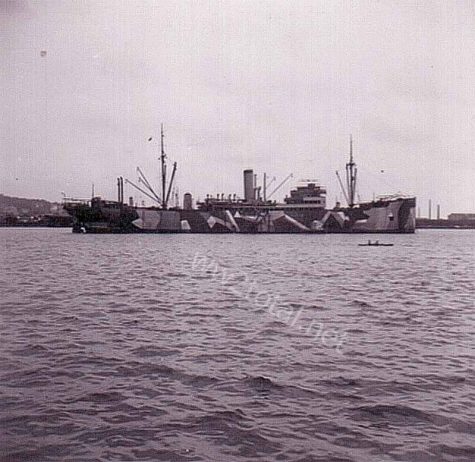 Transport vessels are ready to leave the harbor. 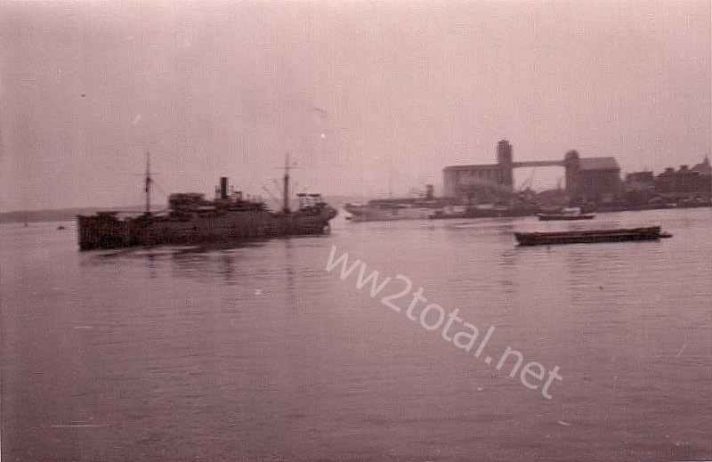 Ships are leaving the harbor of Aalborg in direction of Norway.

Next page: Sea transport to Norway

2 thoughts on “05-Shipping to Norway”