WW2 affected virtually almost any corner of the globe. In the six years between 1939 and 1945, some kind of 50 million people lost their lives, and hardly any who survived were not affected. It was the costliest and utmost widespread conflict the world has forever obtained.
It was subsequently battled on ground, sea and in the air with weapons which in fact had first been used in World War One of 1914-18. Ironically, a far greater conflict was to come out from the burning embers of these ‘war to end all wars’, and with it huge innovations in technologies.
The countries engaged in WW2 finally owned the techniques, potential and weapons to fight every other in a much more powerful – and more deadly – manner.

However only Britain, her Empire allies as well as Germany were engaged during the full period (as well as, in fact, Japan and China since 1937). For all the other nations the conflict was of a shorter duration. The US and Japan, for example, were at war from December 1941 to August 1945 (and the USA was at the same time at war with Germany, until Hitler‘s defeat in May 1945).

The state of affairs was so complex, the skeins of partnerships and enmity so connected that it would require a really huge document in fact to illustrate the prospect.
Only one factor was less complicated and widespread to all the nations involved: the nature of the weapons that the soldier used to struggle their way to triumph – or defeat.

Of course, there were differences in detail of the WW2 weapons: the German Panzer V Panther was a very different tank from the US M4 Sherman, the Russian T-34, or the English Cromwell. But in fact they were all much the same – armored vehicles mounting powerful guns running on tracks.

The small arms with which the various opponent countries equipped their armies were totally different weapons in details too, but basically these were all guns for launching projectiles at high speed.
Simply speaking, lots of people would just say that guns are guns, bombs are bombs, aircraft are planes, and so on. But there is definitely even more to it than that, for the abilities to obtain victory or lose a war actually rested on these kinds of WW2 weapons’ qualities, just as a lot of as it did on the fighting abilities of those who employed them and on the strategic sense of those who directed them in their use.

General about this site:
All information, data and statistics used in the Web WW2 Weapons had been compiled from a variety of sources and the large, over decades collected, library of the author about military history, WW2 and weapons.
Because of those many, unfortunately the additional effort to specify each individual references is too huge. But these are the safest and most reliable information, which are also constantly updated and improved to the best of knowledge and belief. These data are among others are used for most accurate historical military simulations, such as the WW2 game WW2 Total. Most of the photos are ‘public domain’, partly but also the property of the author.
The author of WW2 Weapons asks for understanding that he can not additionally process requests for resources and provide the information to the general public as ‘as published’, i.e. either the visitor of this site considers to be helpful and thus agrees on it, or not.
Discussions and recommendations are still welcome and can be performed under the respective reports.

Let me introduce myself:

My name is Norman ‘Kretaner’ and since my childhood I am interested in history and strategy games. Later, I have learned programming and the development of computer games, and finally with the Internet, also web design.

I’m in the fortunate position to combine all my interests with my work and to live on a place of my choice, at the Mediterranean Sea.
My projects include a WW2 strategy game for PC, a website about the occurring World Wars weapons and units, one about my fervor of dogs and finally a website about my new home, namely Crete.

For all this projects I still have a lot of work to do, but I was also waiting for a long time to publish my grandfather’s unique photographs from WW2 and before. And I think, the pictures and documents will make it clear, that he was not a fan of war as well as Nazism. This is the purpose of the web project on WW2Total.com.

None of my projects should support extremists, whatever their color, or glorify the war. Extremists are not welcome here and war is only useful for a museum, movies or computer games !

I try to keep distance and take care of objectivity, but I like to combine my interests and knowledge in the programming of computer games and working on homepages projects.
Even strategy games, which had their origin in chess, have a great educational value because they facilitate the logical thinking, planning and overview.

Especially abroad, I have learned that it is important to have obsessiveness and a distance view of the recent history, since there are so many people who are interested in WW2 and about the Germans. Computer games and popular websites are an excellent media for this.

I hope, that some of my projects will contribute a little bit help for these tasks.

Find a job that you love – and you’ll never have to work for the rest of your life !

Computer games are extremely complex pieces of software. In fact, they are without a doubt the hardest programs to write.
To begin with, computer games are ultra-high-performance computer programs. No longer can you use high-level APIs for time-critical or memory-critical code sections. For the most part, you must write everything yourself that is related to the inner loop of your game code, or else your game will suffer terrible speed and performance problems.
One of the hardest things about writing computer games is designing them. Sure, 3D mathematics is hard, but thinking of a fun game and a design to go along with it is just as difficult, in a manner of speaking, and definitely as important. Who cares if you have the latest volumetric photon traces if the game sucks ?
Now, thinking up a game idea isn’t that hard. Ideas are cheap and you will find them everywhere. It’s the details, final implementation, and visual look that make the difference between the dreams of millions of players OR really to do it !

This allows me to be creative and innovative at the highest level !

This is my daily challenge and commitment and I’m enthusiastic about it !

Why is World War II the theme of this computer game ?

That World War II is the theme of this computer game was from the start not an accident. On one hand, the author has the most knowledge, the best sources and also by far the most numerous 3D models in his collection about this historical period. And on the other hand, for a strategy game with shooter elements WW2 provides the perfect scenario, because it was the only world-wide conflict which was fought complete three-dimensional (on the ground, at sea and in the air). For example, in World War I air warfare was not decisive and tanks were only limited used in the last years. Furthermore, it was the first time that economic planning, armament production, control of raw material areas and weapons research was at least as important as military strategies. Such features are essential elements of every great strategy game !
In addition, there are being considered a plethora of historically quite eligible political and military options, which could give the game each time a different course. And finally, there is also the fact that it was a ‘total war’ with two irreconcilable camps, which was fought until the final decision, what is at least optimal for a multiplayer game with two opposite factions.

A last word about the language:
My main language is German (since my origin is from Germany), so if you see mistakes on the websites, please forgive me, and feel free to send me a message indicating the mistake and the proper use of English, because I’m still learning a few languages here. 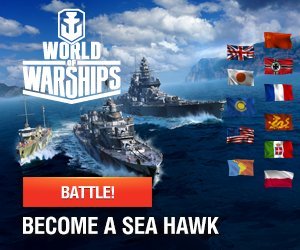