Uniforms of the U.S. Army and Marine Corps in World War II.
Uniforms and insignia in Northwest-Europe 1944-45, in the Pacific War and from US Marine Corps.

The Americans are already experiencing so many extremes of temperature and climate on their own continent that it is not surprising that the American Quartermaster’s Department equipped the soldiers with a whole series of uniforms ranging from light khaki uniforms to clothing warm enough to be worn in Alaska.

Uniforms of the US Army

However, American combat clothing, which became the most advanced in the world at the end of the war, still looked remarkably obsolete in 1941. American officers wore a summer uniform that was used into the war, although it was out of place everywhere except perhaps in Mexico in 1913.

There were three basic versions of the American uniform:
Class A was the winter uniform;
Class B was the mid-season uniform with shirt;
and class C was the uniform worn in hot climates and made of khaki drill or Chinotuch, as it was known in America.

When American soldiers arrived at African soil in November 1942, this uniform was still untested in practical use and immediately revealed many serious defects.
A large change was already accomplished in the winter 1941-42, when the old British steel helmet Mk I from the World War One was replaced by a new, two-part American helmet. This should prove to be so successful that it is still in use today.
The rest of the uniform was strongly standardized and was the same for all ranks. The few pieces of tailor-made uniform that were reserved for officers were used with the service uniform.

A new uniform had to be developed for crews of armored combat vehicles and the American solution to the problem faced by all combat clothing designers was a fiber helmet, one-piece overall and olive draped field jacket with zipper and knit collar, cuffs and waistband.

The rank badges for officers consisted of gold or silver metal badges worn on the shoulders or on the right side (both sides for generals) of the shirt collar, on the left front of the overseas cap and sometimes on the front and back of the steel helmet.
NCO’s and men wore their badges on both sleeves.

Unit signs were worn on the sleeves at shoulder height and were sometimes painted on the steel helmet.

The American troops that landed in Normandy in June 1944 wore the M1 steel helmet with lining, the M1941 field jacket, olive draped (OD) trousers, canvas gaiters and rust-red leather bootees. This equipment was the standard American uniform equipment at that time.

However, previous experience in North Africa and Italy had shown that there were serious shortcomings in the practical use of much of the US Army’s clothing. Therefore, some new equipment was designed during 1943, especially for winter clothing.
Despite the Americans’ reputation for offering their soldiers every luxury, the average GI suffered as much as its allies and enemies from the cold and wet.

Just in time for the last winter of the war, the American troops received the M1943 combat uniform, which consisted of a single-row tunic with four patch pockets and matching trousers made of olive-green, water-repellent and windproof cotton. It was provided with a removable pile fabric lining. The canvas gaiters and ankle boots were gradually replaced by high brown leather boots with lacing.

In 1944 the Americans began to wear a wool field jacket, which was actually a blouse and was similar to the British battle dress blouse on average. The pattern for other ranks was standardized, but officers wore many different models with different pocket arrangements; some with concealed and others with open buttons. The blouse was worn either with matching trousers or with ‘pinks’.

The Americans began forming parachute troops in June 1940, and the first jump uniform consisted of a Riddle helmet and a one-piece OD satin overall, and high laced boots with rubber soles.
Unlike German and British paratroopers, the Americans did not wear a smock over their equipment, but any element caught by the parachute’s connecting cords was attached to the body with straps.
The American paratroopers also carried two parachutes; the main parachute on the back and a reserve parachute attached horizontally to the front of the body.

Most other additions to American combat uniforms during the war were associated with improving weather resistance by keeping soldiers warm and providing waterproof covers for use over leather boots.

The rank badges were as shown in the graphic above, but the two grades for warrant officers were not introduced until January 1942. And it was not until December 1944 that the rank of ‘General of the Army’ was created with five stars as insignia.
During the war, the number and variety of ‘shoulder sleeve insignia’ increased sharply, reflecting the increasing size and complexity of the US Army.

Uniforms in the Pacific War

At the beginning of the war in the Pacific, American soldiers wore khaki drill uniforms, which were officially referred to as class C uniforms or ‘chinos’.
The basic equipment for serving men consisted of a sun helmet worn officially until 1942, a side or overseas cap, a long-sleeved shirt worn either open or with a matching tie and long matching trousers with black shoes and socks.
The officers wore the same uniform, but also had a khaki service dress tunic. Both officers and men had a drill version of the peaked service cap with brown leather tip and chin strap.

The combat suit was also the class C ‘chino’, which was worn either with the British Mark steel helmet from the First World War or the new M1 helmet and canvas leggings with brown leather laced ankle bootees. The other equipment consisted of the standard woven pattern.

This uniform was immediately perceived as uncomfortable and impractical, and much too conspicuous for warfare in the jungle. Therefore, it was started to issue the one-piece, olive-green overall M1942 combat suit. But this was also found impractical during the campaign, when dysentery became an omnipresent companion.

In the meantime, the Office of the Quartermaster General – OQMG for short – had modified the one-piece overall and developed other garments for use in the jungle. At the end of July 1942 the OQMG received an urgent request from General MacArthur for 150,000 pieces of special jungle equipment. Although the development was not yet complete, twelve parts had to be standardized for immediate procurement and delivery to the troops.

The resulting one-piece camouflage jungle uniform was found satisfactory in experiments in the Panamanian jungle, but in New Guinea this ‘frog skin’, as it became known, was found to be too heavy, too hot and too uncomfortable.

This criticism led to the development of new materials which, in contrast to the ‘frog skin’, did not become so difficult in the wet. This new material was used to develop and manufacture a two-piece jungle combat suit, which became the standard equipment in the Pacific in May 1943.

Another problem was the color. Reports from the Southwest Pacific showed that camouflage clothing was fine for stationary snipers, while moving men were easier to spot.
Therefore, in early 1944, 400 sets of a new jungle uniform in poplin and cotton drill were issued for field trials. After various modifications suggested by those who had worn the combat suit in action, the new two-piece jungle uniform of 5 ounces (0.15 liters) of olive-green poplin was standardized on July 11, 1945.

Insignia in the Pacific War

In general, no insignia or rank badges were worn in combat in the Pacific, but various units developed systems of markings that were painted on the helmet or back so that they were only visible from behind.
For example, the 27th Infantry Division painted its steel helmets in dark green with black spots and a parallelogram. Inside the parallelogram was a regiment emblem, left was a number corresponding to a rank, and right was the company letter.
On all other uniforms the same badges of rank and other insignia were worn as on the normal uniform outside the tropics.

The tropical uniform of the peacetime for the American marines was the ‘Chinos’ of class C, which was practically identical to those of the American soldiers of the US Army. The three basic elements of the headgear were the side or overseas cap, the peaked service cap with black leather peak and chinstrap and the tropical helmet.

The bronze metal cap badge of the Navy Corps was worn on the front of the cap or sun helmet and on the left front of the side cap. Long sleeve shirt, tie and trousers were all made of the matching khaki drill.

The out-of-service uniform consisted of an overseas cap and a single-breasted jacket with patch pockets. On the left breast was the Navy Corps emblem with the letters ‘USMC’ printed, together with matching trousers. This uniform was also worn in combat with woven equipment and steel helmets.
At the beginning of the campaign on Guadalcanal in August 1942 most Marines wore this leisure uniform.
But soon camouflage clothing began to be introduced gradually. The first part was a helmet cover, followed by a camouflage poncho and then one-piece camouflage clothing for the jungle.

A typical Marine outfit in wartime was the sloppy field cap, the olive-green T-shirt and the long trousers in lace-up gaiters, or buckled combat boots.

Insignia of the Marine Corps

The primary consideration of military uniforms is practicality, followed by a balance of aesthetics. If you have friends around you who are military personnel, or military lovers, their preferences are definitely inseparable from military related information. In addition to sending some uniform decorations to match their uniforms, you can also consider sending them custom challenge coins. gs-jj.com has various challenge coins are available in a variety of themes, such as: military, police, lawyers, etc. The challenge coins are beautiful and durable, and you can have important messages printed on the coins to express remembrance or appreciation. They will feel your heart when they receive this customized gift. Challenge coins are an honor for military personnel, and it is becoming popular among patrol officers and government agencies, whether you want to reward your friends or give it as a souvenir. Order Now 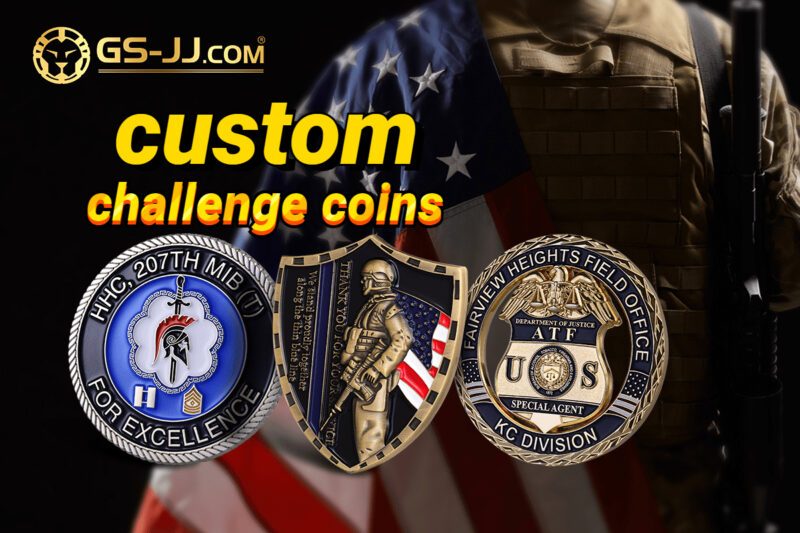 3 thoughts on “US Uniforms”