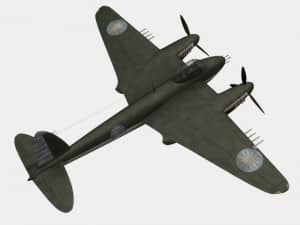 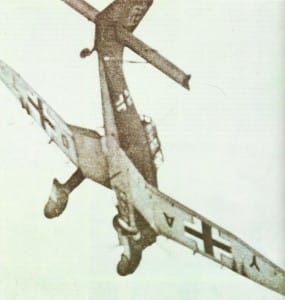 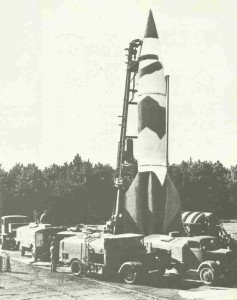 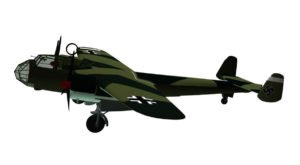 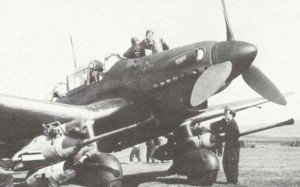 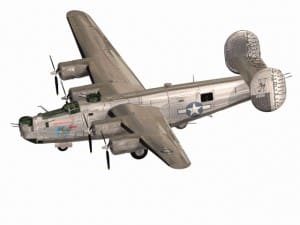 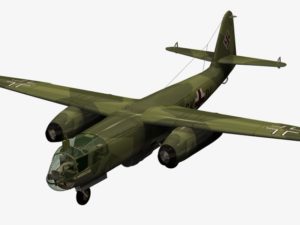 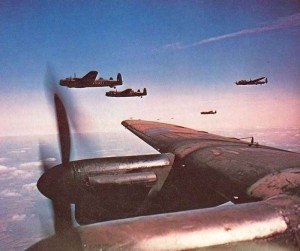 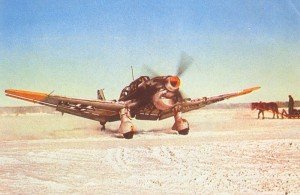 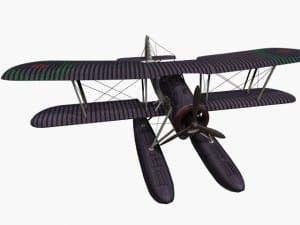 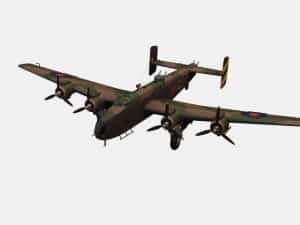 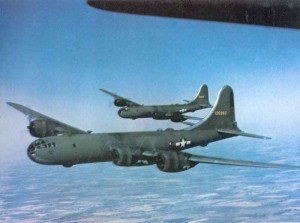 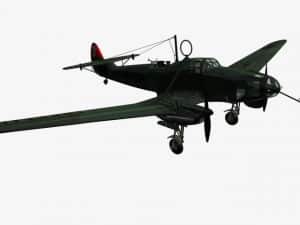 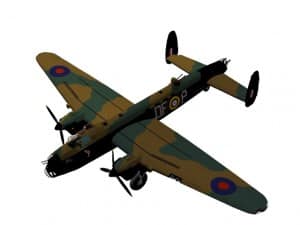 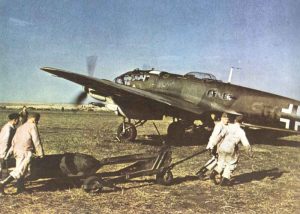 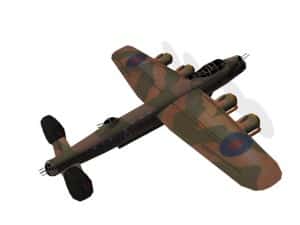 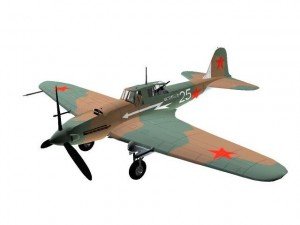 April 1942 saw the first US bomber personnel arrive at British soil. The first raid of major proportions was mounted on 17 August by 12 Boeing B-17 Fortress. This raid on Rouen, mounted in daylight, sustained no losses, but this was not to be the case in the majority of its successors.
During the raid on Schweinfurt on 14 October 1943, 60 B-17 fell victim to Luftwaffe fighters and 133 were damaged out of a total of 291. Until 1 March 1944, some 1,509 bombers were lost.
Only the arrival of the P-51 Mustang in early 1944 gave the bombers the fighter escort they needed for their bombing missions.

In the Pacific theater the air war against Japan was taking on an increasingly strategic aspect as long-range bombers, the B-29 Superfortress, attacked Japanese supply centers in China and Indochina since 1944. During the last months of the war the US Air Force bombers were almost unopposed over Japan and inflicted massive damage on the Japanese urban centers and huge casualties on the civilian population. WW2 was brought to a conclusion with the dropping of atomic bombs on Hiroshima and Nagasaki.

In October 1938 a re-armament program was initiated which provided for a large expansion of the Royal Air Force, so that it could not only continue to defend Great Britain, but also carry offensive operations into Germany should the need arise.
Strategic bombing of cites was only authorized on 15 May 1940. By July 1941 the strength of Bomber Command stood at 45 squadrons with a theoretical deployment of 1,000 bombers. In practice, only 37 squadrons could be considered for active operations and not all of these were fully trained. 38 squadrons were operationally effective by the spring of 1942, but of these only 14 were equipped with the new heavy bombers like Stirling, Halifax and Manchester.
By March 1943 only 50 squadrons with some 800 bombers were in commission instead of the originally planned total of 4,000 aircraft.
Until the end of the war in Europe, Bomber Command lost 9,163 bombers.

The Russian Red Air Force was the largest in the world in 1941, possessing a strength of between 12,000 and 15,000 aircraft. But by late November 1941 nearly 16,000 aircraft were destroyed for the loss of 3,453 planes from the German Luftwaffe.
But the re-siting of industry east of the Urals began to bear fruit with military aircraft production rising rapidly: 2,000 a month by mid-1942, 2,500 by November 1943 and 3,355 by the summer of 1944. Not only did the quantity of planes rise, but so too did the quality.
1942 saw the widespread introduction of improved models including the Ilyushin Il-2 Stormovik ground-attack bomber and Yak and Lavochkin fighters. The steady increase in aircraft production, new models, and improvements in training and tactics gave the Red Air Force a decisive advantage over the Luftwaffe, whose strength on the Eastern Front was constantly being reduced by the demand for the defense of Germany itself from the British and US bomber offensive.
Aerial victory on the Eastern Front was won in the factories and on the training fields during 1942-43 and was confirmed on the battlefield in 1944-45.

The German Luftwaffe forces ranged against Poland on 1 September 1939 were divided into two air fleets. Aircraft strength was about 850 bombers and dive-bombers and 400 fighters. In the first two days of the campaign these forces completely destroyed the Polish Air Force. It had been a striking demonstration of air power.
Aircraft played also a vital role in the invasion of Norway and Denmark. For the campaign in the West the Luftwaffe deployed 3,902 aircraft. So far, the air force had been used as a tactical weapon, creating air supremacy and providing support for the ground forces with bombers.
In the summer and autumn of 1940, however, the lightly armed bombers soon proved ill-defended against RAF fighters in the Battle of Britain. In October 1940 the bombers were forced to switch to the night bombing, which lasted until the spring of 1941.
During the conquest of the Balkan, the invasion of Crete, the battles in North Africa and the attack on Russia, the German bombers were back to ground attack duties.
Not before August 1943 the bombers were giving priority to strategic bombing of Russia and to support the Army to a minimum. Unfortunately, the Russian counter-offensive between the summer of 1943 and the spring of 1944 largely negated the strategic bombing of Russian targets.
Then, in the summer of 1944, came the V-weapons program together with the virtual exclusion of bombers. Only a few of the new jet bombers were later produced.