The ‘Schlieffen Plan’ which was designed to obtain the German defeat of France, by wheeling armies via Belgium to attack the French armies in the flank, was developed during the 1890s, and sharpened practically to perfection during the years up to 1914. It required the invasion of a neutral country (Belgium) as well as the quick surrender of the citadels at Liege and Namur, both of them among the strongest in The world. Heavy artillery was necessary, so Krupp was taking part.

All over previous years Krupp had been a major contributor to an extensive chain of super-heavy guns and howitzers, but to conquer the Belgian forts it needed to create something unique. It under­took a number of studies with heavy­-caliber guns that finally resulted in a 420-mm howitzer called Gamma, an enormous monster that turned out to be very accurate when shooting a heavy shell capable of wrecking any fortification. But Gam­ma was a static gun, intended to be taken apart for moves and reassem­bled piece by piece after rail trans­portation. Even though the German staff plan­ners liked the power of Gam­ma, they requested a gun that could be transported on roads and the obliging Krupp designers checked to their re­search and developed the answer. This was a bigger and improved wheeled carriage originally designed for a 305-mm (12-in) howitzer. Thus was created the M-Gerät (Gerät means device).

All this evolution happened right at the last possible moment, and it was not until August 1914 that the big howitzers moved off to war. The type was quickly named the ‘Dicke Bertha’ (Fat Bertha, but typically trans­lated ‘Big Bertha’) to its crews and the name stuck. The crews belonged to a special unit named Kurze Marine Kanone 3, and in the beginning just 2 howit­zers went into action against the Bel­gian forts. They moved on the roads in a group of tractor-towed loads, 5 to each gun. The carriages had been designed to allow the howitzers to be assembled with a minimum of work and time. Special armor-piercing projectiles plus the standard high explosive types were on hand.

The effect of these enormous howitzers has now passed into history. Within a couple of days the great Liege forts were destroyed and forced to surrender, shortly to be accompanied by the Namur forts. The 420-mm (l6.54-in) shells were able to plunge deep into the earth before ex­ploding and the resultant shock waves shook the forts to their foundations. They had an incredible moral as well as devastating impact, and after a couple of days of continuous bombardment the garrisons of the fort had been reduced to a condition of collapse.

Following use in Belgium the battery transferred to the Russian front, where it continued its triumphs. The howitzers were rapidly accompanied by more examples from the Krupp works, and yet more were in action on the Western Front. Nevertheless, it was soon discovered that the type’s precision fell off as the barrel became worn after even a limited time of shooting and that, conse­quently, devastating effects was reduced. Even though the ‘Big Berthas’ had a maximum range of 13,400 yards (ca. 12 km), their finest precision was received at approximately 9,490 yards (ca. 9 km). Another issue emerged pain­fully to light when it was learned that the projectiles were quite vulnerable to detonating while still inside the barrel the moment after firing, and several barrels were destroyed in this way.

The ‘Big Berthas’ had their highest possible effects against the Belgian forts, for what they were originally designed. Thereafter their value dropped away, and a measure of this can be noticed in the truth that although they were used widely throughout the Verdun battles French reports make certainly no mention of their benefits, an indication that their day was already past.
Not one still existed after 1918, though the Gamma howitzers, used in the development of the towed ‘Big Berthas’, did survive. At least one saw action in 1942, when it was employed in the siege of Sevastopol. 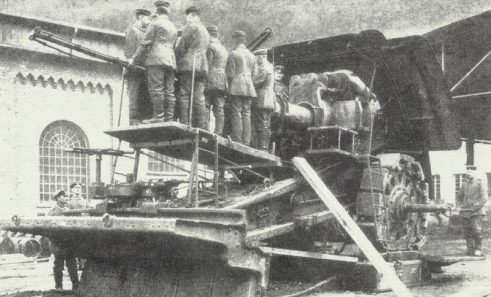 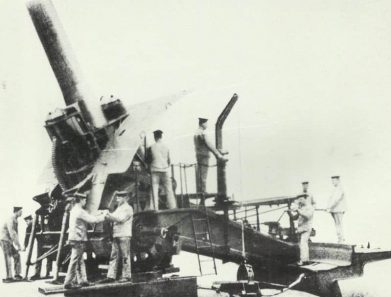 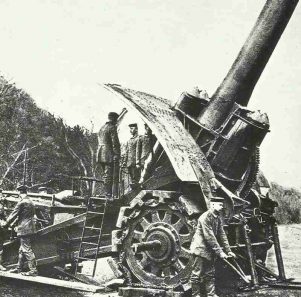 The German secret weapon of WW I was the 42cm howitzer ‘Big Bertha’. Their combat debut was against the world’s strongest fortress of Liege on August 12. To the relief of the Germans and to the shock of their opponents, a dozen Emmas and Berthas reduced the impregnable concrete-and-steel fortresses to a rubble in a mere 4 days. 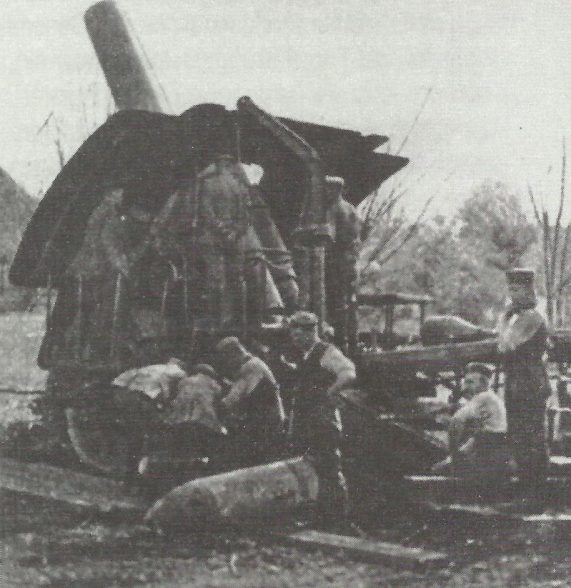 A 42-cm-mortar ‘Big Bertha’ in position is made ready for firing. 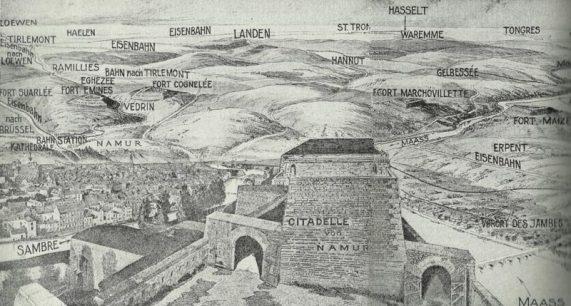 Parts of the Namur fortress line. 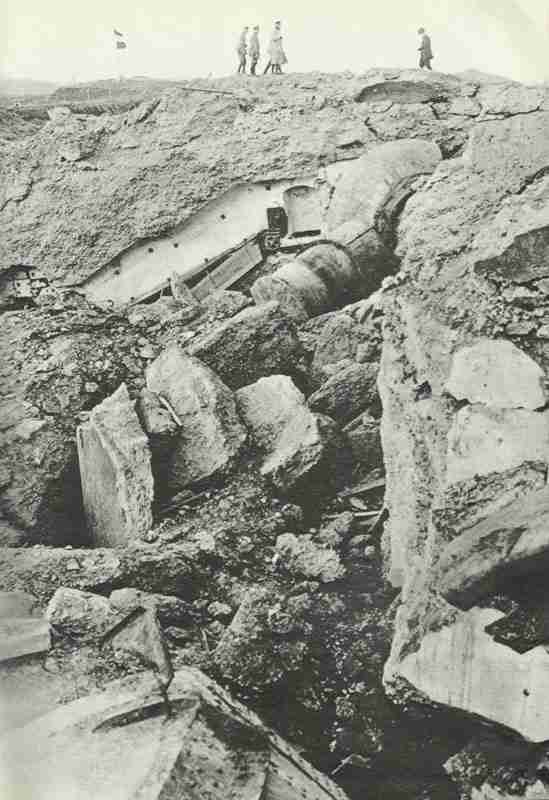 The ruins of one of the Namur forts is gving clear witness of the devastating effect of the German siege guns. 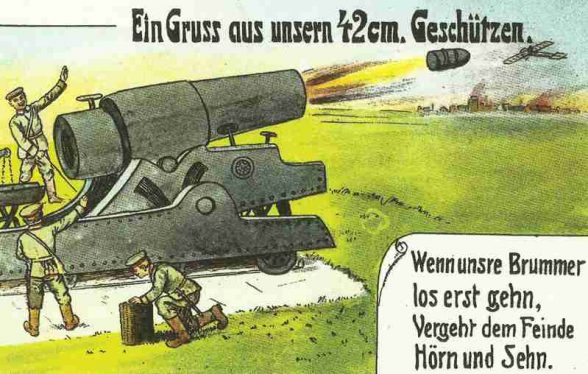 The success of the 42-.cm M-Gerät (M-device) against the Belgian-French fortifications dissolve in Germany for an unprecedented propaganda campaign. The ‘Big Bertha’ is celebrated as Germany’s first ‘Wonder Weapon’. 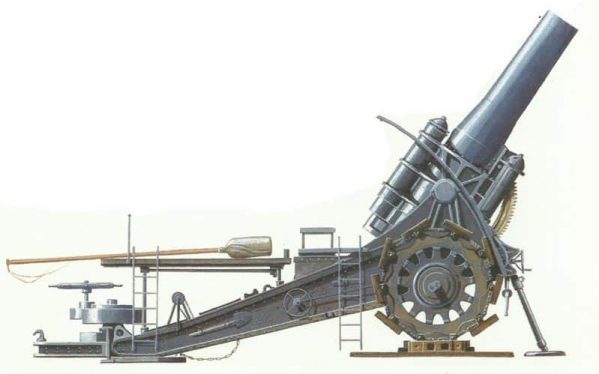