WW2 pictures from the Russian Front in 1944.

Pictures from a German soldier on the Russian Front in 1944. The Narva front in the Baltic States from the first half of the year and from Poland from the Vistula Front during the second half.
With the increasing duration of WW2 many materials became more and more scarce, including films for cameras – and as you can see here also calendars. Because of this, pictures from the last year of WW2 are much rarer, unfortunately. 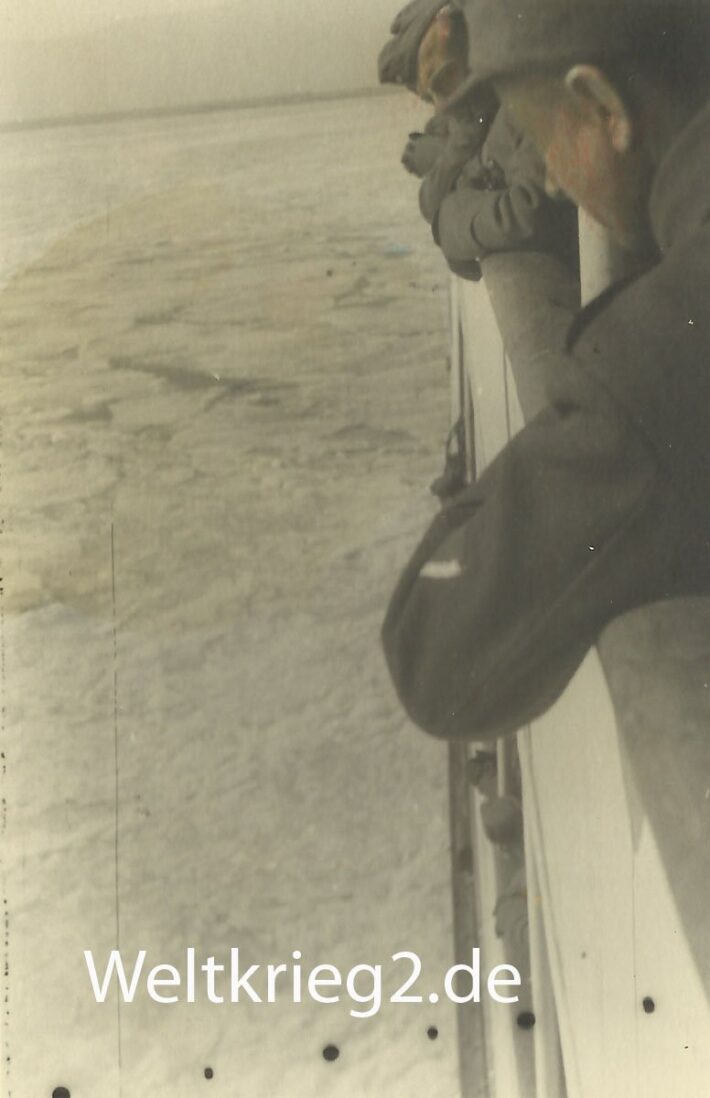 Transport via the icy Baltic Sea to the Baltic States. 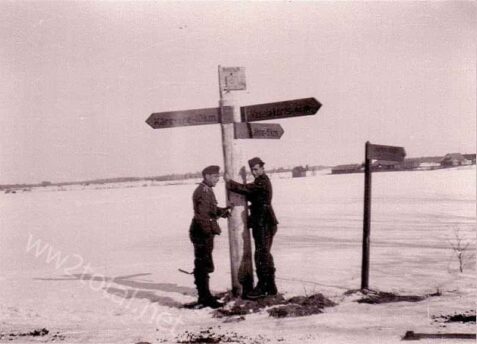 The first picture from the Russian front at a road junction in Estonia. 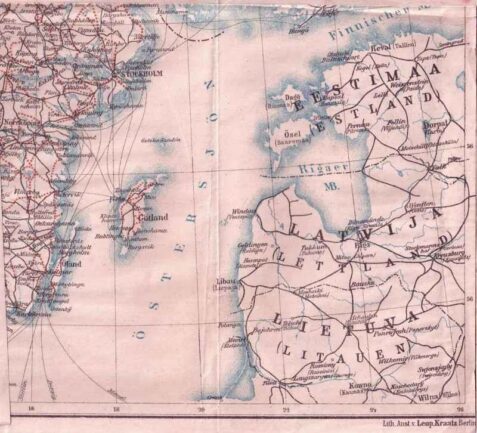 German army map of the grandfather of the author from Estonia. The town of Hapsal at the coast opposit the island of Ösel is marked. 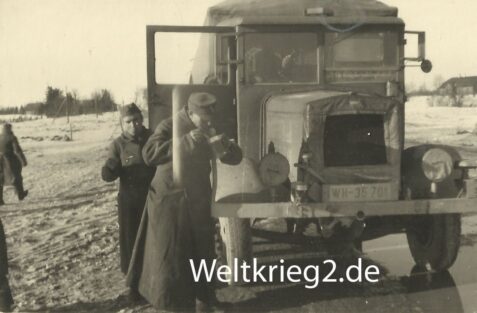 Drive to the Narva front. 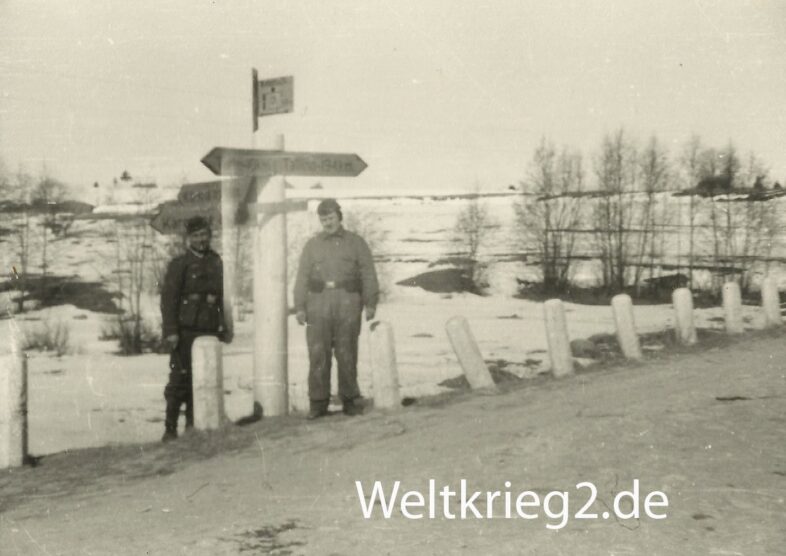 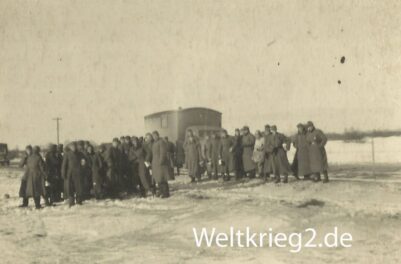 On the Narva front north of Pskov in February 1944 (photo of the author’s grandfather). 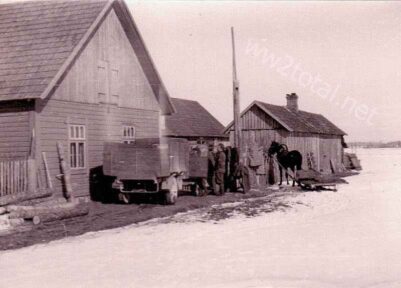 Sleigh with horse and truck at the Russian front in Estonia. 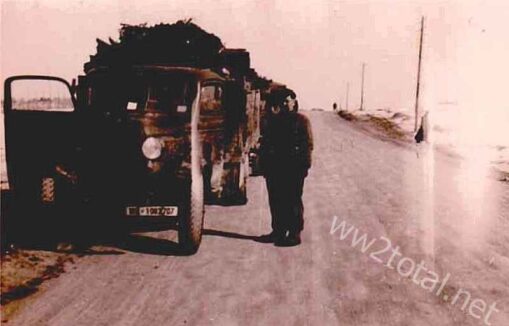 Somewhere on the Russian front with a truck loaden with wood. 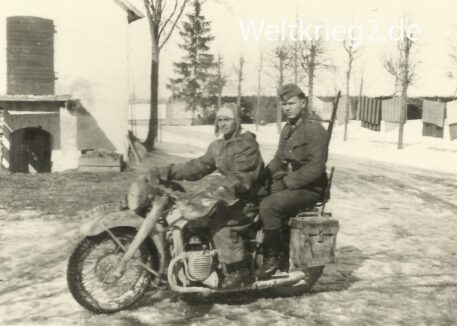 On the Eastern Front the grandfather of the author was deployed as a motorcyclist messenger. 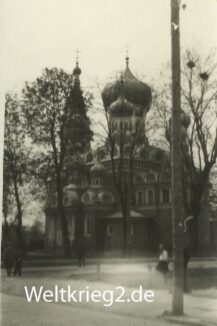 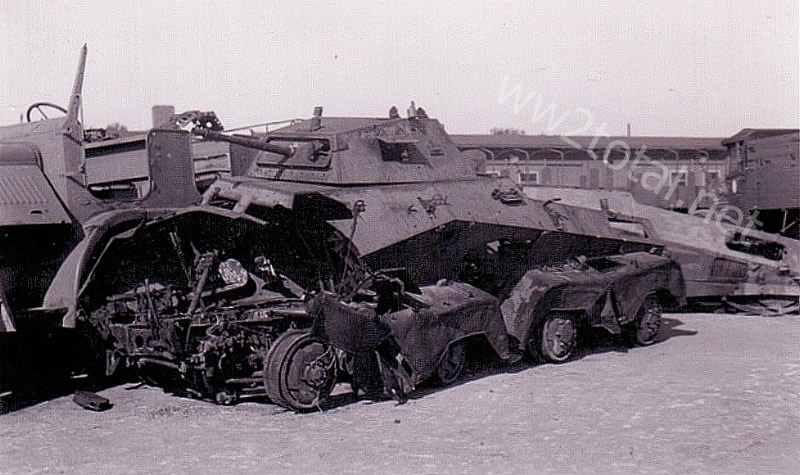 It seems that there is not much to repair anymore at this in Poland destroyed German heavy armoured car SdKfz 231. 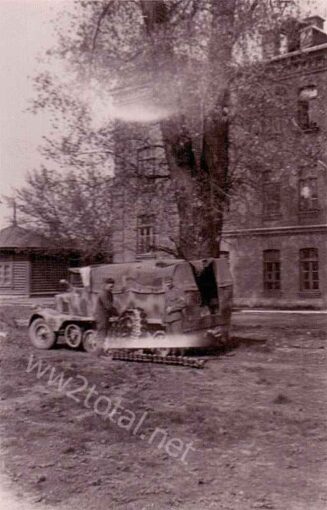 Changing a track on a medium five tons tractor. 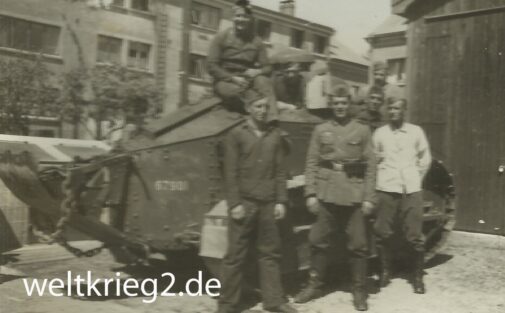 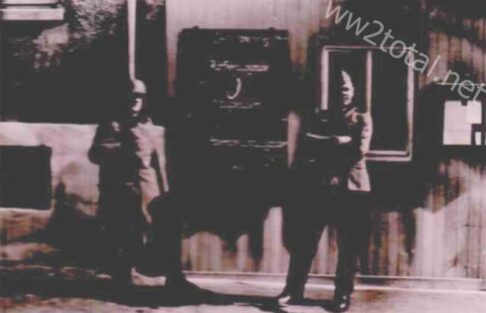 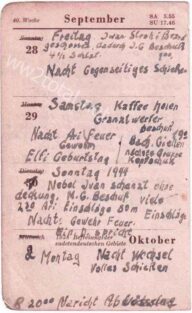 Extracts from the daily diary entries of the grandfather of the author: Friday, September 28th, 1944: Ivan (the Russians) has shot straw to a fire, because of this I.G. (German infantry guns) firing. 4 1/2 hours sleep, at night mutual shooting. Saturday, September 29th: fetch coffee, grenade launcher fire, at night artillery fire. Elfi (a woman or girl in Germany) has birthday. Soldier Bach from Giessen from next (?) group killed at 7 p.m. by head shot. Sunday, October 1st: Fog, Ivan (the Russians) is constructing field fortifications without cover. Machine gun fire, at 2:30 many artillery shells in less than 90 yds. At night rifle fire, a D. (?) is speaking. Monday, October 2nd: at night varying shooting. At 8 pm message about the day of relief (for this day, there is a printed information in the calendar: 1938, the day of liberation of the German Sudeten territories [at the border to Czecheslovakia] ). 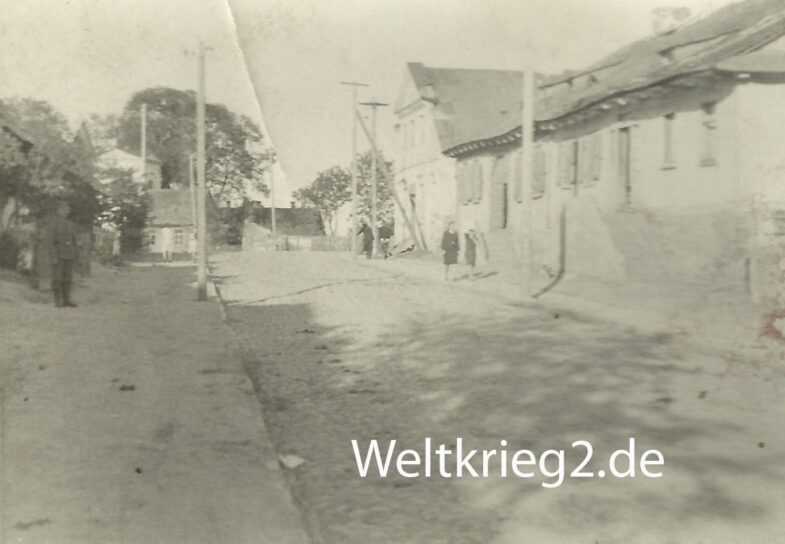 In the rear erea of the front in Poland. 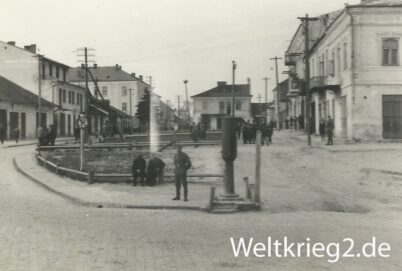 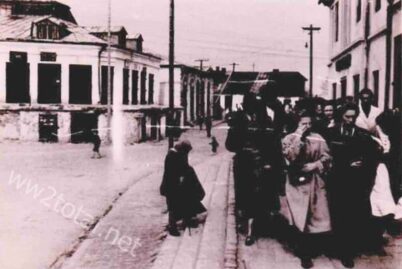 A funeral in Poland. 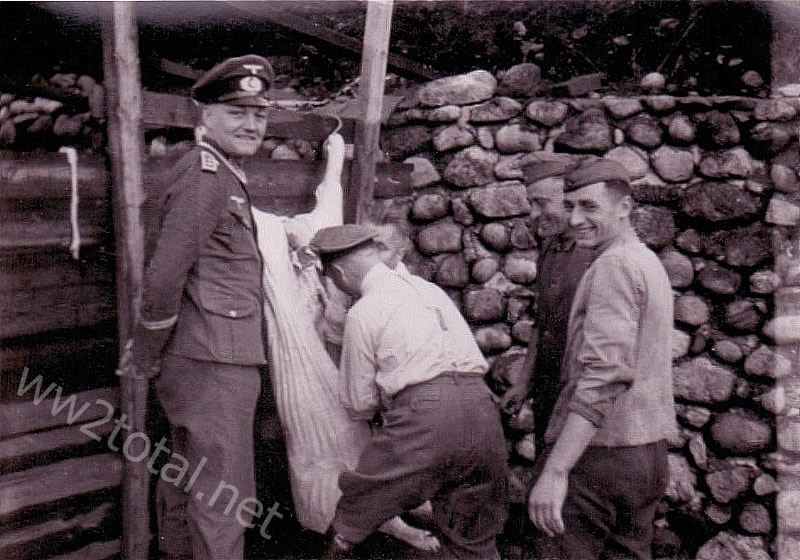 Meet for the soldiers