One hundred and sixty years ago, on April 12, 1861, the Confederate attack on Fort Sumter in Charleston Harbor began what was the prelude to the American Civil War.

As the inhabitants of Charleston, South Carolina like to explain to strangers, the harbor of Charleston is located where the Ashley and Cooper Rivers meet to form the Atlantic Ocean.

In the spring of 1861, the attention of most of the American nation was focused on Charleston Harbor and, in particular, on the three U.S. federal forts that guarded it: the Revolutionary War-era Fort Moultrie on Sullivan’s Island, the equally ancient Castle Pinckney near the mouth of the Cooper River, and the still-unfinished Fort Sumter on an artificial island near the entrance to the harbor.
For although South Carolina now insisted it was no longer part of the United States, the government in Washington retained control over these three areas, which were legally U.S. federal property.

Prelude to the Civil War

Governor Francis W Pickens, who considered himself head of South Carolina after secession, sent emissaries to Washington to negotiate the surrender of the forts to South Carolina. The sedate President James Buchanan officially refused to meet with them, although unofficially he let it be known that he would avoid any action that would precipitate a crisis.
Buchanan’s main goal in 1861 was to hand over his office to Lincoln without triggering a war. After all, he figured, it was Lincoln’s election in the first place that had precipitated the Union crisis – so it was only appropriate that Lincoln deal with it.

The man on the spot in this situation was Major Robert Anderson, who commanded the tiny Union garrison at old Fort Moultrie. He had been handpicked by Buchanan’s Virginia-born Secretary of War, John B. Floyd, because Anderson’s father had successfully defended Fort Moultrie against a British invasion during the American Revolution and because Anderson himself was from the South and a staunch slaveholder.
Floyd’s subsequent actions indicate that he hoped Anderson would be cooperative with his ‘hosts’ in Charleston and graciously surrender the forts when the time was right. Anderson, however, was a serious and determined professional military man who regarded his commission as a special vote of confidence.

Concluding that Fort Moultrie was indefensible, Anderson moved his garrison to the still incomplete but nearly impregnable Fort Sumter on December 26, 1860.
South Carolinians were furious, remembering President Buchanan’s ‘promise’ to maintain the status quo. As a result, they accused the federal government of breaking its word.
U.S. Secretary of War Floyd was almost as outraged and considered ordering Anderson to return to Fort Moultrie. But after hesitating for a week, Buchanan finally concluded that Anderson had acted in accordance with his discretionary orders. Therefore, he refused to order a return.

Meanwhile, troops from South Carolina occupied both Fort Moultrie and Castle Pinckney and began to build a ring of batteries around Fort Sumter. The most important works were erected at old Fort Johnson and at Cummings Point, where the Charleston militiamen built a battery protected by an iron shield. Both sides called it the ‘Iron Battery’.
In addition, shells could reach Sumter from Fort Moultrie and from a floating battery anchored off the tip of Sullivan’s Island.

In January, the Buchanan administration sent the merchant steamer Star of the West to Charleston with reinforcements and supplies for Anderson’s trapped garrison. Forewarned by Southern sympathizers in Buchanan’s cabinet, South Carolina artillerymen stood by and opened fire on the unarmed ship. The first shot was fired by a young cadet from the Citadel.
Left in the dark as to what his duties were in such a situation, Anderson hesitated to return fire, whereupon the Star of the West veered off and headed back out to sea.

From January until Lincoln’s inauguration in March, both sides held an uneasy truce in the harbor. Charleston residents worked hard to improve their fortifications around the fort, and Anderson’s men worked to complete Sumter’s fortifications and mount several more artillery pieces.

On February 18, 1861, Jefferson Davis was sworn in at Montgomery, Alabama, as the first and, as it would turn out, only president of the Confederacy. The burden of deciding Fort Sumter’s fate thus passed from Pickens to Davis. The new president sent envoys to Washington to negotiate, but he also sent Brigadier General P.G.T Beauregard to Charleston to take command of Southern troops there.

Two weeks later, Abraham Lincoln was sworn in as the sixteenth President of the United States in Washington and in his inaugural address vowed to ‘hold, occupy and preserve’ federal property in the South. With that, the battle lines were clearly drawn.

Based on information that Anderson’s supplies were running low, Lincoln ordered preparations for a relief expedition to Fort Sumter in early April. Despite attempts by Secretary of State William Seward to subvert this, having promised Confederate envoys that the government would evacuate the fort, the expedition began on April 6.
Lincoln also notified South Carolina’s Governor Pickens of the expedition, deftly passing the ball to the South. Pickens forwarded the information to Davis, who on April 10, after discussing the matter with his cabinet, sent a telegram to Beauregard ordering him to demand the surrender of Fort Sumter and, if refused, to ‘reduce the fort’.

The next day, Beauregard dutifully made his demand on Anderson, who refused to surrender. But to prevent bloodshed, he informed Beauregard’s emissaries that his supplies were so low that food shortages would in any case necessitate his surrender in a few days.
Herein lay a possible solution to the perplexing situation. After a delay of several hours while Beauregard conferred with Confederate President Davis, the emissaries returned to Fort Sumter after midnight, and thus on April 12, 1861, to ask Anderson exactly when the fort would be surrendered. Anderson replied that it would have to be done by noon on April 15 if the fort was not resupplied in the meantime.
Unfortunately, Beauregard’s emissaries considered this answer unsatisfactory and informed Anderson at 3:30 that they would open fire in an hour. At 4:30 a.m. a single gun from Fort Johnson fired a shell in a high arc toward Fort Sumter, which exploded some 30 yards above the ramparts. This was the first shot, which became the starting signal for the American Civil War.

The bombardment continued throughout the day and night. The U.S. government troops did not return fire until 7:00 a.m., when Abner Doubleday, Anderson’s second-in-command and the reputed inventor of the baseball, sighted a 32-pounder at the ‘Iron Battery’ and gave the order to fire. But the Union artillerymen’s fire was ineffective because Anderson refused to use his large-caliber guns on the exposed parapet and because he had no fuses for the explosive shells of his smaller guns. He therefore had to rely on cannonballs, which proved completely useless against the rebels’ protected batteries.

In the early afternoon of April 13, 1861, the second day of the shelling, a rebel shot struck the flagpole of Fort Sumter, which brought down the U.S. flag. Although it was soon hoisted again, however, Colonel Louis T. Wigfall (later Senator Wigfall of Texas) rowed over to the fort to ask once more if Anderson would surrender. With the fires at the fort raging out of control and no prospect of help from the U.S. Fleet Squadron, Anderson agreed.

On April 14, the U.S. garrison marched out of the fort onto rebel boats, which took the men to the Union squadron offshore. Incredibly, the only casualties on either side resulted from the explosion of a U.S. gun during the salute to the flag after the surrender.

Following the news from Fort Sumter, President Lincoln called on the U.S. states to provide 75,000 volunteers for three months to put down the revolt in the South. Both sides spent the next three months raising troops for a campaign. On July 21, 1861, the ‘First Battle of Bull Run’ occurred, which was called ‘Manassas’ in the South, and with it the American Civil War had become an inevitable fact.

Because South Carolina was the first state to secede from the Union, and because the first shots of the war were fired in its harbor, Charleston had special significance for both sides. During the war, Union forces made three large-scale attempts to capture Charleston, all of which were unsuccessful.

In May 1862, the commander of the Union blockading squadron off Charleston, Captain John B. Marchand, sailed some of his lighter ships through the barrier at the entrance to the Stono River and, after a brief investigation, sent a report to his superiors claiming that Union troops landed on the riverbank could march across James Island and capture Fort Johnson from the rear. The capture of this fort, Marchand argued, would render Sumter untenable and lead to the capture of Charleston itself.

Union troops for such an operation were quickly made available, but the Confederates had drawn a defensive line across the peninsula, two miles long west of Secessionville.
Nevertheless, U.S. Brigadier General Henry W. Benham ordered the attack on this position on June 16, 1862, which ended in a fiasco. Subsequently, Benham was even arrested for ordering the attack without consulting the commander-in-chief of the theater of war.

In April 7, 1863, a U.S. fleet of monitors (ironclads) and wooden steamships under Vice Admiral Samuel F. Du Pont attempted to enter Charleston Harbor. But the Confederates in Charleston had been preparing for such an attempt for practically two years and beat off the attack with ease.

The most serious Union attempt to capture Charleston and its forts occurred from July to September 1863. A Union army under Major General Gillmore landed on Morris Island and, with supporting fire from the Fleet Squadron, laid siege to Fort Wagner. An assault on July 18 failed, however, whereupon Gillmore continued with a siege for over a month.
By early September Gillmore was ready for a second assault, but by 7 September the Confederates had secretly evacuated the fort and Battery Gregg (the ‘Iron Battery’) behind it. Gillmore now attempted to take Fort Sumter, located behind it on its artificial island, but failed.

Thus Charleston, with its important port, could be held by the Confederates for a full additional year and fell only when Sherman’s ‘scorched earth march’ from Atlanta to Savannha in Georgia and then on to Columbia, the capital of South Carolina, cut the city’s rearward railroad connections. 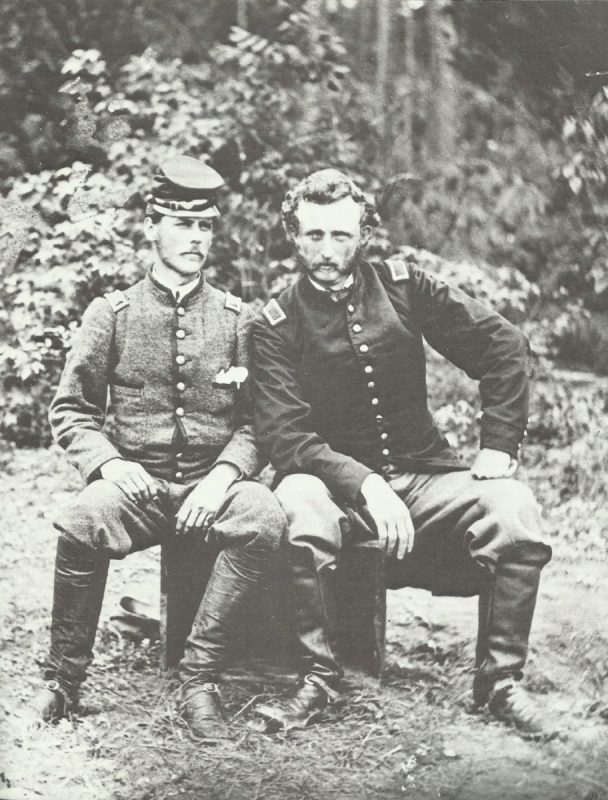 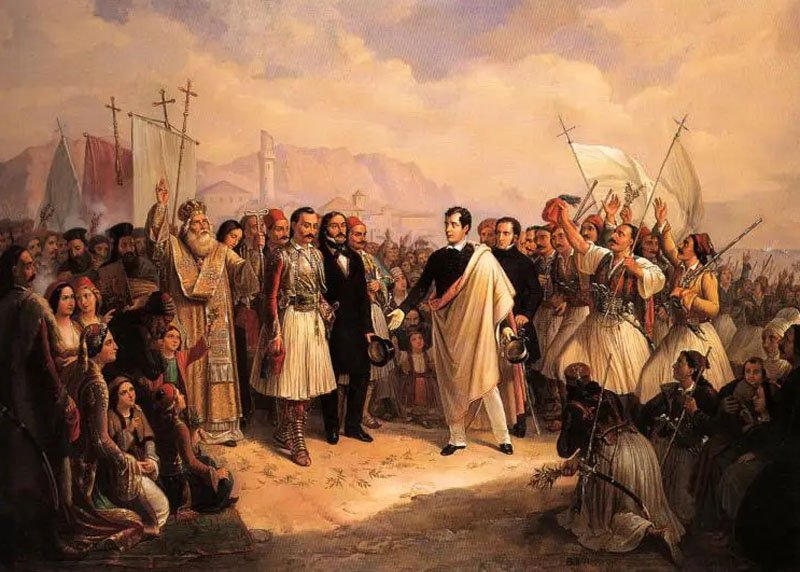 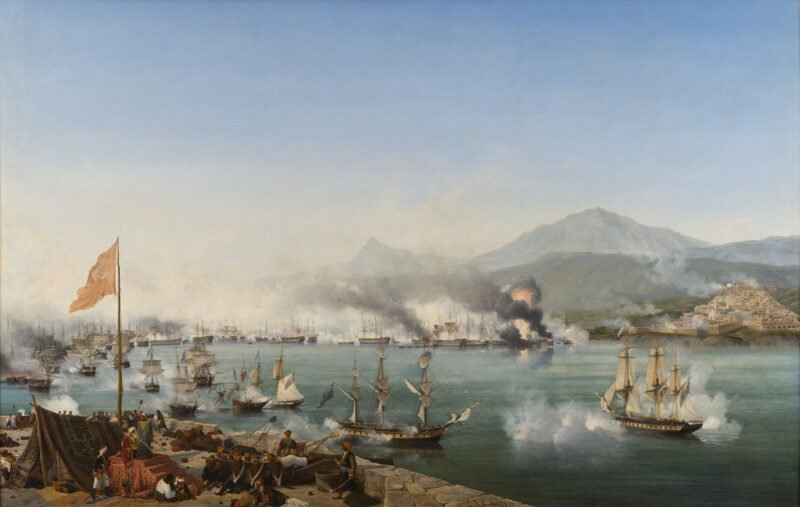