The idea of the Char d’Assaut Schneider (or Schneider CA) had been developed under the aegis of General Estienne, who imagined an armored tractor to tow armored sledges car­rying troops across the Western Front battlefields in a shock strike on Ger­man ditches.
For the groundwork of the armored tractor Estienne suggested making use of the track and chassis of the U.s. Holt farming tractor which at these days in 1915 turning into an extensively employed artillery tractor.

By simply speaking straight to General Joffre, the French C-inC, Estienne managed to get assistance for his prop­osal, and the armament company Schneider became associated as the de­velopment bureau.

The initial plans required 200 Schneider CA’s by the end of 1916, nevertheless design and manufacturing were so time-consuming that it was not before the middle of 1917 that significant tanks were ready for action.

The Schneider CA appeared as what was fundamentally an armored container placed over a basically unaltered Holt tractor suspension and track. The container equipped a pair of machine guns along with a short 75-mm M1897 (2.95-in) gun to the right side forward. The engine produced 55 hp (41 kW) and was supplied from a pair of petrol tanks which were placed close to the machine-gun mountings.
These tanks turned out extremely vulnerable to German fire, to the degree that one armor-piercing round could set the tank burning, a destiny that befell numerous Schneider CA’s after they moved into battle.
Top armor thickness was 11.5 mm (0.45 in), improved to 19.5 mm (0.77 in) on later tanks.

The concept of the armored personnel­-carrying sledge had been abandoned, and the Schneiders were used primarily for infantry support in the way of the day. They demonstrated to be below effective in this purpose, for their cross-­country characteristics were seriously limited. 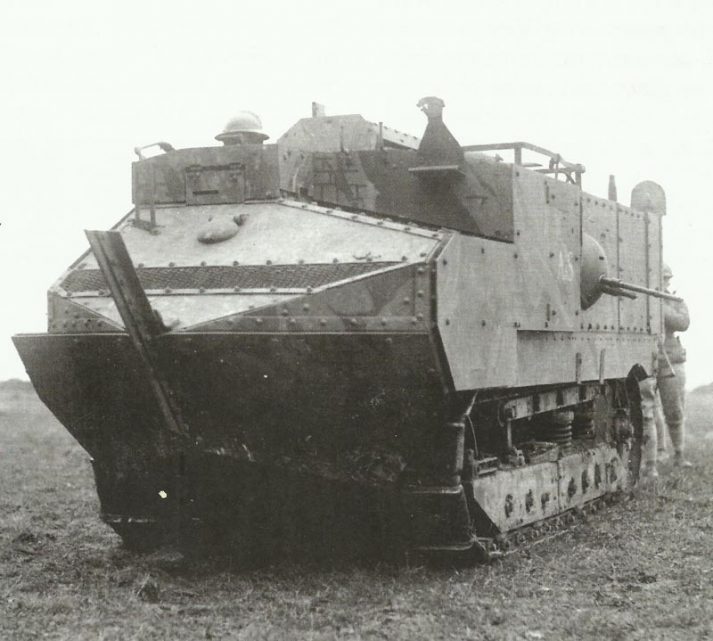 The Schneider tank was the first French design. But there followed endless delays in production, largely because of shortages of armour plates. 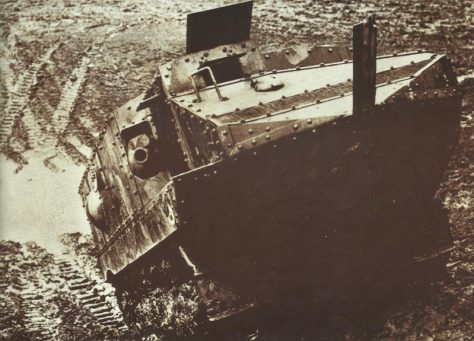 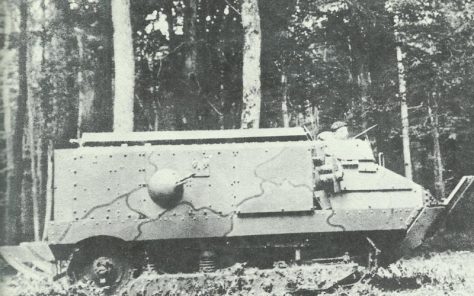 Side view of a Schneider tank. 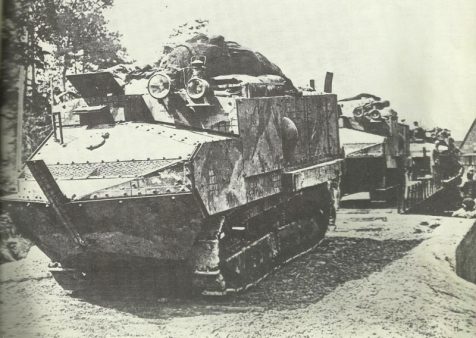 Schneider tanks on the march to the front. 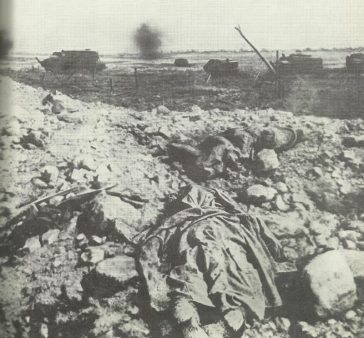 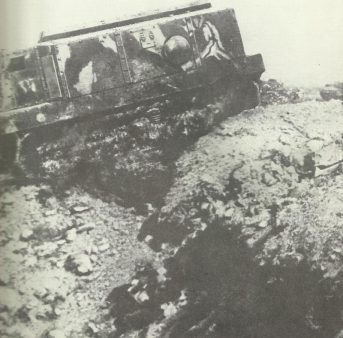 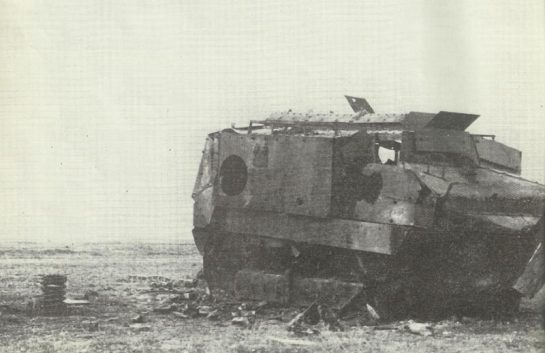 Schneider tanks destroyed by German artillery fire, which were exploited by the French to obtain spare parts. 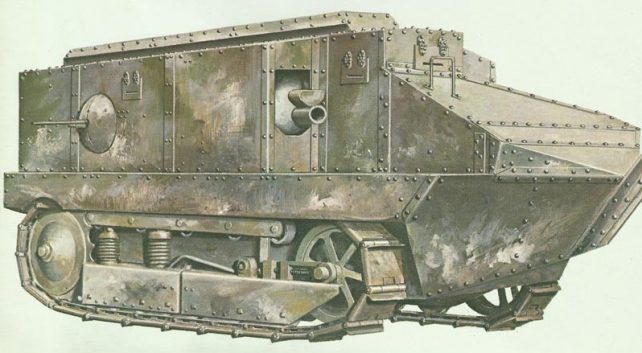 By May 1917 a number of 300 had been manufactured, but afterwards the gun model was exchanged in manufacturing by the Schneider Char de Ravitaillement stores-carrying model, on which the right-hand gun position was exchanged by a door opening into the stores-­carrying section. Extra 8-mm (0.31-in) armor was put onto the sides of most tanks as the response of experience in battle, and possibly the best element expressed by the Schneider CA was that as the consequence of rough ex­perience the French army discovered how to apply and maintain armored vehicles in the field.

The French established their first armor school at Champlieu in October 1916 and very quickly found out that insufficient maintenance and absence of spare parts could eliminate a tank from the field as effectively as enemy fire.

A number of the first missions were fiascos as the consequence of insufficient schooling and maintenance, a popular of these being the assault on the Chemin des Dames in April 1917, when Seventy-six out of a total of 132 Schneider CAs engaging were sacrificed.

The last Schneider CA was produced in August 1918, but at that time, attri­tion and progress towards the Renault FT-17 had minimized the numbers operating to below One hundred.
Many of these were the unarmed transport model, however the gun Schneiders had taken their part in several missions during 1918, having an amount of good results in a few. However, the Schneider CA was an unsound and indifferent tank on the Western Front and turned out too vulnerable to getting fire when hit.
The most beneficial that may certainly be mentioned of them is that they educated the French army considerably concerning the restrictions and possibilities of armored warfare.