The introduction of the Schneider tank had by-passed the ordinary French military supply paths, which made upset several of the ordinary supply administrators to the point that they chose to pro­ceed using their particular tank model. Employing Colonel Rimailho as the developer, the French army started manufacturing its very own unique model, and by beginning 1916 the original prototype had been constructed at the Saint Chamond plant at Home­court, from which the fresh tank be­came commonly called the Char d’ Assaut St Chamond.

Just like the Schneider CA, design and manufacturing were time-consuming, so it wasn’t till May 1917 that the first service tanks were in action.

Even for a ‘first try’ the St Chamond CA (Char d’ Assaut) had a number of uncommon characteristics. Similar to the Schneider CA it was based on the suspension, track and chassis of the Holt tractor, however on the St Chamond CA the track was extended to deliver a lot more track size on the ground. The force to the track was unconventional in that a petrol engine was adopted to drive an electric transmission.

Although pet­rol-electric transmission performed, it was also a weighty and cumbersome technique that resulted in the projected design weight was exceeded by more than Five tons. This overweight aspect was not given a hand to the layout of the hull, which ex­tended both forward and to the rear of the track to the amount any time the tank had to traverse difficult ground or cross actually the smallest trench it became trapped as the hull dug in. 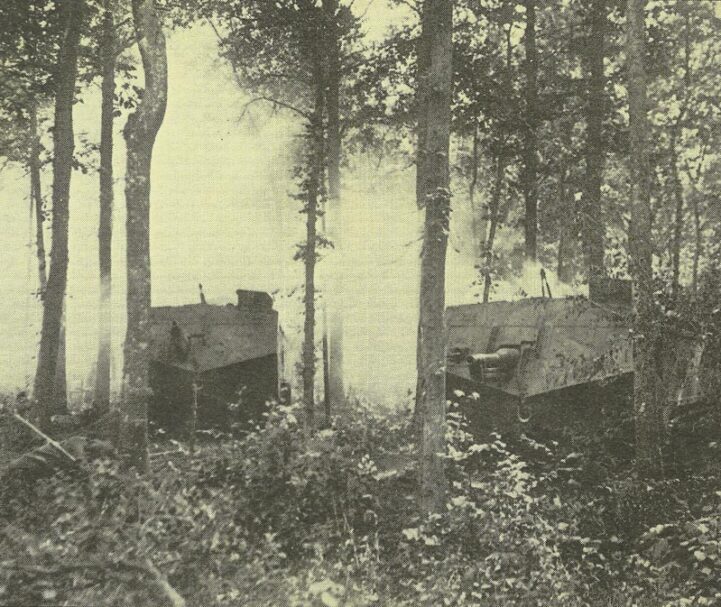 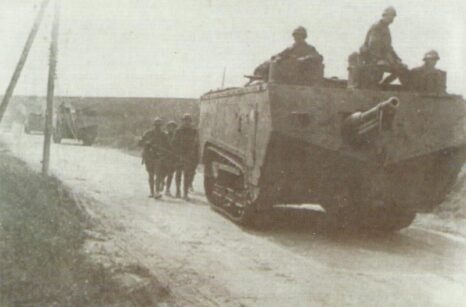 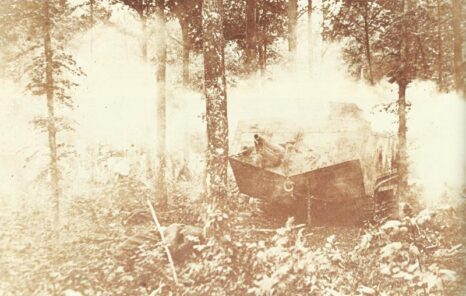 St Chamond tank on the march to the front through a forest. 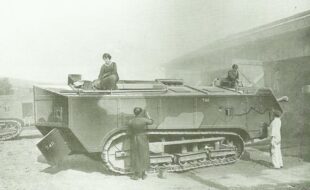 A St Chamond tank is camouflaged in the factory before delivery. 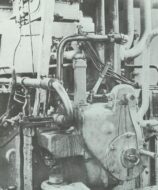 The open engine of the St Chamond tank inside.

Operating this turned out a consider­able disadvantage, for the Germans quickly discovered the St Chamond CA’s inadequate trench-crossing ability and increased their trenches consequently. The St Chamond CA fitted a con­ventional Canon de 75-mm (2.95-in) field gun right in front of the hull, and it was possible to install as many as 4 machine-guns around the hull.
Max­imum armour thickness was 17 mm (0.67 in).

The unfavorable cross-country perform­ance of the St Chamond CA so severe­ly limited its use in battle as 1917 moved on that the type was gradual­ly replaced by the modern Renault FT-17, and several were reconstructed as St Chamond Char de Ravitaillement supply vehicles. They took part in their final significant battle as gun tanks in July 1918, when 131 took part in a counter­attack near Reims. After the war, there were just Seventy two out of the pro­duction run of Four hundred remaining operating.

While the St Chamond CA received numerous innovative characteristics that directed the way forward (the front-mounted 75-mm/2.95-in gun, the petrol-electric drive the extended track), it was generally an unsound layout of inadequate cross-country capability, and in battle turned out to be just have restricted benefits.