The 3.7 cm PAK 36 was the standard German anti-tank gun at the outbreak of war. It was more or less on equal terms with its contemporaries and capable of dealing with most of the tanks of its day. It had been developed in the early 1930s by the Rheinmetal Company of Düsseldorf and the first issues were made in 1936. A number were sent to Spain to be used in the Civil War and several were sold to Russia.

The design of two-wheeled split-trail carriage was efficient and highly maneuverable, and the basic layout was widely copied in other countries, notably in the USA and Japan. Its penetrative performance could have been better, but it was sufficient and it was more than compensated for by its mobility.
After 1940 it was outmatched by the improvements in armor and tank guns and it was replaced by the 5cm PAK 38.

In an attempt to turn them into something useful large numbers were scrapped and their carriages used for other and newer guns. But according to one German source there were several thousands of these weapons built, and large numbers were retained in service; in the hope of providing them with a suitable anti-tank performance the ‘Stick Bomb’ or Stielgranate 41 was introduced.

This was a large hollow charge bomb of 19lbs weight mounted on a stick, with a perforated tail boom carrying fins. The stick was loaded into the muzzle so that the tail boom and fins surrounded the gun barrel. A special blank cartridge was then loaded and used to fire the stick bomb to a maximum range of 800 meters. Due to its low velocity the normal engagement range was restricted to 300 meters, and the massive hollow charge could penetrate 180 mm of armor. 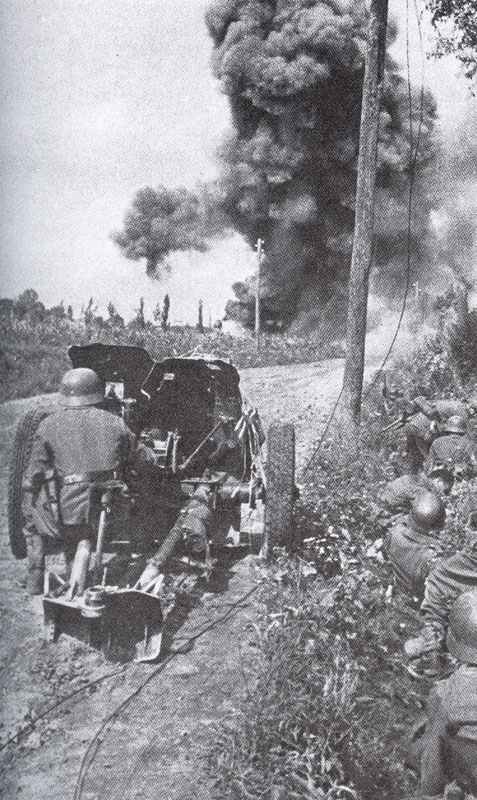 3.7cm PAK in action during the opening stage of Operation Barabarosso in the summer of 1941: The PAK was moved on the road outside the village and finally destroys the tanks. 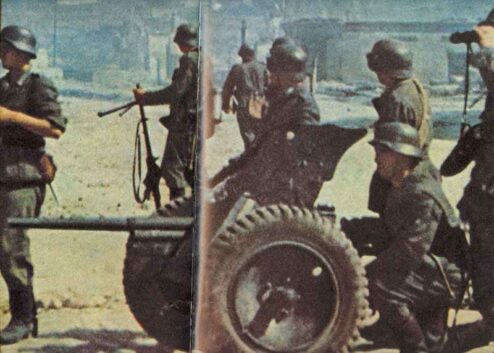 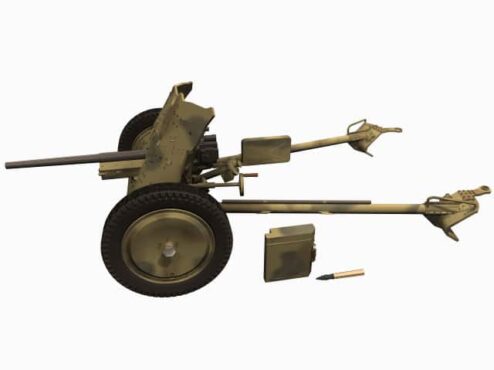 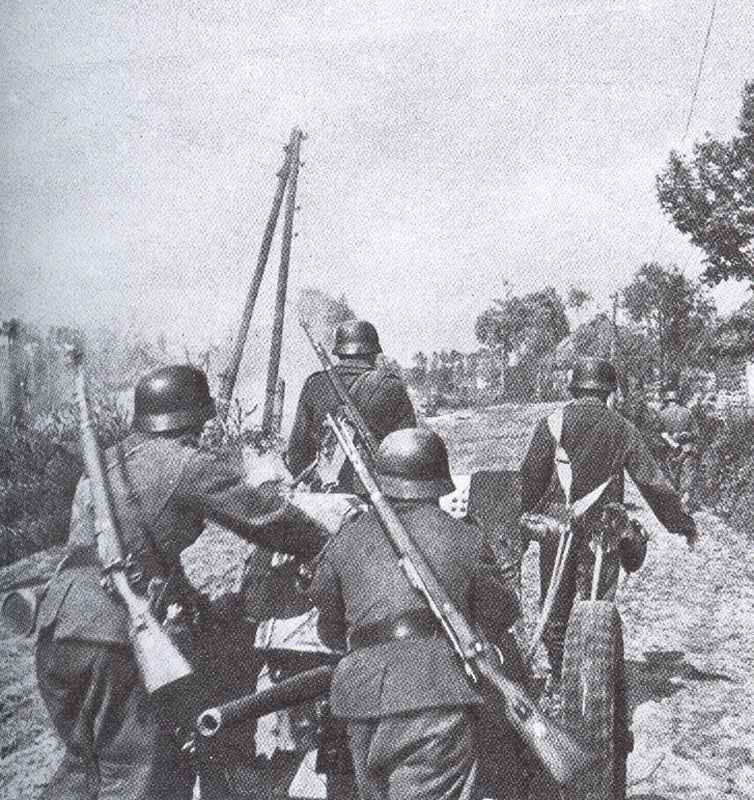 3.7cm PAK in action during the opening stage of Operation Barabarosso in the summer of 1941: During the fighting for a Russian village, some Russian tanks are attacking. The PAK is moved quickly on the road outside the village.

It is believed that large numbers of these were used with good effect against Soviet tanks, and certainly some were used against British and American armor in Normandy in 1944; where the close country favored the short range of this weapon.

The normal ammunition was of two types; a steel AP shell with a small ex­plosive charge which detonated after penetration, and a tungsten cored shot.