The Wespe (Wasp) was designed by Alkett early in 1942, and was chosen as the most practical self-propelled mount for the leFH18 over the Panzer 3 and Panzer 4.

As an interim measure, the Wespe proved a great success and in February 1943, all further Panzer 2 chassis were ordered to be used for its production. The initial order for 1,000 was cut back to 835 late in 1943. This total included 159 (without leFH18/2) designated Munitions-Sf auf Fgst PzKpfw II (Ammunition-SP on chassis (of) AFV II) which carried 90 extra-rounds with a crew of three.

The Wespe was built on a modified Panzer II (PzKpfw II) chassis with the hull slightly lengthened, the engine moved forward, line glaces extended and the cooling-system louvres completely re-designed. The suspension was altered slightly by reducing the number of return rollers from four to three, and by adding spring bumper stops for the road wheels to absorb the recoil loading. The driver occupied a small compartment forward, next to the transmission, and separated from the remainder of the crew who were located in the rear fighting compartment which was built up from sloping plates. The design of the Munitions-Sf version still allowed the installation of the leFH18/2 by Field Maintenance as replacement for unserviceable Wespe.

The Wespe was issued to SP detachments of the artillery regiments in Panzer and Panzergrenadier divisions. Its first major action was at Battle of Kursk 1943 in Russia, and it saw active service in the east, west and south-west until the end of the war. 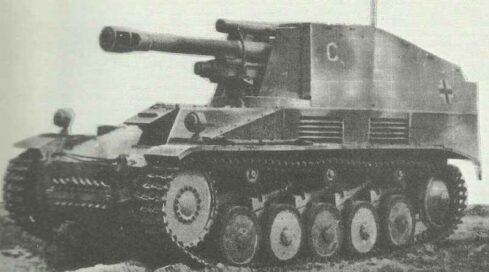 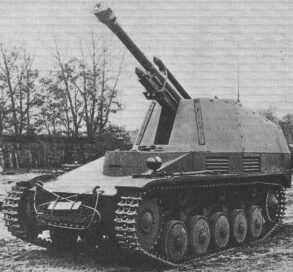 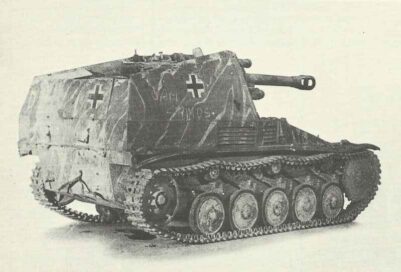 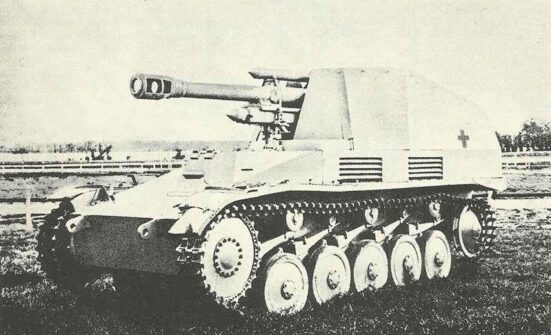 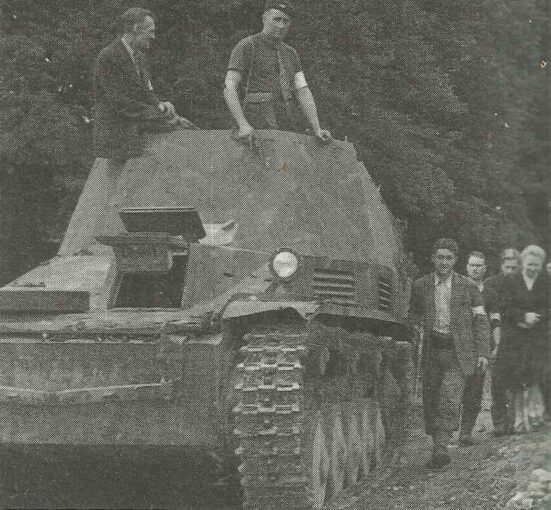 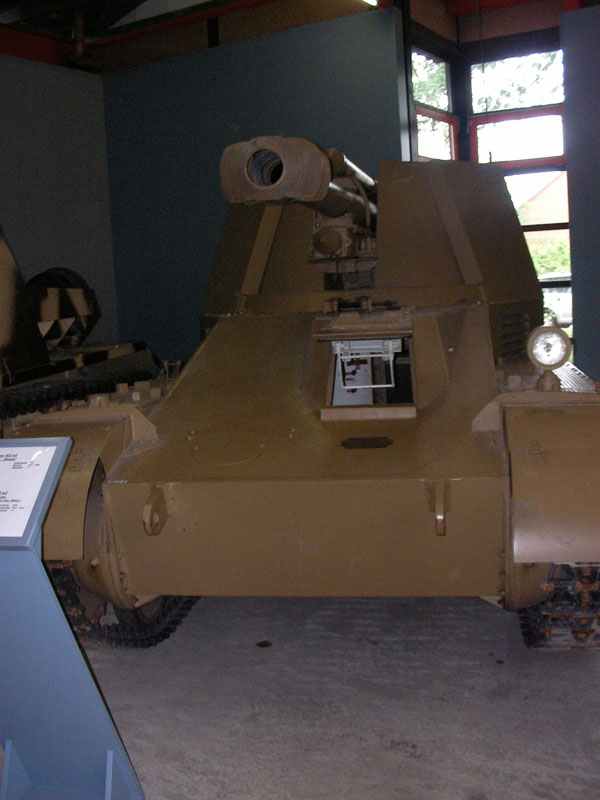 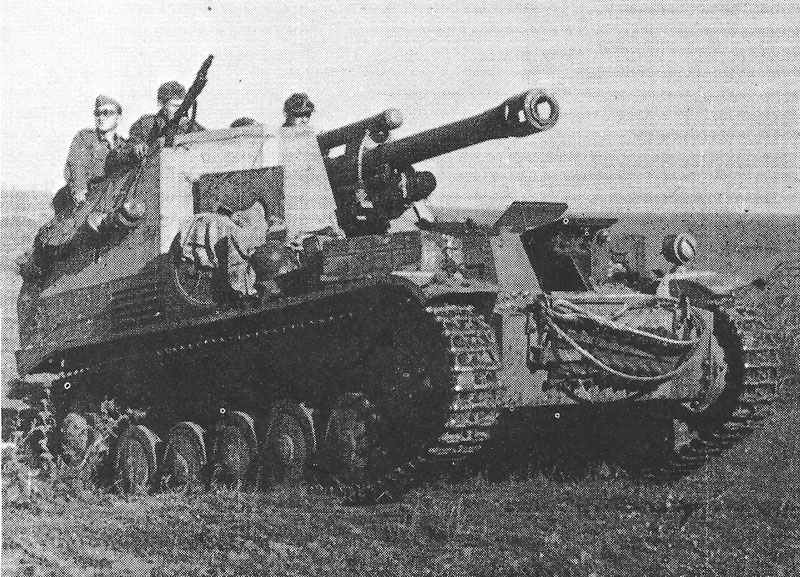 SdKfz 124 Wespe in action at the front.