One of the most successful classes of capital ships ever built, the five units of the Queen Elizabeth class were also the first true fast battleships. This re­sulted from the decision to mount 381­-mm (15-in) guns, the current British 343-mm (13.5-in) weapon being already surpassed by larger foreign calibers. Though there was no question of building ships large enough to take the accepted 10-gun main bat­tery, an eight-gun battery was deemed acceptable as its broadside weight was 6,940 kg (15,300 lb) compared with the 6,350 kg (14,000 lb) of 10 x 343-mm (13.5-in) guns. The abandonment of the amidships turret was further advan­tageous in that the machinery spaces beneath were not fragmented. As a result the 29,000-shp (21,625-kW) machinery of the preceding Iron Dukes could be increased to 75,000 shp (55,927 kW), giving 24 kts despite a larger hull. With improved speed and gun range, the Queen Elizabeths were judged able to accept protection on a slightly reduced scale and their greatly increased bunker require­ments were met by the adoption of all-oil firing.

One drawback was that much bunker space lay between the outer skin and the longitudinal ‘torpe­do bulkheads’. As oil is in compressible this space could no longer satisfactori­ly absorb an explosion; moreover, if essentially empty it could well be filled with an explosive vapor.

The three 1915 units were HMS Queen Eli­zabeth, HMS Warspite and HMS Barham, while the two 1916 units were HMS Valiant and HMS Malaya.
The powerful 16 x 152-mm (6-in) secondary battery was feasible only by siting the majority in casemates, a layout already so completely discre­dited as to guarantee that only the name ship was thus completed.

Four of the class were present at Jutland as the homogeneous 5th Battle Squadron which, because of its speed, was attached to Beatty’s battle-cruiser force rather than to the main body of the Grand Fleet. They thus became heavily engaged at a critical point of the battle. Between them they suffered 27 major caliber hits, the Valiant com­ing through unscathed but the Wars­pite taking 13. They were well able to absorb it and all were again fully oper­ational by the following month. All were modified in varying degrees be­tween the wars and all were active in the WW2, in which only the Barham became a total loss.

Lying in the stream on a starboard anchor, with the port anchor ‘a-cockbill’, the ‘Queen Elizabeth’ presents a peaceful scene with awnings rigged.

The ‘Queen Elizabeth’ toward the end of World War One, recognizable by her masts of virtually equal height. Soon after this, aircraft flying-off platforms were added to each of the superimposed turrets. The lighting puts the casemate guns into high relief, only the forward ones being fitted. The spotting ballon lies beyond.

HMS Warspite in World War One.

Battleship HMS Malaya in World War One from aircraft view. 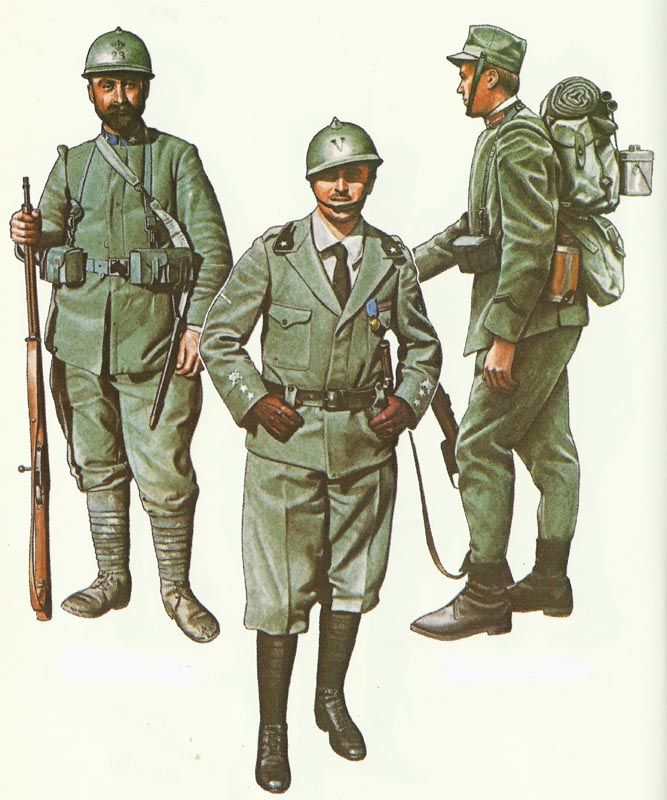 The Italian Army in World War One. Uniforms, strength, units and corps, organization and casualties from 23 May 1915 to 3 November 1918. Similarly to…