Anthony Fokker’s Eindecker (literally ‘one wing’) monoplanes were the man­ifestation of his design philosophy combining maneuverability with a syn­chronized machine-gun of acceptable reliability. The original M5k prototype was in effect an approximate copy of the prewar French Morane-Saulnier Type H monoplane and was first flown in 1914, entering production early in 1915 as the Fokker E I. In this Fokker incorpo­rated the LMG 08/16 7.92-mm machine-gun with a mechanical inter­rupter gear designed by the en­gineers Luebbe, Heber and Leimber­ger.

Fokker himself flew a number of demonstrations with operational units in May 1915, and by mid-July 11 ser­vice pilots of Feldfliegerabteilung (FlAbt) 62 at Douai were flying the E I, among them Lieutenant Oswald Boelcke. Another pilot soon to be instructed on the E I was Immelmann.

The E I was something of a makeshift aircraft, rushed into production with an 80-hp (60-kW) Oberursel rotary, and was joined in service by the E II which had wings of reduced area in an attempt to increase speed, but this re­sulted in the aircraft being more difficult to fly and so was less popular.

The main version was the E III, of which the first example reached the Western Front in August with a 100-hp (75-kW) Oberursel U I, and it was at the controls of this version that plots such as Boelcke, Immelmann, von Althaus, Buddecke, Parschau and Wintgens were to create the legend of the monoplane’s invincibility.

Indeed, it was only the fast-growing number of victories being gained by the front-line pilots that reversed an order grounding the Fokker following a number of fatal crashes back in Ger­many. One further version, the E IV, was produced in small numbers, this being powered by a 160-hp Oberursel two-row rotary, and a special example was prepared for Immelmann equip­ped with three synchronized guns.

It has been suggested that only when a Fokker E III fell intact into Brit­ish hands on 8 April 1916 could an anti­dote be developed to counter the ‘Fok­ker scourge’. This is not correct as the Fokker’s decline in fact began as early as January that year with the arrival in service of the excellent little Nieuport XI, and with the arrival in service the following month of the RFC’s first D.H.2 unit, No. 24 squadron, under Lanoe Hawker.

Moreover, contrary to general tradi­tion, the Fokker’s gun armament was far from reliable, its ammunition not being wholly suitable for aircraft use, while the gun itself was prone to freez­ing. Be that as it may, the Eindecker was certainly good enough to hold sway over France fo almost a year.

Fokker single-seat fighter EI. With its help it is possible for the Germans to establish some air superiority to the end of 1915. 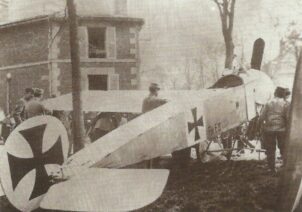 One of the first true fighters, a Fokker E monoplane captured on the Western Front. 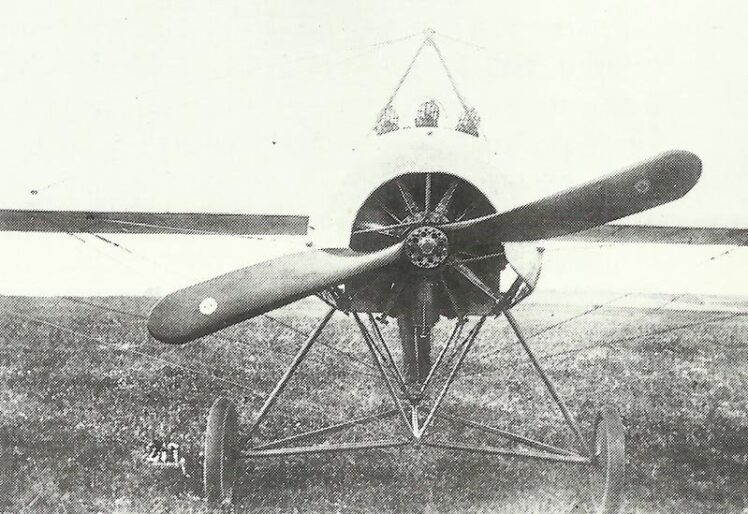 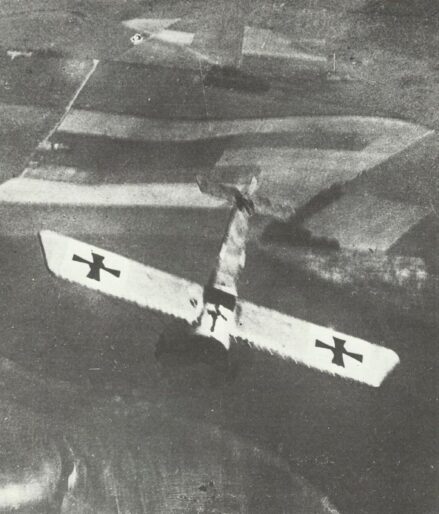 A Fokker E monoplane goes into a dive for attack. This mediocre fighter has a rigid MG, which can shoot through the propeller circle and is raging havoc among Allied planes. 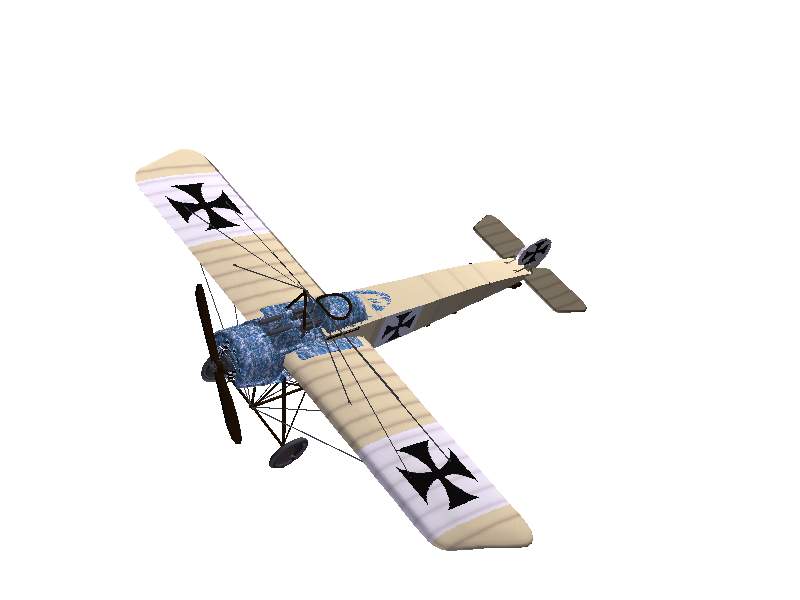