These pictures were taken during the sea transport of the German 214th Infantry division to Norway. 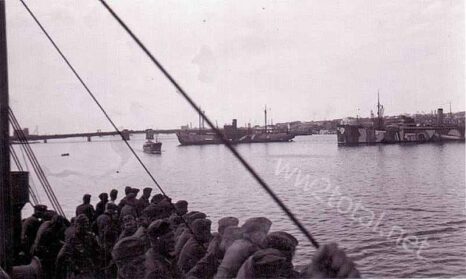 The soldiers are watching on deck when the ships are leaving the port. 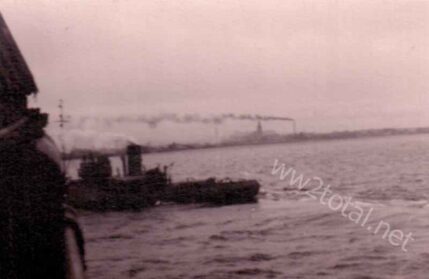 The German troop convoy is leaving Aalborg in Denmark in direction of Norway. 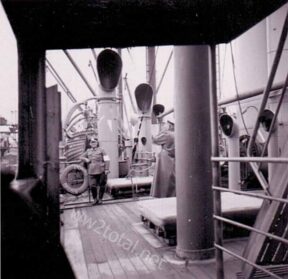 Officers (captain Krebs and Engel) of the 214th Infantry division on deck. 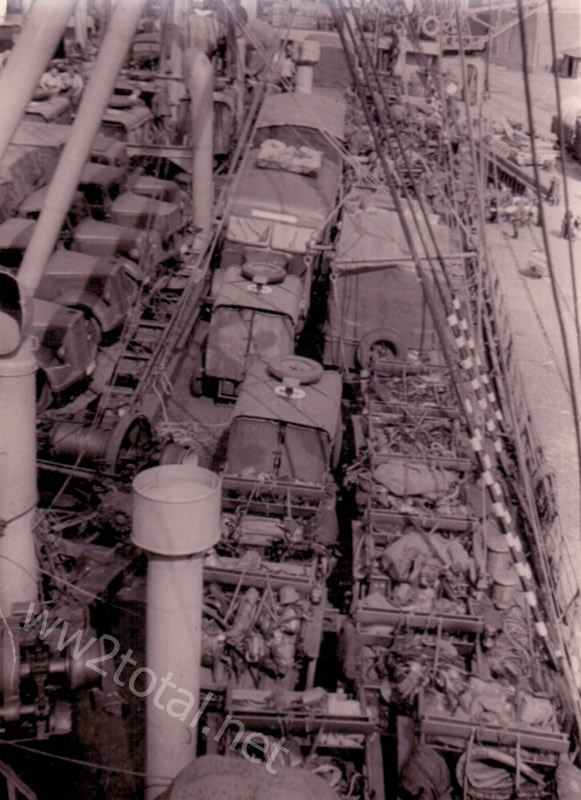 Vehicles of the 214th Infantry division are loaded on deck of the ship. 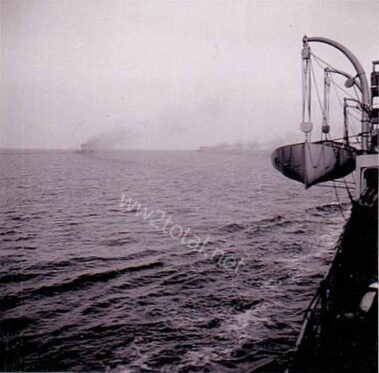 The smoke plumes of the ships of the convoy can be seen. 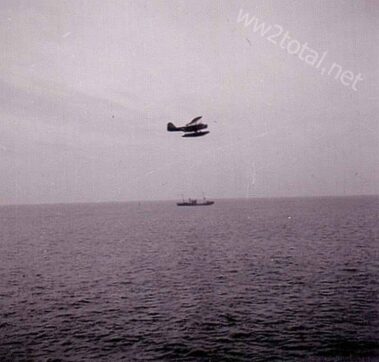 A Heinkel floatplane is on patrol over the convoy, searching for British submarines. 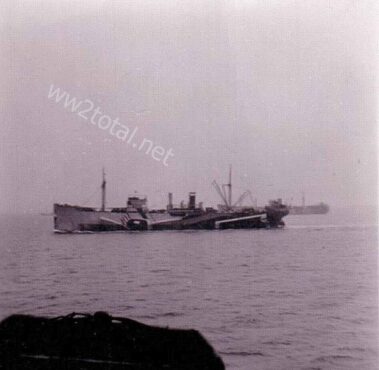 Other transport vessels on the side on speed. 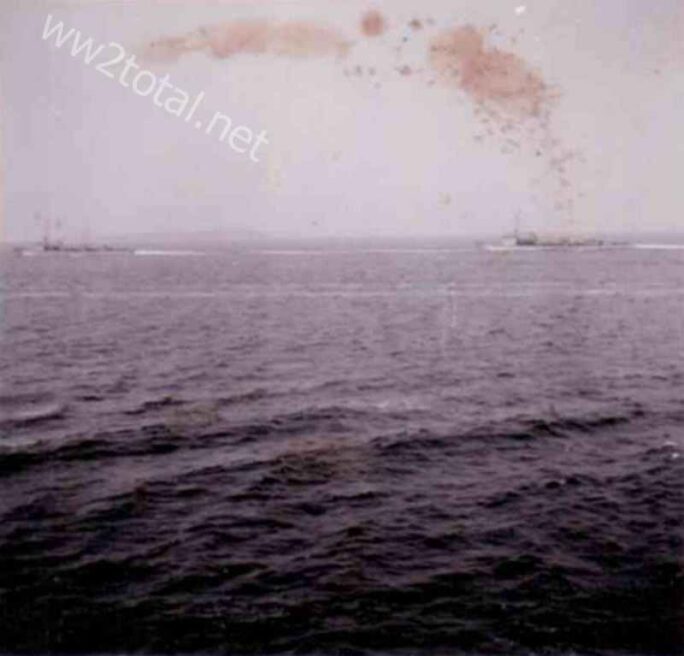 Escorts of the convoy. 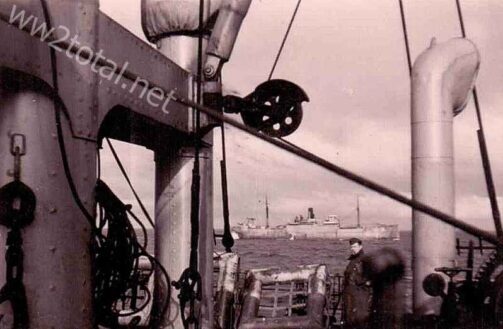 On deck with a transport vessels in background. 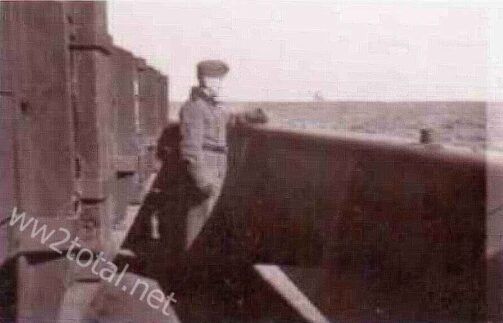 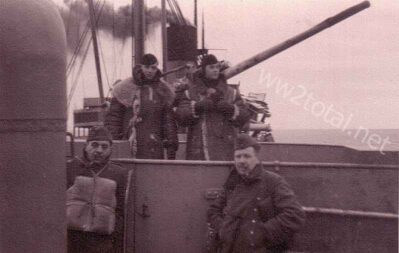 The soldiers on the anti-aircraft guns are watching to the horizon for enemy airplanes or ships. 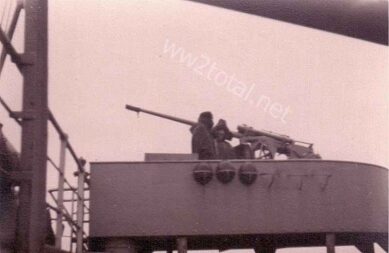 It’s cold at this anti-aircraft gun.