These pictures were taken from a soldier of the German 214th Infantry Division in Kristiansand, Norway, in 1940. 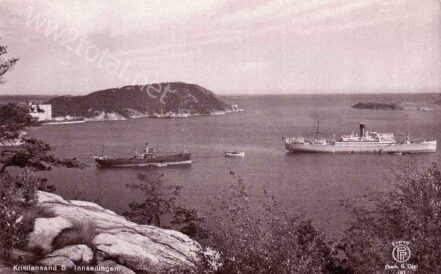 A postcard from the bay of Kristiansand, probably just before WW2, which the grandfather of the author added to his collection of photographes. 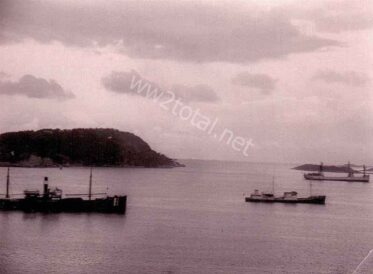 Now there are the German transport vessels and patrol boats in the bay at Kristiansand. 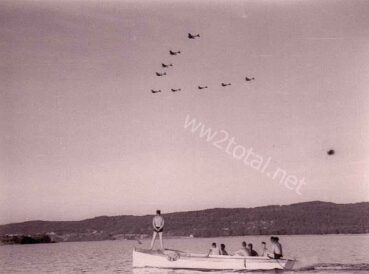 This picture from August 1940 shows German He 111 bombers of Air fleet 5, based in Norway, on their way to targets in northern England or Scotland during the Battle of Britain. 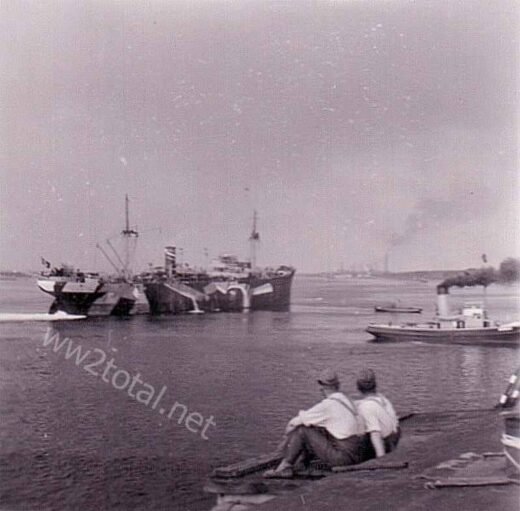 The fighting in southern Norway was soon over and some soldiers are watching now transport vessels leaving the port in the summer of 1940. 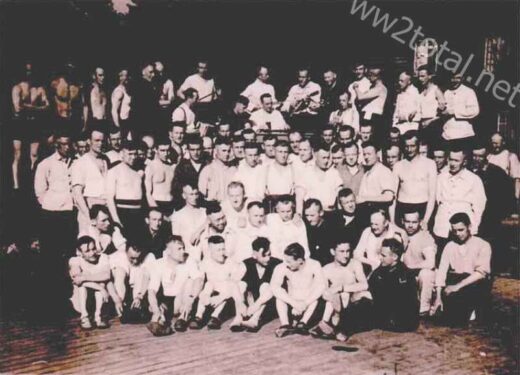 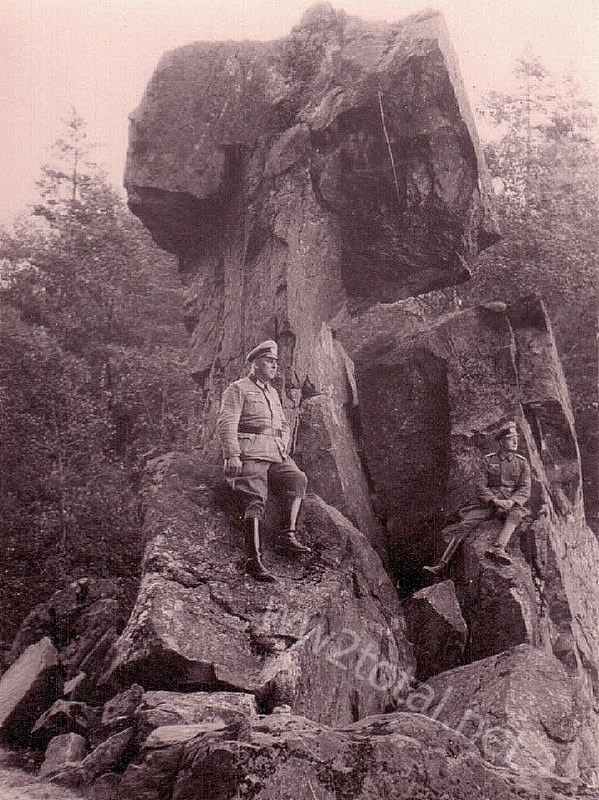 The ‘victorious captains Engel and Kummler on the ‘generals hill’ at Kristiansand. 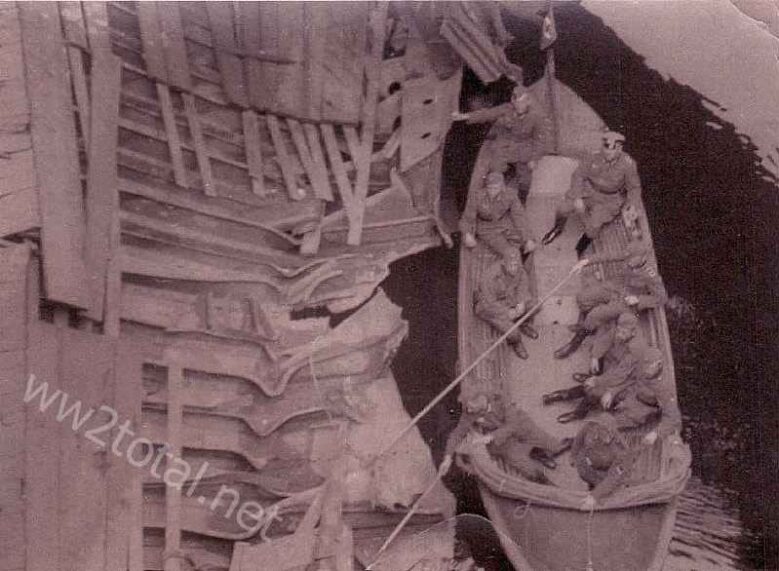 Verification of a bombarded ship in the port of Kristiansand. 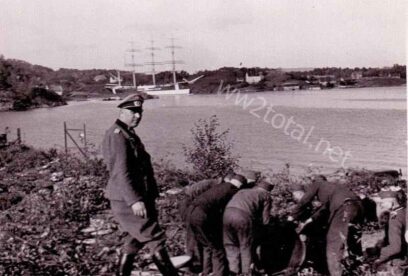 Working at the seafront with the biggest sailing ship from Finland in the background. 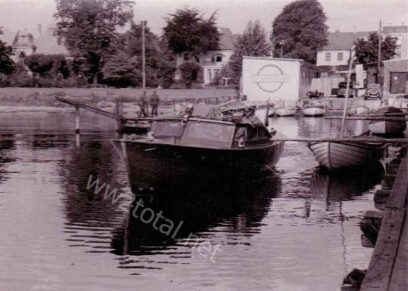 This motor boat is pictured at the workshop. 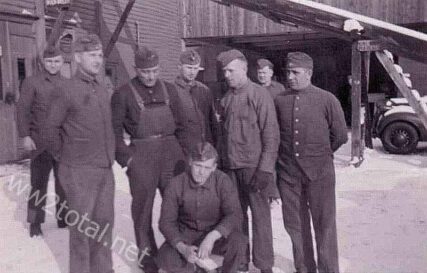 The first snow and soldiers of the workshop company at their working place at Kristiansand. 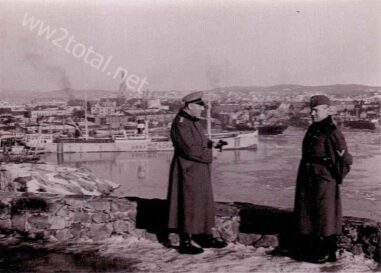 Captain Engel with his driver Hans Reichmann at the port of Kristiansand in winter. 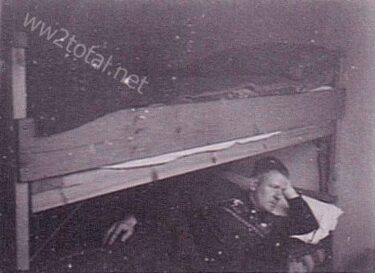 The beds of the soldiers. 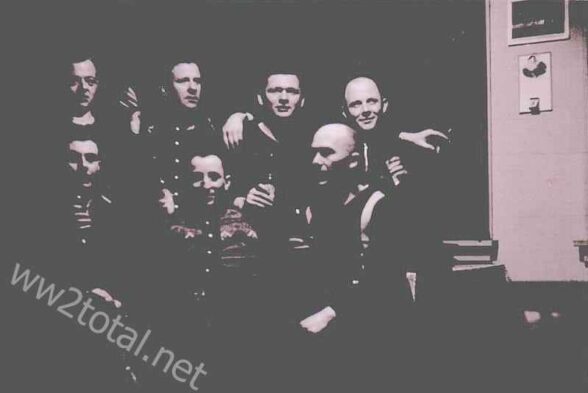 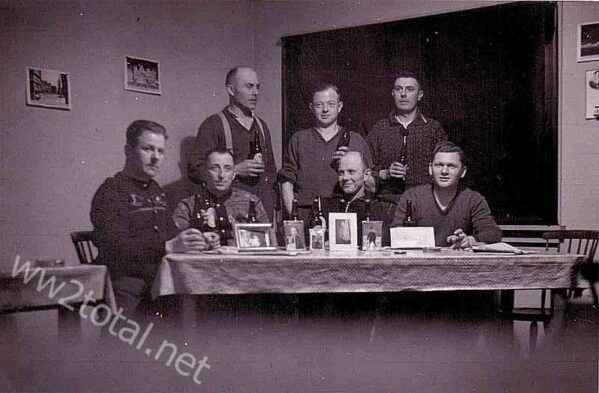 ‘Norge oil’ drinking in the quarters.

Next page: Admiral Hipper and other warships in Norway