German military passport of the Wehrmacht from WW2.

Extracts from the German army passport the uncle of the author. In a Wehrmacht Wehrpass there are some interesting information about the conscription, weapons training, operational use, units, wounds etc. 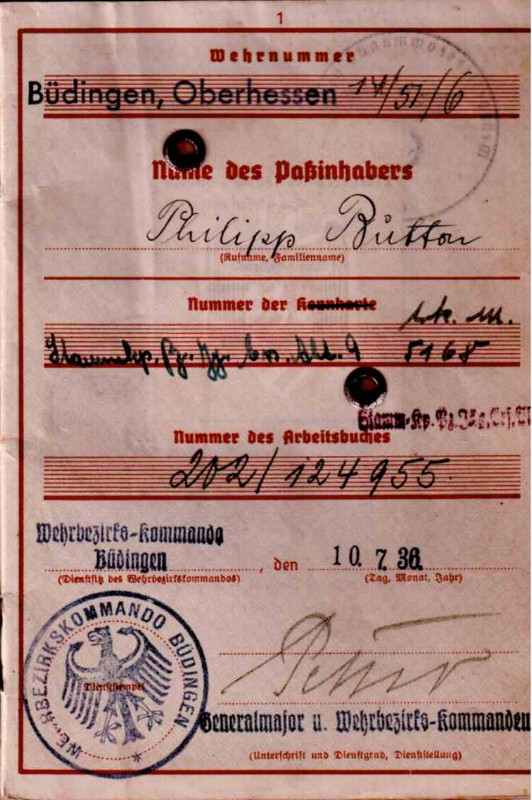 Name of the owner of the passport 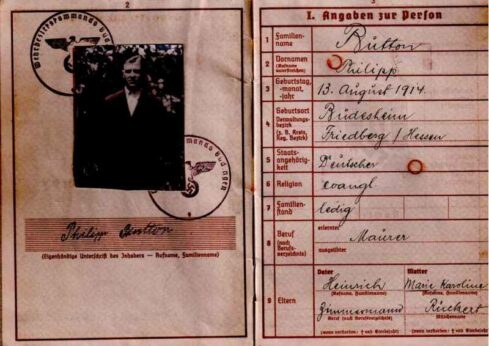 Passport photo and information about the name, date and place of birth, nationality, religion, marital status, occupation, and parents. 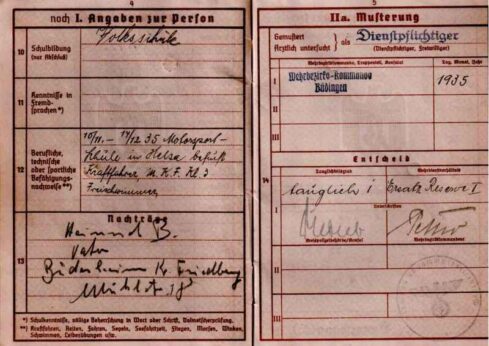 Other informations, such as education and other qualifications. Right: examined for military service in the district Büdingen in 1935. 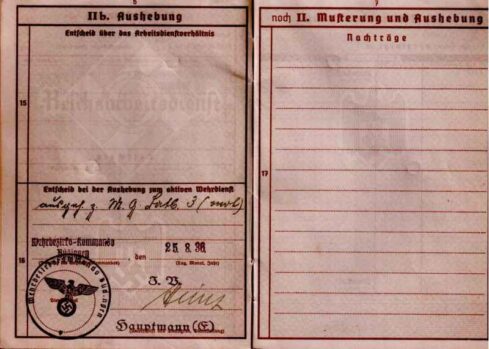 Decision about the drafting. 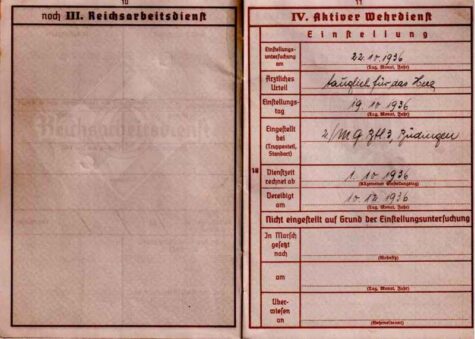 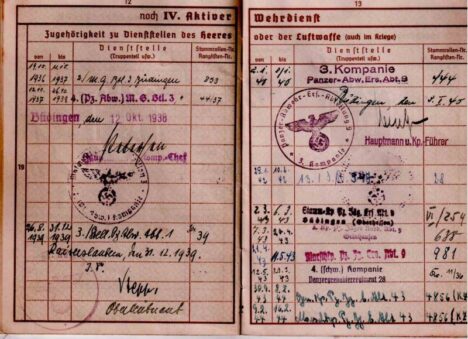 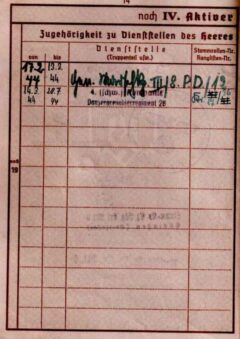 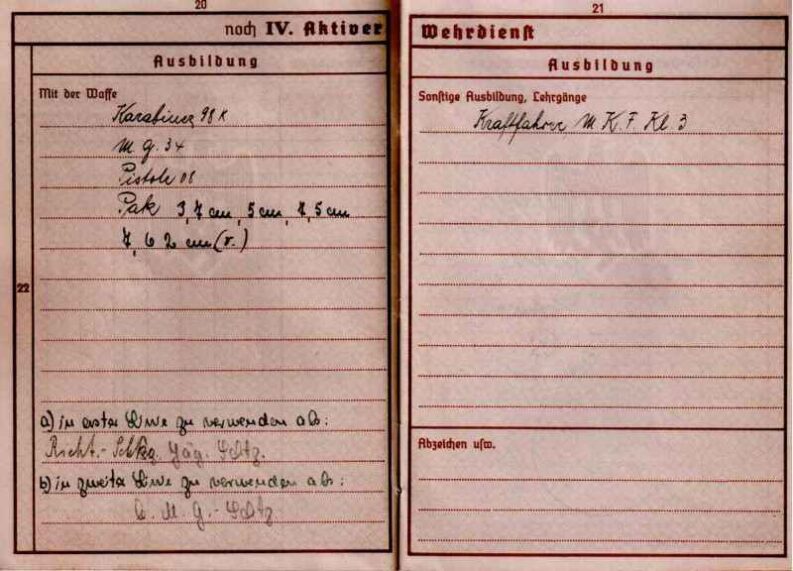 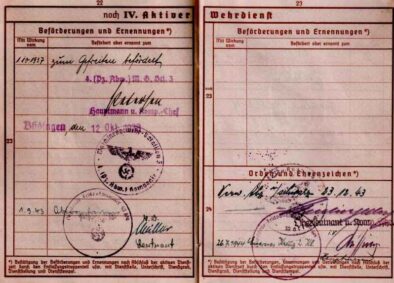 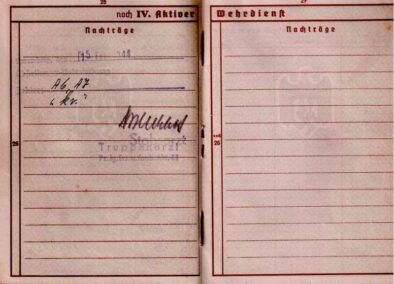 Entries from the army doctor. 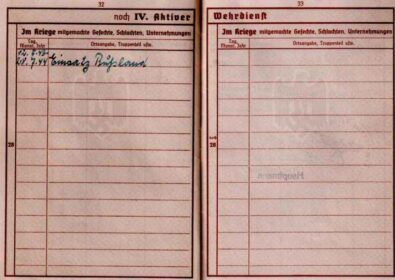 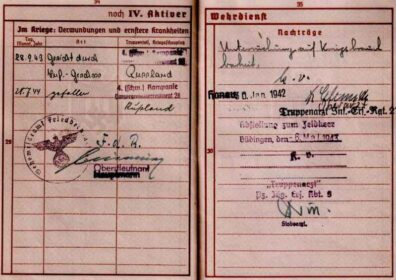 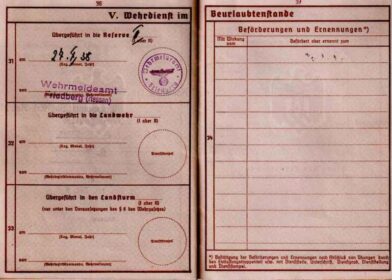 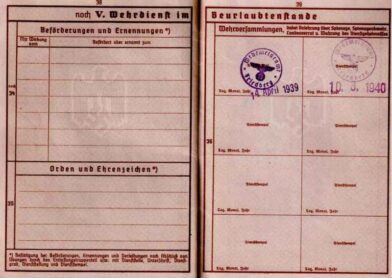 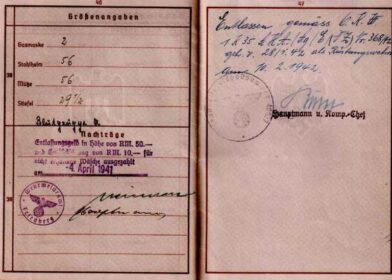 Size for gas mask, steel helmet, hat and boots as well as on the right the entry from 10th February 1942, dismissed as a armaments worker from the army. 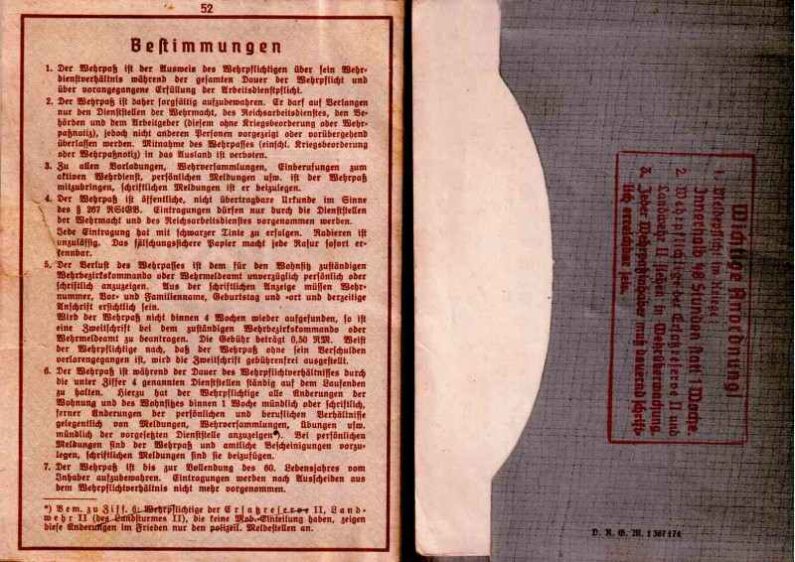 Next page: At the Russian Front