In 1930 the Solothurn Company of Switzerland produced a machine gun known as the MG30, which they offered to the German Army. It was a very advanced design which used barrel recoil to drive back the bolt which was rotated by two rollers running in cam tracks in the receiver. It was probably the first ‘straight line’ design, the butt being in prolongation of the barrel axis, and it incorporated an ingenious quick-change method for the barrel in which the butt was twisted through 90 degrees and pulled off; the bolt and barrel could then be quickly withdrawn through the gun body and the barrel replaced. About 5,000 of these guns were made, most of which were bought by Austria and Hungary, and doubtless a number were used during the war. But the German Army were less impressed and passed the gun across to Mauserwerke with the request that they improve it.

This Mauserwerke did. They jettisoned the side-feeding box magazine of the MG30 and made the new design a belt-fed weapon which, by quick substitution of a different feed unit, could also use the 75-round saddle drum of the MG15. The bolt locking system was changed so that only the bolt head revolved, locking by interrupted threads; an additional recoil impulse was given to the barrel by adding a muzzle gas trap. Barrel changing was simplified by hinging the gun body to the rear end of the barrel casing; unlatching allowed the gun body to be swung side­ways and the barrel pulled straight out of its bearings.

The most far-reaching feature of the MG34 was tactical rather than mechanical; it was the first example of what is known today as the ‘General Purpose’ machine gun. Fitted with a bipod it functioned as the squad light automatic; on its tripod, which incorporated a sprung cradle to reduce the recoil and vibration and thus make continuous fire less fatiguing for the gunner, it functioned as a medium machine gun; and on a different pattern of light tripod and fitted with the saddle-drum magazine, it made a good anti-aircraft weapon.

It was the first belt-fed weapon to be used as a light machine gun in quantity and it proved that the concept was valid; previously it had always been considered that the feed system of the light machine gun had to be one to which riflemen could contribute in an emergency, and this argued some form of easily filled box magazine. The MG34 showed that provided the supply organization was efficient, belt feed was perfectly acceptable in this role, even if it did mean the gun crew going about the battlefield festooned with belts of ammunition.

The MG34 only had one real defect; it was too good. The quality of design and workmanship meant long and extremely precise manufacturing processes, and eventually five factories were doing nothing but turn out MG34s as hard as they could, plus a number of manufacturing parts. By 1941 this was obviously impractical and a new design was sought – the MG42; but in spite of this, the MG34 remained in production and use until the war ended. 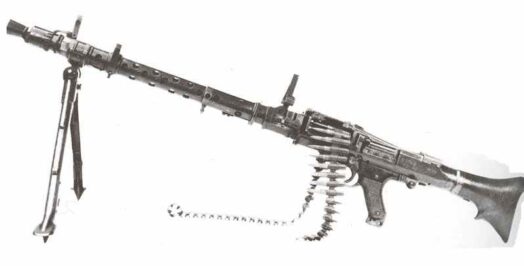 The German MG34 on its bipod. 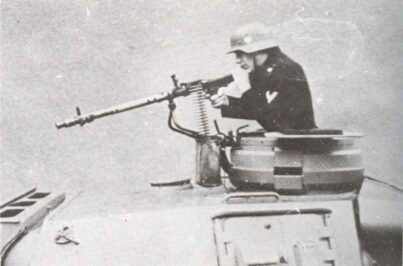 MG34 fired from a Panzer IV. 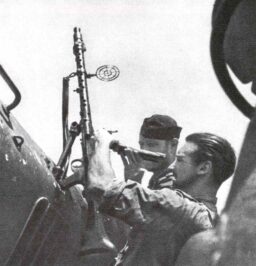 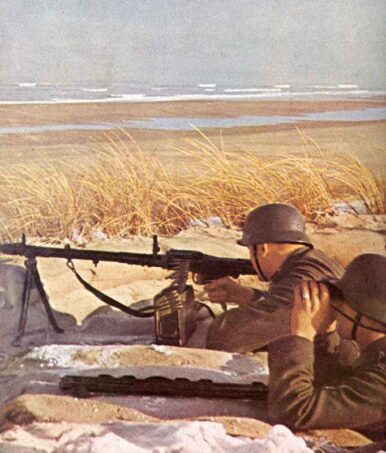 Two German soldiers with their MG34 man a defensive post on the Channel coast. The much vaunted Atlantic Wall was rather thin in places. 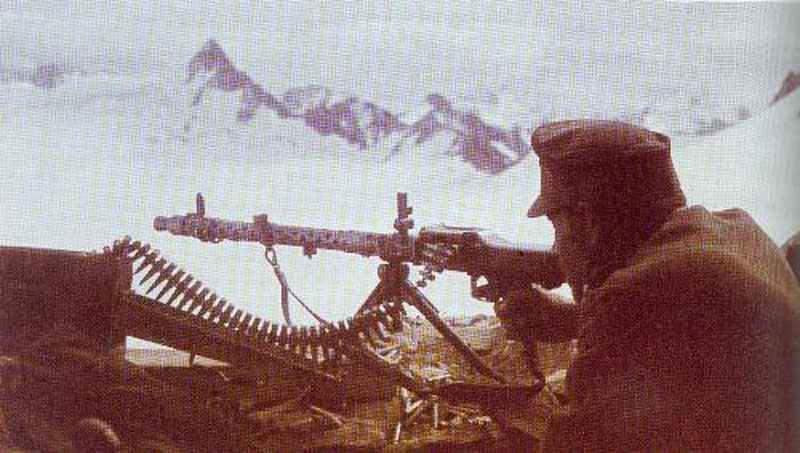 MG34 with Mountain Troops in the Caucasus. 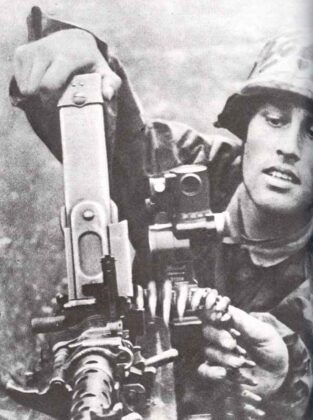 Flemings of the 27. Waffen-SS division Langemarck are loading a MG34. 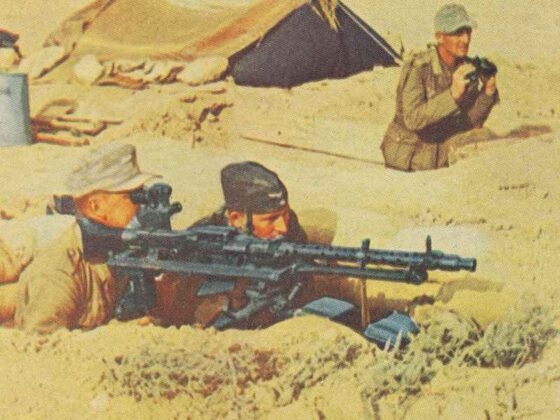 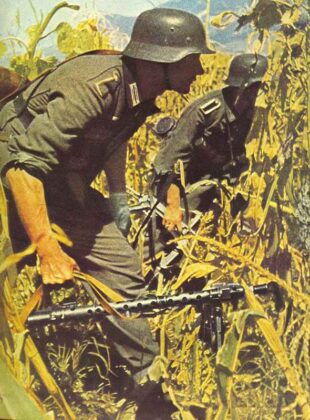 German infantry advance through a Russian corn field, summer 1942. The Caucasus is visible in the background and the machine gunner in the foreground, carrying the MG34, is protected by his assistant gunner carrying a MP38. 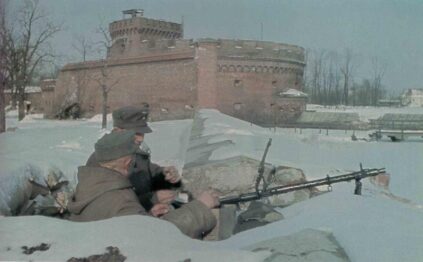 An MG 34 has been placed into a defense at Königsberg. 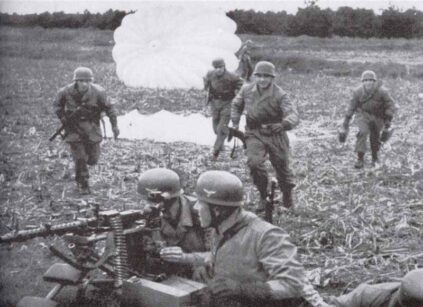 German Paratroopers during the air landings in Holland in May 1940. The MG34 is ready to protect the landing soldiers. 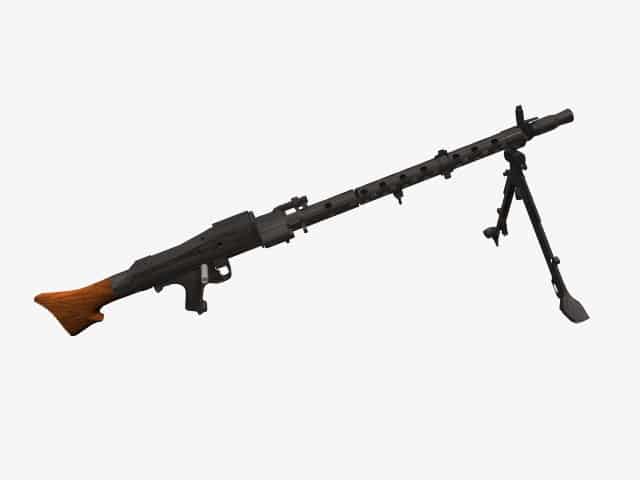