Identified by the British for some ill described purpose as an E-boat (‘Enemy boat’), the German Schnellboot, or S-Boot, differed significantly from the Royal Navy counterparts. Through the roots in a Lurssen civil type of the early 1930s, the S-boat was built of wood upon metal frames and received a round-bulged hull form that, although acquiring a lower maximum speed compared to the hard-handed British counterparts, had been greatly far more sea kindly. In the case, the S-boat could preserve its highest speed in sea states which pushed the British to throttle back to prevent extreme pounding.

Diesel-powered drive had been given from the beginning, although the prototype S1 of 1930 and the follow-on S2-S5 of 1931-32 were forced to take petrol machines while Daimler- Benz and MAN designed a appropriate device. Just with the S56-73 of 1934-35 did the three-shaft diesel design become established. These types of craft had been 32.4 m (106.3ft) long and run for 35 kts. This speed had been regarded as not enough, so within the next class the seven-cylinder diesels were replaced for 11-cylinder devices, increasing speed however requiring a rise in size to 34.7m (113.8ft), which continued to be amazingly persistent until 1945, in large difference to the selection of motorboats with the British flag.

Due to their bigger size the S-boats took their 2 torpedo tubes forward from the wheelhouse, providing room for 2 skid-mounted reloads abaft them. It had been then a minor design move from S26 onward to increase the forecastle by 1 m (3.28 ft), therefore enclosing the tubes and leaving a front gun-pit between them and, significantly, increasing the free board to obtain the craft a desirable dryness.

Always less noisy than British counterparts, the S-boats also were built with a profile which was difficult to spot without radar. Gun armament had constantly to be improved to check those of their enemies, the additional weight becoming balanced out to a large degree by enhanced weight saving methods of hull development and machines of greater power. Protection was improved through the use of the armored ‘Kalotte’ kind bridge. By 1945 speeds had been pressed (through highly unstable machines) to a maximum 42 kts and, whilst no longer, the S700 type released 2 additional, aft-facing torpedo tubes. 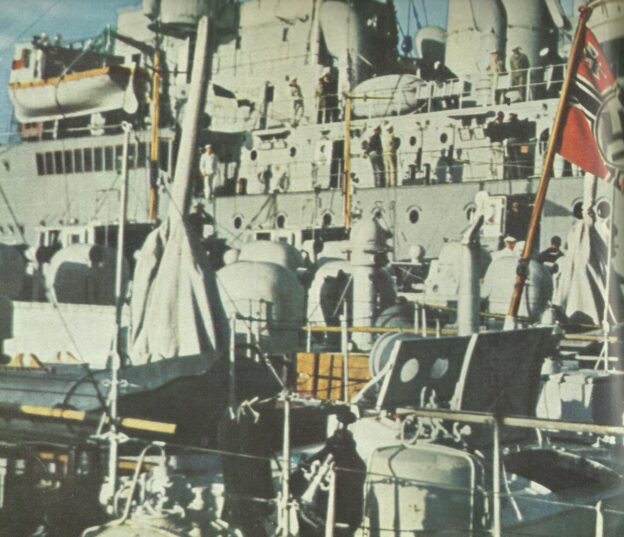 MTB-houseboat German E-boats preparing for the next mission. 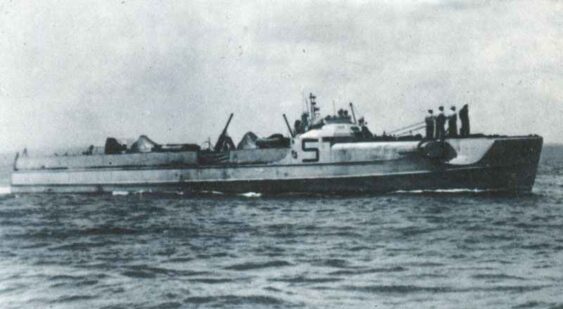 S1, the prototype S-boat, here seen in the Kiel canal, had to make do with a petrol engine while a diesel unit was perfected. The round-bilged hull enabled the S-boats to maintain high speeds even in a rough sea.

S81 works up to her full speed of 39 kts. The low profile of the S-boats was a considerable advantage in the nocturnal melees along the Channel coast.