Within the conditions of the disarmament agreements, the US Navy had been limited from developing to the highest possible sizes to deal the Japanese ‘Special type’, the Fubuki Class, hence the initial foundation for the model of the Fletcher was a 1500-ton vessel with similar armament as the earlier Benson and Bristol Classes. The focus on power resulted in an inclusion of a bit of 500 tons, however this additional displacement was required to improve the anti-aircraft battery, and not the artillery guns.

Just Twenty-four of the Fletcher destroyers were being built in the time Pearl Harbor, however an additional Hundred had been promptly requested, additionally 2 trial versions. A number of destroyers had been terminated.

The AA armament had been quickly increased, and the quadruple 1.1-in (28-mm) mounting between No 3 and No 4 5-in (127-mm) guns had been exchanged with a double 40-mm (1.57-in) Bofors, as the 20-mm (0.79-in) Oerlikons had been occasionally decreased to 4 guns, or improved to a maximum of Eleven singles. As additional Bofors guns turned out to be at disposal an additional twin mounting was incorporated aft, with an overall of 4 or even 6 x 20-mm (0.79-in) guns. The 4th arrangement, near the end of the WW2, had been 3 double 40-mm (1.57-in) mountings and 10 or 11 Oerlikons, but within the risk of kamikaze planes numerous ended World War 2 with no less than 5 twin 40-mm (1.57-in), reinforced with 7x 20-mm (0.79-in) singles. This was realized without giving up torpedo tubes, an outstanding account to the edge of stability of the basic model. The flush-decked hull demonstrated to be very strong, and a superb progression above the prior Bristol class, as well as the Fletcher class can easily promise to be the optimum all-round class of destroyers to serve in WW2.

Orders followed in 1942 for an additional fifty-six destroyers, called the ‘Later Fletchers’. They had been similar in layout, but got a decrease bridge and director control tower. The majority were finished with large AA armament authorized for the initial Fletcher destroyers by 1943-44 5x double 40-mm (1.57-in) and seven 20-mm (0.79-in) weapons while some had a lower amount of 40-mm (1.57-in) guns. 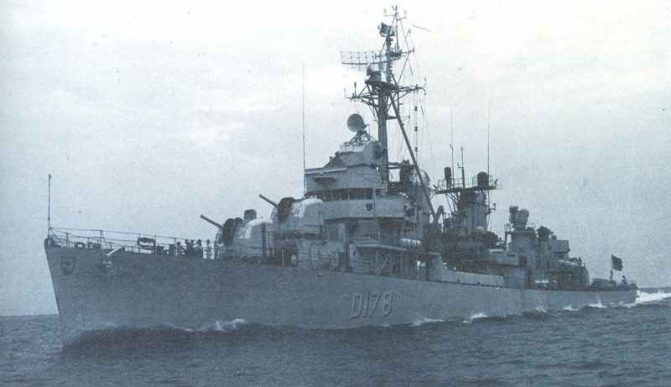 Transferred to the Federal German Navy in 1959, the Fletcher class US destroyer Claxton (DD.571) became the German Z.4. 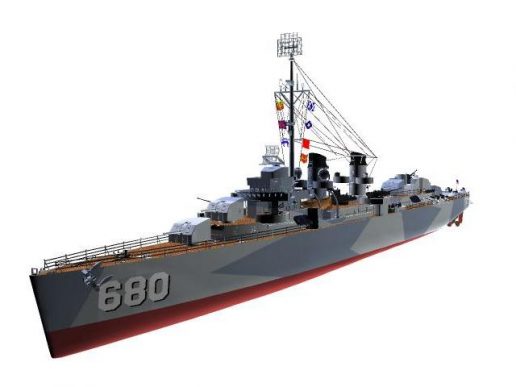 The Fletcher destroyers earned its baptism of fire in the Solomons, and Chevalier, Strong, De Haven and Brownson had been sacrificed during the confused battles which succeeded the invasion on Guadalcanal. A pair, the Hoel and Johnston, were lost during the outstanding combat against heavy odds involving Admiral Sprague’s escort carriers and the Japanese warships off Samar in October 1944, while the Spence and Abner Read were destroyed by air attack during the invasion in Leyte Gulf.

The most terrible victims were suffered during the invasion of Okinawa, when kamikazes as well as gunfire were responsible for the Hutchins, Pringle, Leutze, Thatcher, Luce, Bush, Evans, Haggard, Longshaw, Morrison, William D Porter, Bell, Twiggs, Callaghan, Halligan, Colhoun and Little. Numerous of these were not sunk straight up, however were so terribly wrecked that they were written off as definitely not worthwhile for repairing.

The Fletchers established the backbone of the postwar destroyer-strength of the US Navy and were operating until 1975.

Users: US Navy (during WW2, post-war many other navies).