The Treaty of Versailles forbade the construction of heavy German warships. However, in 1935, the British-German Naval Treaty was ratified, which allows the Kriegsmarine to build up to 35% of the tonnage of the Royal Navy in the corresponding warship class.

According to the Washington Treaty, Germany could build 5 cruisers. These were laid down as the Hipper class. However, Germany was more interested in building combative vessels than on compliance with international treaty provisions.

The 10,000-tons limit was exceeded considerably by the ship in any case. The first draft has been prepared in 1934, when the Germans also started planning the Bismarck class.
As the particular object of the Hipper class it was intended to keep the French heavy cruisers in check and to prevent that troops and supplies from North Africa would be shipped to France. The first two ships, Admiral Hipper and Blücher, were completed with the even stem and cap less chimneys as they were typical of German designs before WW2. The Blücher was sunk before their planned change, while at the Admiral Hipper later the stem was extended and the chimney was given an essay. In addition, two further anti-aircraft laying equipment came on board.

The Prinz Eugen had a longer hull, from the very beginning four anti-aircraft laying equipment, a chimney pot and a protruding stem. All ships of the class possessed bow and sides beads, a powerful torpedo weapon and a passive bow sonar.

They have been designed at a time when most countries did not build cruisers with 20.3 cm (8in) guns anymore, and so they were superior to the older designs in many ways. Undoubtedly, they were better than the first French cruisers built under the provisions of the Washington Treaty. But with the smaller, but better armored Algerie they would get into troubles. By approximately equal size, and only built a little later, the American Baltimore class carried heavier weapons, a thicker armor and with one plane more, she was clearly inferior. Especially disappointed in the drafting was the relatively small operation range, which turned out along with the trouble-prone machine installation as a major handicap when used as raiders, although Germany had built up a large network of tankers in the Atlantic.
Apart from these the cruisers could very well operate independently, they had a powerful main artillery (the Prinz Eugen scored before the battleship Bismarck hits on the British battle cruiser Hood) and an excellent guided anti-aircraft weaponry.

Following the signing of the Russo-German Pact of 1939, the last three units of the Hipper class (not yet finished) were proposed to sell to Russia in exchange for raw materials. After all, only the least advanced constructed Lützow was sold. The Prinz Eugen was completed according to the design, while Seydlitz should be converted to an aircraft carrier.

Germany had already launched down the 23,200 t large Graf Zeppelin and laid down a sister ship. Nevertheless, the Germans did not recognize the crucial importance that fell to the inclusion of an air component in the naval forces. Therefore, its construction went ahead only sporadically. As the loss of the Bismarck became clear how necessary were sea-based air forces, the work on Graf Zeppelin resumed and also began with the reconstruction of Seydlitz. At this time, however, the Allies had gained a great superiority at sea, and none of the carriers has ever been ready. 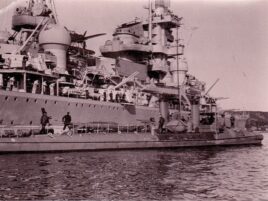 The heavy cruiser Admiral Hipper in the port of Kristiansand, Norway, September 1940. This and the following three photos were taken by the grandfather of the author. 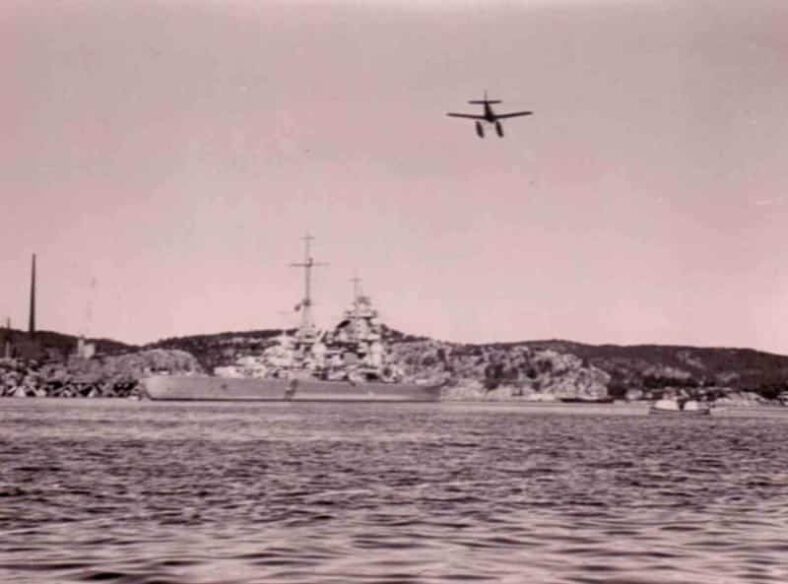 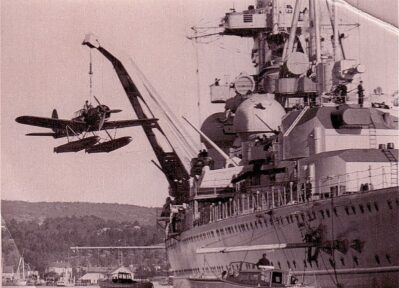 Admiral Hipper takes an Arado Ar196 seaplane on board 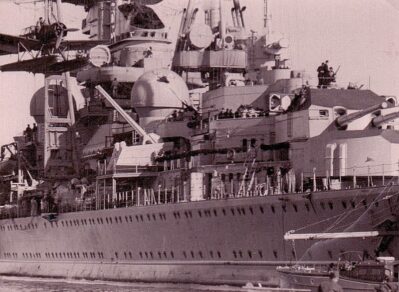 The reconnaissance aircraft Arado Ar 196 is almost aboard the Admiral Hipper. 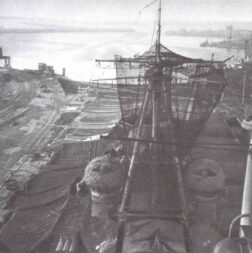 Heavy cruiser Prinz Eugen under air cover camouflage in the port of Brest. 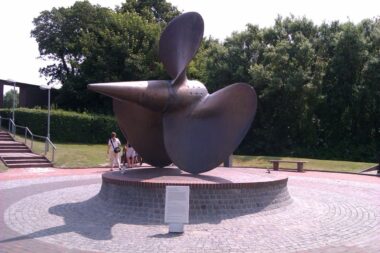 The main sorties of the Prinz Eugen in WW2:

Admiral Hipper participated in operations in the Norwegian Sea and the Atlantic Ocean. From 1944 she was in the Baltic Sea. Damaged seriously by bombs, she was scuttled by her crew.
Norwegian coastal batteries sunk Blücher in the Oslo Fjord in 1940. Neither Lützow still Seydlitz (which was recovered by the Russians) were completed. Both ships were scrapped later.