At the time the Infantry Tank Mk I pilot model – A11E1 – was delivered, the Mechanization Board was already considering a ‘scaled up’ version with an extra crew member, a 2pdr gun or twin machine guns, and a speed of up to 15mph (ca. 24 km/h). Weight limit of 14 (long) tons was imposed to meet current military bridging restrictions.
It soon became obvious that these requirements could not be incorporated in the basic A11 design since the turret alone, to hold a 2pdr gun, would bring the A11 weight up to 13 tons, and a new engine would also be required. Thus, a completely new design was called for and was drawn up by the Mechanization Board on the basis of 60 mm armor thickness, a commercial type AEC diesel engine, and heavy side skirts to protect the ‘Japanese Type’ suspension derived from that on the Vickers Medium Tank. The layout of the ‘Matilda Senior’ as it was called, designated A12 Infantry Tank Mk II, was based closely on that of the A7 medium tank which had been designed and built in prototype form only by Royal Ordnance Factory, Woolwich, in 1929-32.

In November 1936 Vulcan Foundry of Warrington were given contracts to produce wooden mock-ups and two mild steel pilot models of the A12 design. The mock-up was inspected in April 1937, by which time it had been decided to use twin AEC diesel engines coupled together and a Wilson epicycles gearbox. Provision was to be made for mounting a 3in howitzer in close support models and various other detail points were settled at this early stage. Construction of the pilot model was, however, held up by delays in the delivery of the gearbox and other components and the A12E1 pilot was not ready until April 1938. Meanwhile, an order ‘off the drawing board’ for 65 vehicles was given in December 1937, soon increased to 165. Trials were generally satisfactory, but some small modifications were made to the gearbox and suspension. Cooling was also improved and provision made for ‘colonial’ use by fitting air cleaners.

By this time re-armament was under way and the need for tanks was urgent. In June 1938 contracts for further vehicles were placed with Fowler and Ruston&Hornsby under Vulcan’s ‘parentage’, and subsequently LMS, Harland&Wolff, and North British Locomotive all received contracts. For the later marks Leyland were brought in (in 1940) to make engines. Total output of A12s was 2,987 and production ceased in August 1943.

The A12 did not lend itself to easy mass-production, however, due to the size and shape of the armor castings used in the design. There was particular difficulty in making the one-piece arm our side skirts and the number of mud chutes was reduced from six (in the pilot model) to five (in production models) to facilitate producing this component. 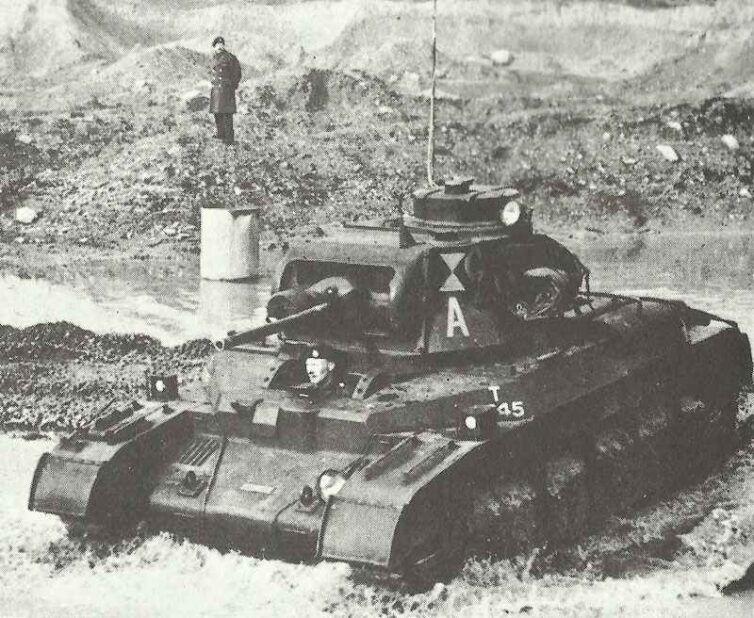 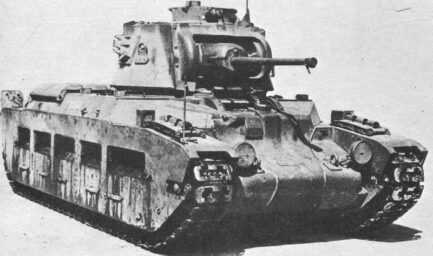 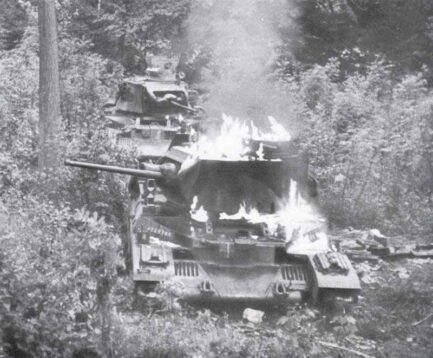 Some of the few Matilda II tanks of the BEF are burning after been hit. 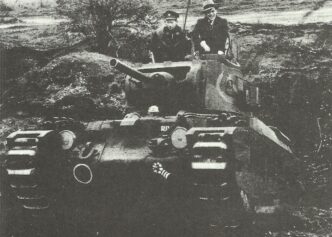 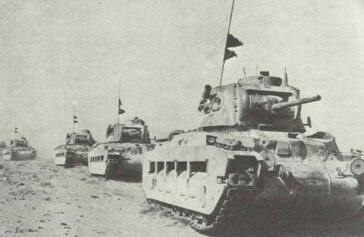 As the best British tank in service in 1940 was the Infantry Tank Mk II, Matilda, which was almost immune to German and Italian anti-tank and tank guns then in use. The Matildas are the spearheads of the British armour in the successful Libyan campaign in late 1940

Matilda II tanks of 7 RTR refuel, replenish ammunition and repair minor damage at a ‘Forward Rally Point’ during Sidi Barrani operation in Libya of December 1940. The broken track on the tank to the right is mine damage. 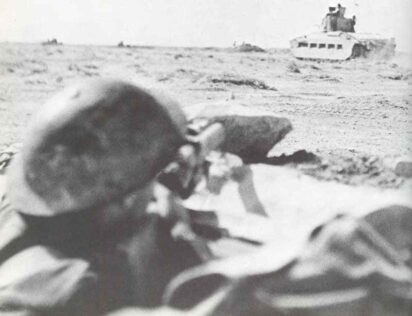 Pictured from a British trench: Matilda II tanks is moving against positions of the Afrika Korps during Operation Brevity. 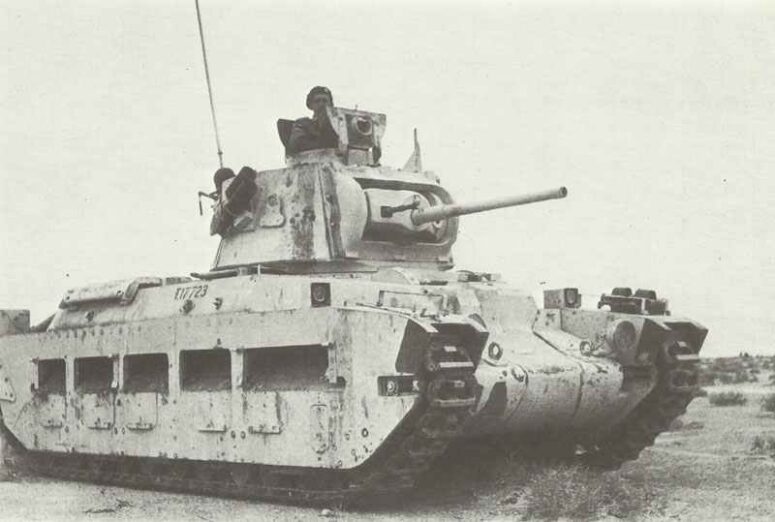 By March 1942 the overstriping had generally given way to overall Light Stone, and this Matilda has areas of UK green paint visible on the front ‘horns’ showing where the sandshields have been removed. 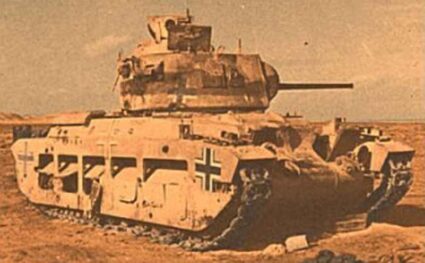 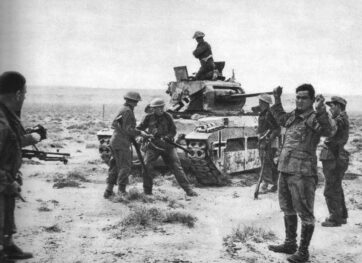 Surrender of a disabled Matilda tank to New Zealand troops after Alamein, which was previous captured and used by the Germans. 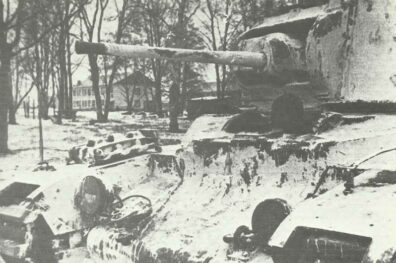 A Matilda infantry tank goes into action in support of Russian infantry in 1942. The Matilda was not as popular as the Valentine tank in the Red Army because of its sluggish performance, especially in winter. 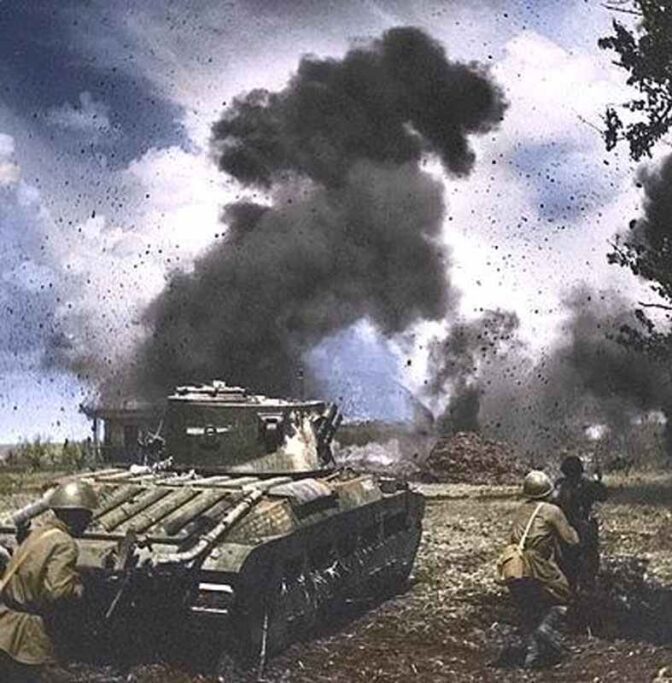 Lend-Lease Matilda in service with the Red Army. 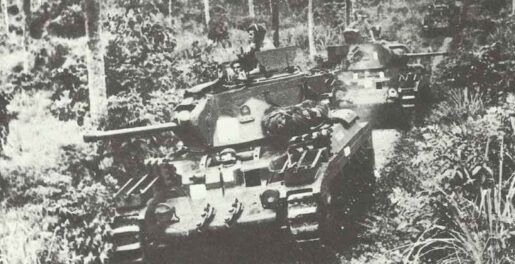 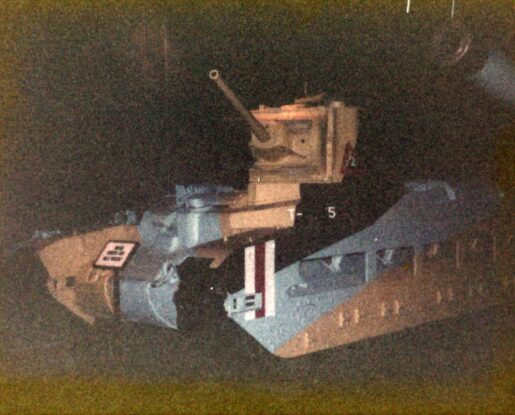 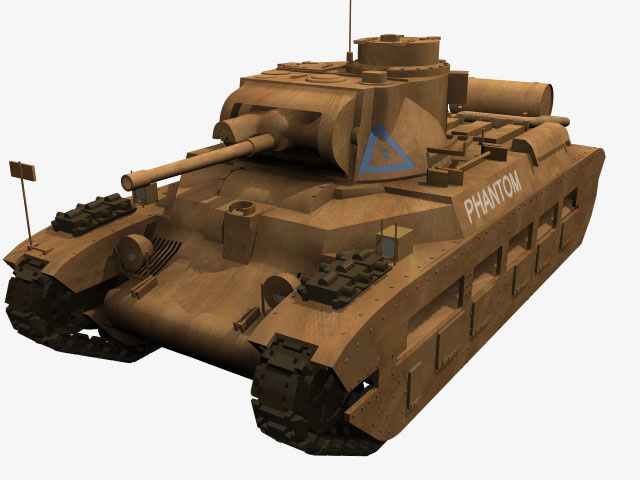 By the outbreak of war with Germany in September 1939 there were only two A12s in service, though a number had been issued to 7th Royal Tank Regiment in France by early 1940 where they were used with success in the Battle of Arras just prior to the Dunkirk evacuation.

With withdrawal of the A11, Matilda I, the terms ‘Matilda Senior’ and ‘Matilda II’ were dropped as descriptions of the A12, and it was known simply as the Matilda.
The Matilda is best remembered for its important part in the early Western Desert campaigns. In Libya in 1940 it was virtually immune to any Italian anti-tank gun or tank, and Matildas reigned supreme until the appearance of the German 88mm Flak gun in the anti-tank role in mid-1941, the first gun able to penetrate Matilda’s heavy armor at long-range.

It was not possible to fit the 6pdr gun in the Matilda (though an attempt was made to mount the A27 type turret on a Matilda chassis), due to the small size of the turret and turret ring. Thus, in 1942, the Matilda declined in importance as a gun tank and was last used in action in this role at the first Alamein battle in July 1942.

From then on, the Matilda was used in secondary roles for special purposes. But Matilda gun tanks were also used in the Eritrea campaign and later by the Australian Army in New Guinea. Some were still used by Australian reserve units in post-war years.
Many were delivered to Russia as Lend-Lease tanks where they were used in their original role, as infantry tanks. 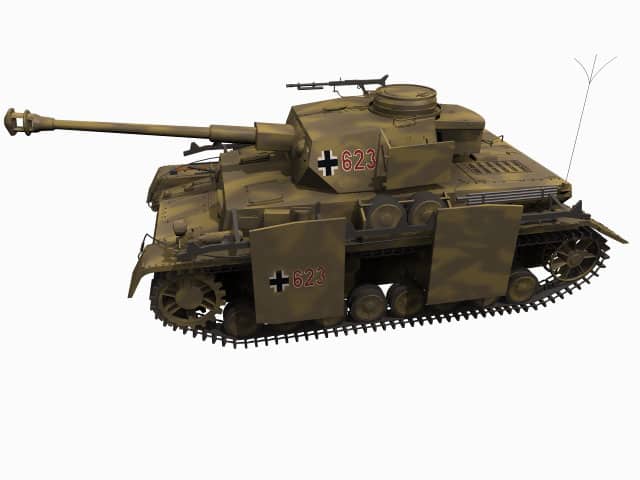