In August 1940, the Wehrmacht demanded a modernized version of the heavy eight-wheel armored reconnaissance vehicle. The new design should correspond to the previous heavy armored scout vehicles SdKfz 231 to 233, but should have a self-supporting hull and thus become flatter. The vehicle was also to be specially designed for the campaign in North Africa, for which a very large driving range was required.
For this reason, a diesel engine with 12 cylinders was ordered from Tatra for the first time, after all German armored cars had received petrol engines so far.

The first prototype was presented in July 1941, but there were serious problems with the new engine. This dragged on for so long that the production of the new armored scout car could only be started at the end of 1943. Therefore, the first vehicles were not put into service before 1944.

There were different versions of the SdKfz 234. The basic model was the command armored car SdKfz 234/1 with an open top, fully rotatable hexagonal turret with 2 cm quick-fire cannon.
The Puma was the SdKfz 234/2 with a turret shaped like a horse’s hoof from above. It should fight the Russian armored reconnaissance vehicles at the Eastern front and the turret with 5-cm-cannon was originally developed for the never put into service light main battle tank Leopard.
After it was clear that a stronger armament was necessary to fight the Soviet tank units, the SdKfz 234/3 with a short 7.5 cm gun and then the SdKfz 234/4 with a long 7.5 cm Pak 40, which were rigidly mounted to the front in an open top stand, appeared.

The vehicles had an extremely large driving range of about 620 miles (1,000 kilometers), as it would have been necessary in North Africa. For the use with the ‘Africa Corps’ they became naturally too late operational readiness, but at the Eastern Front and in northwest Europe they were effective combat vehicles.

On 5 August 1940 the order was given to develop a new eight-wheel armored reconnaissance vehicle comparable to the design of the SdKfz 231. In contrast to the previous design, where the armored body was screwed onto the chassis, the SdKfz 234’s armored fuselage was to serve as the chassis.
This new sPzSpWg 8-Rad TP (Tropen) was to have more armor and an air-cooled 12-cylinder diesel engine, which was intended to be used in the hot climate of North Africa and the southern Russian steppes.
Two prototypes were built and the original order of 500 units was later increased to 1,500 vehicles.

The original order provided for the arming with a 5cm KwK 39/1 and was called SdKfz 234/2. In January 1944 this order was reduced to 100 Puma and ordered to arm all further vehicles with the 2-cm KwK or the 7.5cm KwK.

The design of the fuselage was similar to the SdKfz 231, but had a better frontal protection by thicker armor plates, which were more angled. A large, fully enclosed turret with curved side plates was used for the 5cm KwK 39/1 and the coaxial MG42 in the ‘Saukopf’ gun barrel.

Each armored scout vehicle company consisted of 25 Puma. These four companies were assigned to four tank divisions, which were deployed on the Eastern front as well as in the west. 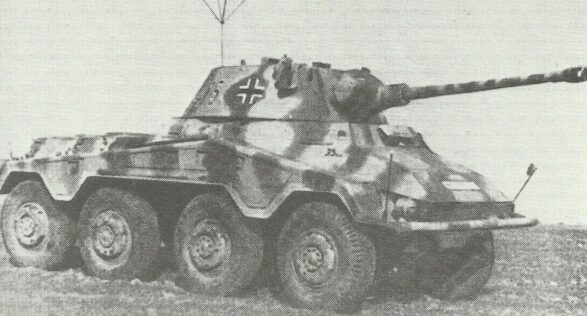 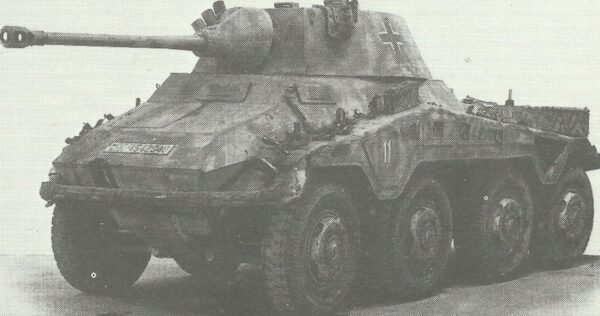 In September 1943 it was ordered to arm fifty percent of the production of the new heavy armored scout vehicle SdKfz 234 with the 2-cm KwK38, after the first one hundred pieces were finished as SdKfz 234/2 Puma.
In June 1944 the share was even increased to 75 percent, when the vehicle was built simultaneously together with the SdKfz 234/3 and subsequently SdKfz 234/4.

The SdKfz 234/1 had the same fuselage as the Puma (SdKfz 234/2), but had a different turret. This turret resembled the short and open top construction of the SdKfz 222, but was simpler, hexagonal with a stronger front armor. The name of this turret was ‘2cm Hängelafette 38’.

Nineteen SdKfz 234/1 were planned for the TOE of a tank scout car company of the tank reconnaissance battalions, which were operating with Panzer and Panzergrendier divisions. The SdKfz 234/1 saw deployments from July 1944 on the collapsing fronts in the east and west until the end of the war.

Six SdKfz 234/3 formed a detachment of the Panzerspähwagen-Kompanie (recon coy) to give fire support to the nineteen SdKfz 234/1. In the last months of the war they were also issued to tank reconnaissance companies in order to support the other armored reconnaissance vehicles in fighting enemy tanks. 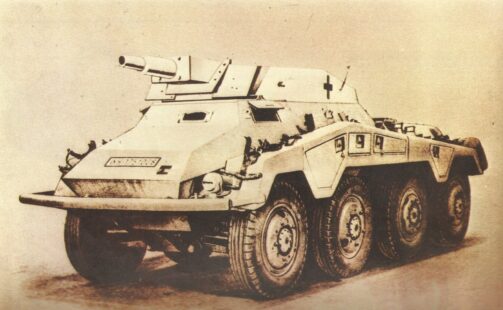 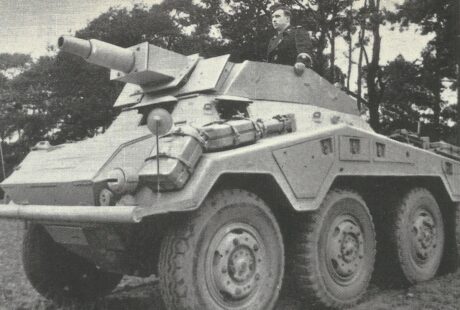 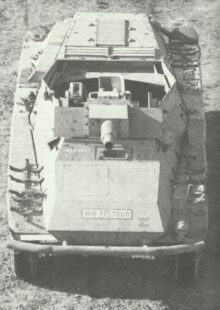 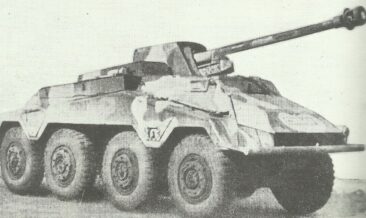 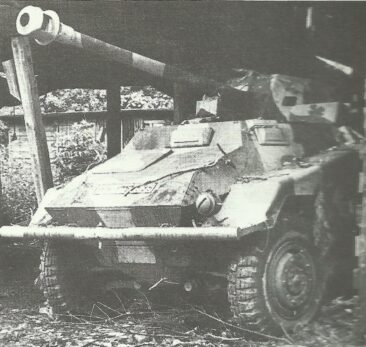 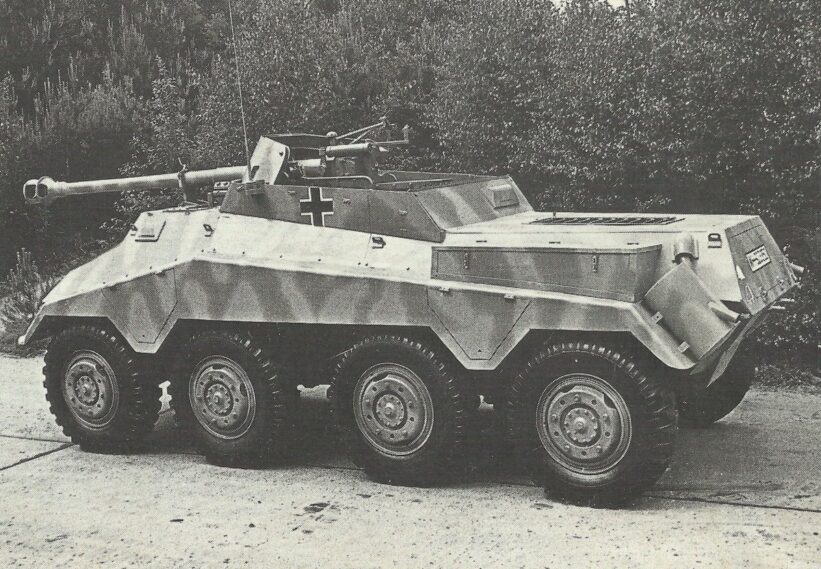 Video of the PUMA in action with computer games

In addition, the following video of action with Puma, Marder IIIH and captured Stormovik in a ‘realistic land battle’ of the free2play game War Thunder:

Another replay video from War Thunder with seven kills of Soviet armored vehicles during the deployment of the SdKfz 234/4 ‘Pakwagen’ at a German vehicle line of the ‘Battle-Rating’ 4.0: