The inability of the T-34 Model 1943 adequately to deal with the new German armor, like the Panzer V Panther and Panzer VI Tiger, forced the NKTP to accept the fact that major improvements in Russian tank design would have to be accepted no matter what disruption they caused the tank industry. The GKO intervened, having been deluged by complaints from the field that Soviet tanks needed ‘a longer arm’ to reach out and smash German armor.

Four gun design teams were assigned to a crash program to field an up-armed T-34. Besides the Grabin and Petrov teams already working on 85 mm guns, Grabin’s bureau at Zavod No 92 in Gorki was turned over to 23-year-old A. Savin when Grabin was shifted to the Central Artillery Design Bureau (TsAKB) in Moscow, and K. Siderenko’s team also began design work on their S-18 85 mm gun. The new guns were tested at the Gorokhovieskiy Proving Grounds outside Gorki, where Grabin’s ZiS-53 was declared the winner.

Unfortunately, the new turret, designed by V. Kerichev at Krasnoye Sormovo in Gorki, did not mate properly with the new gun, apparently being designed around Petrov’s D-5 gun which had been available earlier since it was already in production for the SU-85.

Two unarmed T-34-85s were completed on 15 December 1943, and the GKO approved the type for Army service despite the problems. To circumvent any further delays, the NKTP ordered the T-34-85 into production on an interim basis, using the runner-up D-5T gun. This entered production at Zavod Nr. 112 Krasnoye Sormovo in December 1943. In the meantime, Grabin’s gun was adapted to fit the new turret by Savin, who incorporated other improvements. The modified gun was designated ZiS-S-53, in acknowledgment of Savin’s contributions to the design. It supplanted the D-5T on the new T-34-85 Model 1944 in the spring of 1944. 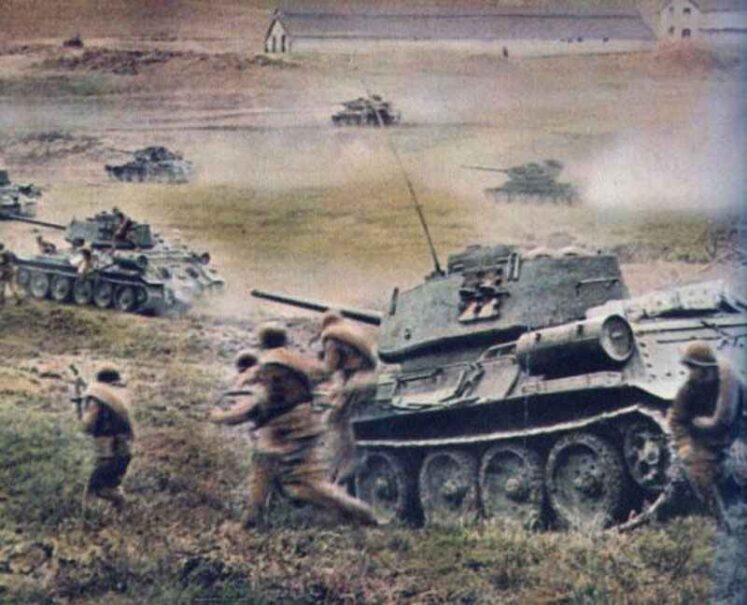 ‘Tank rider’ infantry disembarks from T-34-85s (armed with the longer 85mm gun) during the fightings near Odessa in 1944. 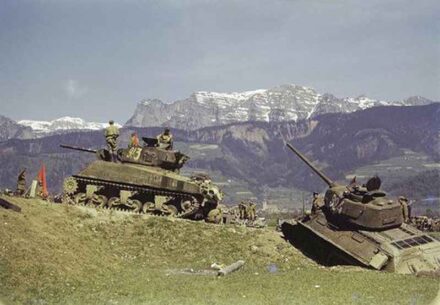 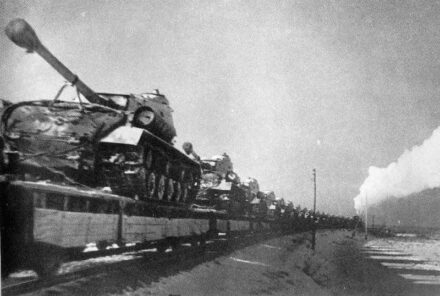 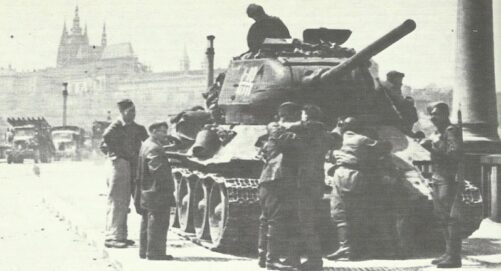 The crew of a T-34-85 of the 63rd Guards Tank Brigade being greeted by Czech civilians in Prague. The castle of Prague can be seen in the background. 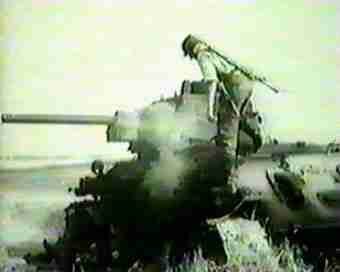 German soldier on a knocked-out T-34 tank at the ‘Sigulda Line’. 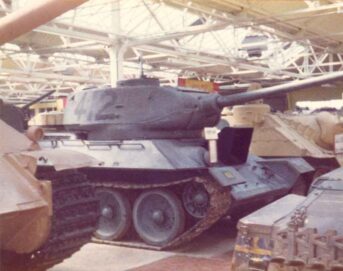 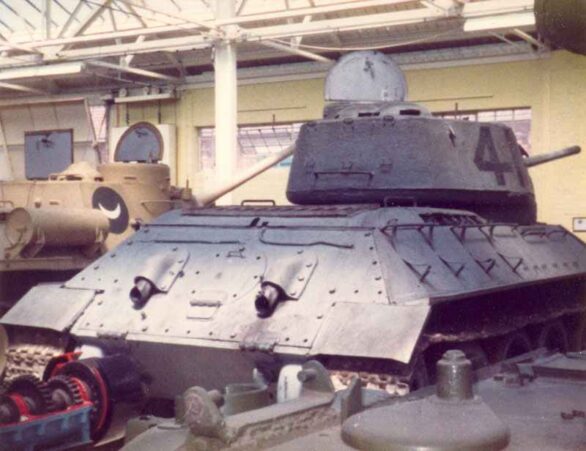 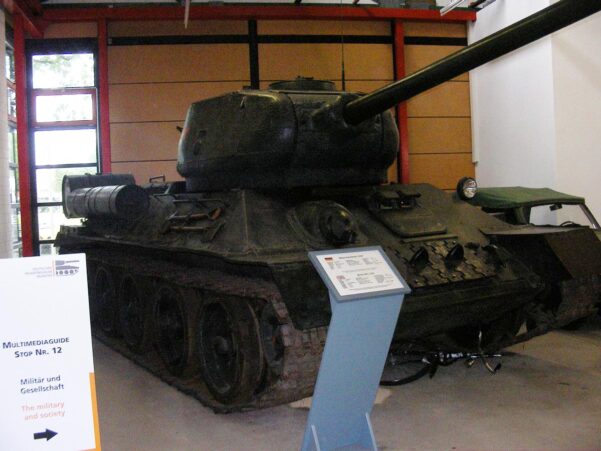 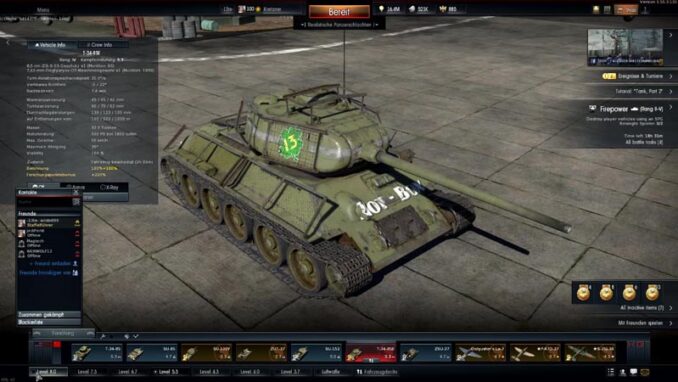 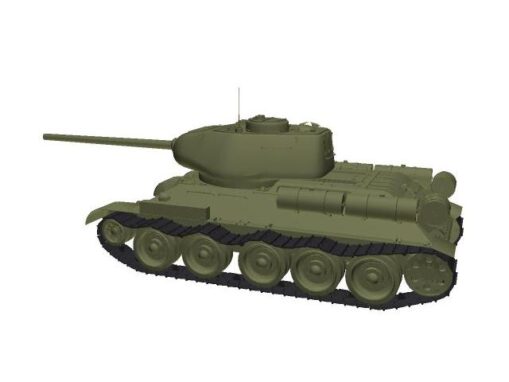 The T-34-85 Model 1943 and T-34-85 Model 1944 differed in a number of respects. The most obvious external difference was the gun mantle, but the Model 1944 also had the commander’s cupola moved back to give more room to the gunner and to allow the radio to be moved from its previous position near the hull machine-gunner up into the turret in front of the commander so that he had more control over it.

The T-34-85 represented not only an important leap forward in firepower, but finally the T-34 turret was reconfigured for a three-man crew with full vision facilities for the tank commander and with full radio equipment. T-34-85 production did not completely supplant production of the T-34 Model 1943 armed with the 76-mm gun at all factories, but did make up the bulk of the 1944 production.

A typical action with the T-34-85E (field modification with additional armor against strikes by the Panzerfaust) in a realistic ground battle of the F2P game War Thunder:

Please click on the start button for this c.5 min video !

More about the Russian Bias in the F2P game War Thunder here !