Designed as the US Army XA-22 attack bomber, the Martin 167 was not adopted but immediately attracted a big French order for the Armee de l’Air as the 167F, with Armee de l’Air designation 167A-3. Of 215 purchased, about 75 reached France before the June 1940 capitulation, squadrons GB 1/62 and 1/63 completing conversion and, despite being chosen for dangerous missions, suffering only 8 per cent casualties (the lowest of any French bomber type).

Some survivors and undelivered aircraft went to the RAF, while most surviving French aircraft served the Vichy Air Force and operated against the Allies over Gibraltar, North Africa and Syria. The RAF accepted 75 ex-French machines and bought a further 150 with two-stage supercharged engines as the Maryland II, using all 225 as reconnaissance bombers in Cyrenaica, Malta and other Middle East areas.

A few went to the Fleet Air Arm (one gave first warning of the departure of Bismarck) and four squadrons served with the South African Air Force. In basic arrangement rather like Luftwaffe bombers, the Maryland was quite fast, nice to fly, but cramped and inadequately armed.

Martin received an RAF order in May 1940 for 400 improved Maryland bombers with deeper fuselages to allow intercommunication between crew members. In the course of design the more powerful R-2600 engine was adopted and the final aircraft, named Martin 187 Baltimore, marked an appreciable all-round improvement. The 400 were made up of 50 Mk I, 100 Mk II and 250 Mk III differing mainly in mid-upper armament.

To facilitate lend-lease contracts, under which additional machines were ordered, the Model 187 was given the US Army designation A-30, but none were supplied for American use. After 281 Mk IIIA, identical to the III but on US lend-lease account and 294 Mk IV, production completed with 600 Mk V (A-30A), the total being 1,575 all for the RAF.

Many were passed on to the South African AF, and a few to the Royal Navy, all being worked very hard in Cyrenaica, Tunisia, Sicily and Italy in bombing and close-support missions. In 1944 units of the co-belligerent Italian forces received ex-RAF machines and formed the Stormo Baltimore which was active over Yugoslavia and the Balkans.

The first Martin Maryland supplied to the RAF. Built to US standards, with single-stage Twin Wasps, this batch was ordered by France. 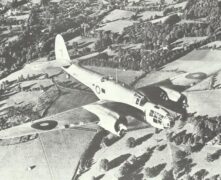 Martin Maryland I of No 69 Squadron RAF.

One of the first Baltimore Mk I of the RAF. As it was pictured here it had been updated to Mk II standard with twin dorsal guns. The subsequent aircraft featured Boulton-Paul power-operated four-gun turrets as the Baltimore Mk III. 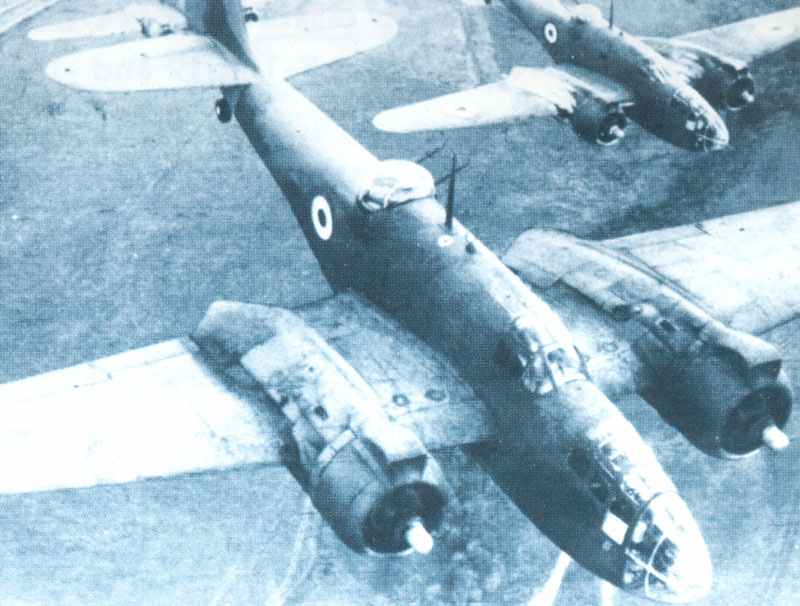 Ex-RAF Baltimore IV bombers flying over the Balkans with the Stormo Baltimore of the Italian Co-Belligerent Air Force.