Nicknamed the ‘Flying Cigar’ on account of its shape and because the fuel tanks were unprotected and easily caught fire, the Mitsubishi G4M was nevertheless the most famous and most numerous Japanese bomber of the war. A total of 2,446 were built in several versions between September 1939 and August 1945. The aircraft saw service from the first day of the war to the last, when two white-painted G4M1s, bearing green surrender crosses instead of the Rising Sun, carried the Japanese delegation to its final appointment with the Allies. The ‘Betty’, as the Mitsubishi bomber was called in the Allied code, proved itself an excellent combat aircraft on all fronts. Its outstanding range literally revolutionized operational concepts in the Pacific.

Only a few minor changes were required, and during flight tests the aircraft easily met the specifications. The second prototype touched 278 mph (445 km/h) and demonstrated a range of more than 3,400 miles (5,500 km).

Before the bomber went into production, attempts were made to develop a heavy escort fighter version of the G4M1. Mass production of the bomber began in 1940, and the first examples came off the production line in April 1941. The Mitsubishi Betty made its operational debut in the last phases of the war against China, and when Japan and America went to war the G4M1 had a great weight of operational experience behind it. This expertise and the type’s long range were responsible for its great success, particularly during the first year of the war in the Pacific. G4Ms played a major role in the sinking of the British battleships Prince of Wales and Repulse on December 10, 1941.

Combat experience and the discovery of weak points such as a lack of armor led to the development of a more powerful and improved version in 1942. This was the G4M2, of which a total of 1,154 were built. The final version, the G4M3, appeared late in 1944. Only 60 of this variant were built. 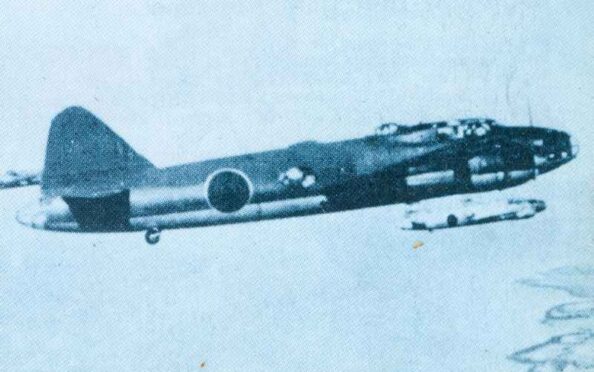 Formation of variously coloured Mitsubishi G4M1 Betty bombers, probably operating over China in 1941 when the aircraft were new. 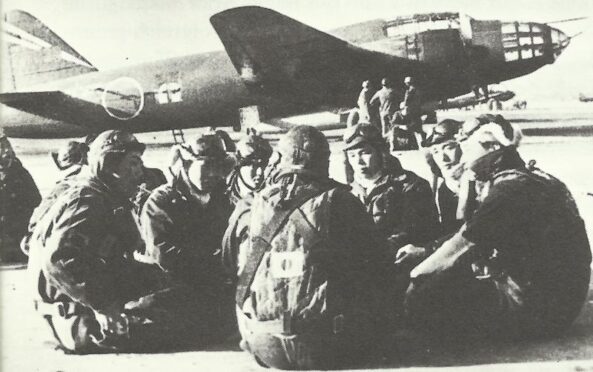 Japanese kamikaze pilots waiting for their mission. In the background a Mitsubishi G4M2 with a manned flying bomb Ohka under the fuselage.