As the world’s first jet bomber and reconnaissance aircraft the Ar 234 Blitz (Lightning) spearheaded Germany’s remarkably bold introduction of high-performance turbojet aircraft in 1944. Its design was begun under Walter Blume in 1941, after long studies in 1940 of an official specification for a jet-propelled reconnaissance aircraft with a range of 1,340 miles (ca. 2,157 km). The design was neat and simple, with two of the new axial engines slung under a high wing, and the single occupant in a pressurized cockpit forming the entire nose. But to achieve the required fuel capacity no wheels were fitted. When it flew on 15 June 1943 the first Ar 234 took off from a three-wheel trolley and landed on retractable skids.

After extensive trials with eight prototypes the ninth flew with conventional landing gear, leading through 20 pre-production models to the operational Ar 234B-1, with ejection seat, auto-pilot and drop tanks under the engines. Main production centered on the Ar 234B-2, made in many sub-variants, most of them able to carry a heavy bomb load.

Reconnaissance service over the British Isles with the Ar 234 B-1 began in September 1944, followed by a growing force of Ar 234 B-2s which supported the Battle of the Bulge in the winter 1944-45.

Up to 14 December 1944 116 Ar 234s were built, of which some 55 were delivered to KG 76. By 21 December the move of the 9th Staffel of III/KG76 from Burg near Magedburg, where the unit was converting to the new type, to Munster-Handorf was complete and the first bombing operation with nine Ar 234 B-2s was successful flown on 24 December 1944 against traffic targets at Liege and Namur. Because of the high speed of the Ar 234’s, fighter attacks from behind were not successful.

In March 1945 Ar 234 B-2s of III/KG76 repeatedly attacked the vital Remagen bridge across the Rhine with 2,2051b (1,000kg) bombs, causing its collapse. Though handicapped by fuel shortage these uninterceptable aircraft played a significant role on all European fronts in the closing months of the war.

Up to February 1945 all 210 aircraft from the initial order of the B-series were delivered, and production was stopped in favor of the four-jet C-series, which was to be built at Alt-Lonnewitz and Brandenburg-Neudorf. It was hoped that a monthly production rate of 500 aircraft would be reached by November 1945, but only 14 Ar 234 Cs were completed until the end of the war. 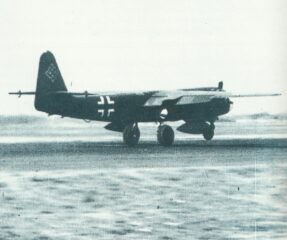 Take-off by the Ar 234 V9, prototype of the B-series with conventional landing gear, pressure cabine, ejection seat and bombing computer. 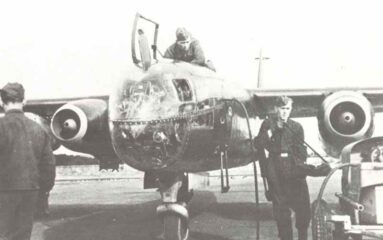 Arado Ar 234 B-2 atttached to 9th Staffel, IIIrd Gruppe of KG76, which from 6 December 1944 was commanded by Major Hans-Georg Batcher. 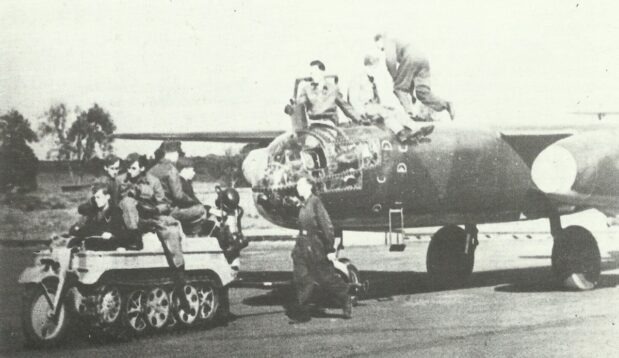 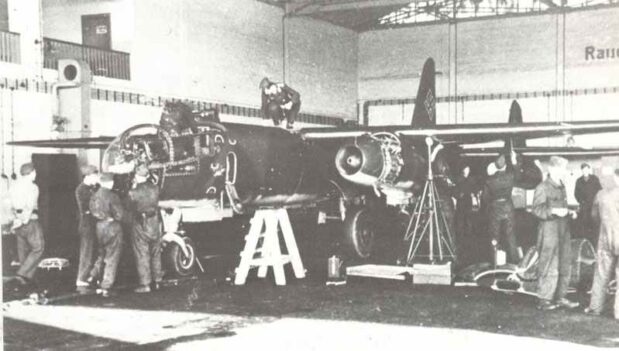 Working up with the new Arado Ar 234 B-2 by Einsatzkommando Lukesch at Burg bei Magedburg in the autumn of 1944. 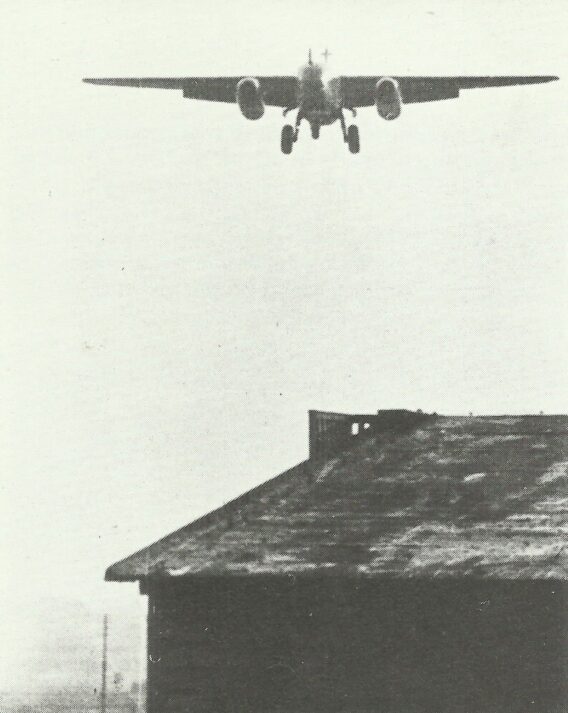 Arado Ar 234B climbing after take-off 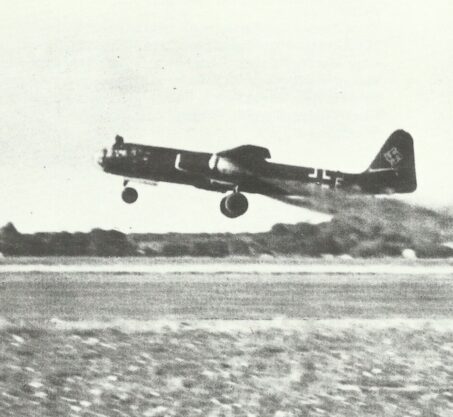 Ar 234B converted to night fighter with cannon in a ventral tray and FuG 218 Neptun radar. Served with Erprobungskommando ‘Bonow’ at Oranienburg from March 1945.

By Allies captured Aradr Ar 234B after the German surrender. 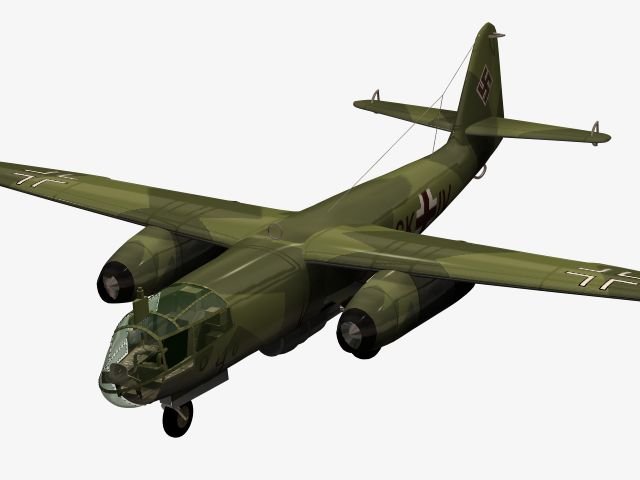