Unquestionably one of the leading significance aircraft of WW2, as well as one of the finest planes of aviation history, the Avro Lancaster came to exist as a result of the fiasco of its forerunner.
In September 1936 the Air Staff released requirements P13/36 for a twin-engined bomber of outstanding dimensions as well as capability to be run by a pair of the very strong power plants at this time under construction: the Rolls-Royce Vulture 24-cylinder X power plant had been favored.

Handley Page swapped to 4 Merlin engines for the Halifax bomber, nevertheless Avro followed the big-twin blueprint and the initial Type 679 Avro Manchester flew on July 25, 1939. Totally 209 Manchesters were produced by November 1941, however the aircraft had been suffering from the unreliability and inadequate performance of the power plants. Although it was supplied to 8 Bomber Command squadrons, as well as elements of 2 others along with a flight in Coastal Command, the Manchester had been removed from operation in June 1942 and survivors had been scrapped.
However, the general Manchester had been definitely remarkably great, and in 1940 the choice had been taken up to develop a longer-span model with 4 Merlin power plants.

The initial Lancaster (BT 308) flew as the Manchester III at the start of 1941. So excellent was its capabilities that it entered instant large-scale manufacturing, and Manchesters currently on the line from L7527 onwards had been finished as Lancasters (recognized from afterwards planes by their row of rectangular windows inside rear fuselage).

Operations started at the beginning of 1942 by 44 Sqn at Waddington, and on 17 April 1942 a combined force of 44 and 97 Squadrons launched a somewhat foolhardy daylight raid against the MAN plant at Augsburg, whereupon the fresh bomber’s presence had been discovered.

From this day until the end of WW2 Lancasters fly 156,000 sorties in Europe as well as dropped 608,612 long tons of bombs.
Overall manufacturing, together with 430 built in Canada by Victory Aircraft, had been 7,377 Lancasters. Of these 3.425 had been Mk I and 3,039 the Mk III using US Packard-built power plants. 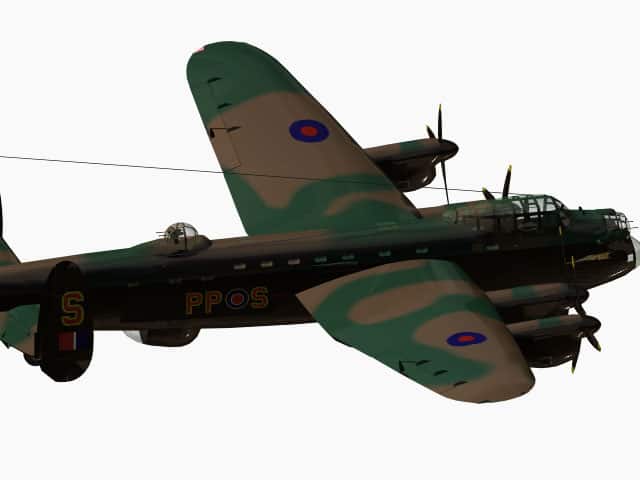 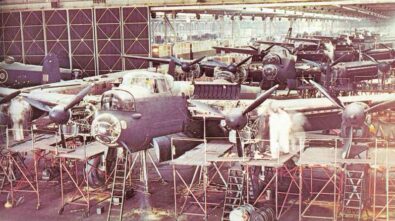 The final assembly line at Avro’s Woodford plant in 1943 with Lancaster Mk Is. 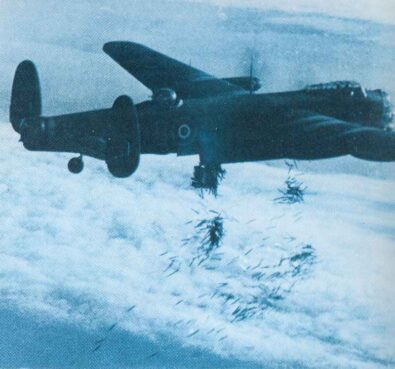 Lancaster bomber in action: incendiaries cascade from one of the highly secret Lancaster Mk I of No 101 Sqn, from Ludford Magna, with Airborne Cigar electronic jamming equipment. 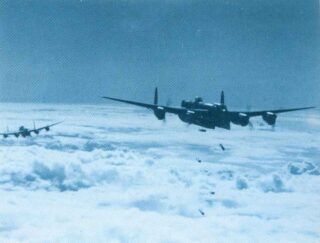 Late-war Lancaster bombers in action over a cloud-covered target in daylight, after spring 1944.

Lancasters were also used for tactical duties. This aircraft from No 576 Sqn was lost on 24 September 1944 during an attack on Calais. 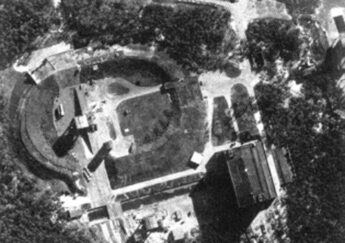 Photo-reconaissance picture of Peenemunde, the German rocket development research center, taken before the 17/18 August 1943 attack, which was done by RAF Lancasters, clearly show how effective this raid was. 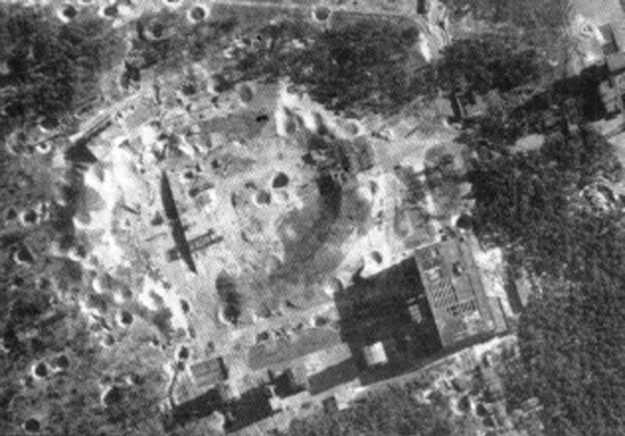 Photo-reconaissance picture of Peenemunde, the German rocket development research center, taken after the 17/18 August 1943 attack, which was done by RAF Lancasters, clearly show how effective this raid was. 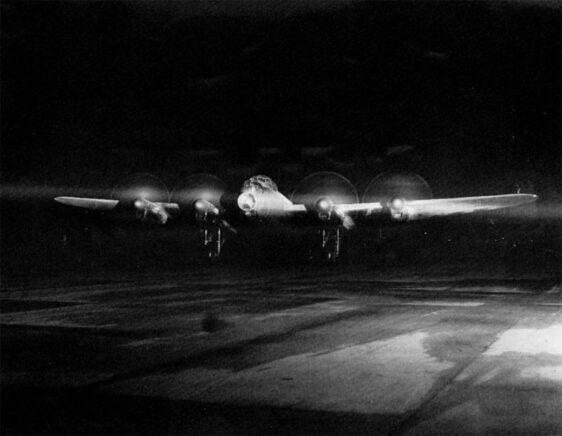 Caught in the glare of the green Aldis light from the runway controller’s van, the pilot released the wheel breaks and opens the throttles of a Lancaster bomber to begin the take-off run. 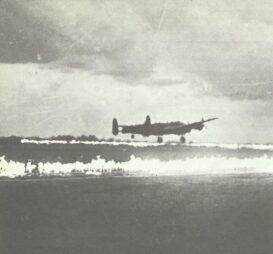 A heavy Lancaster bomber lands on a with ‘Fido’ equipped airfield. 15 of the largest air bases in England received this equipment sine 1942, which has saved many aircraft. 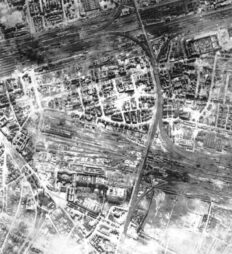 This is the aftermath picture from a Lancaster raid on Frankfurt (railway aerial) on 12/13 September 1944. This raid was destinated to be the city’s last major attack of the war.

Specifications for Avro 683 Lancaster Mk I and Mk II

By April 1945, Bomber Command’s frontline strength was almost entirely dominated by the Avro Lancaster, with three groups fully equipped and another converting.