John C. Garand first produced a repeating rifle for trial in 1920, but it used an unusual system of operation, relying on the expansion and set-back of the primer cap in the cartridge to unlock the bolt action. While the system worked, it was not entirely practical, but Mr. Garand later joined the design staff of Springfield Arsenal and went on to develop the rifle which will always be associated with his name.

In 1929 a series of tests of competing designs of rifle were held at Aberdeen Proving Ground, as a result of which a Garand design of gas-operated rifle was selected as the most promising. Further development took place, and in 1936 it was standardized as the US Rifle M1.

The operation is by gas tapped very close to the muzzle end of the barrel, driving a long-stroke piston backwards. This, by means of a cam, rotates and opens the bolt and cocks the firing hammer. The return spring is carried in the gas piston, an arrangement which keeps the action body short and compact.

Feed is from a magazine loaded by an eight-round clip, and upon the last round being fired the clip is ejected and the action held open for re-loading. This is probably the least desirable feature of the M1 Garand, since single rounds cannot be loaded to ‘top up’ the magazine; it has to be a full clip or nothing. It also led to a tactical disadvantage in that the ejected clip made a most distinctive noise if it fell on hard ground, thus alerting the enemy to the fact that the rifleman was now holding an empty rifle. But in spite of this small defect, the M1 Garand proved reliable and accurate in service all over the world. Indeed, the postwar rifle, the M14, is largely based on Garand’s design. 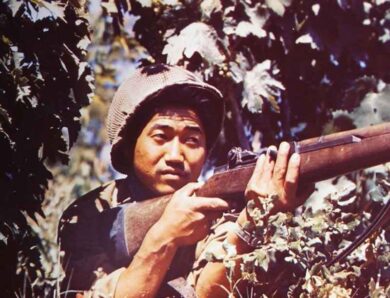 GI aiming with his Garand rifle. 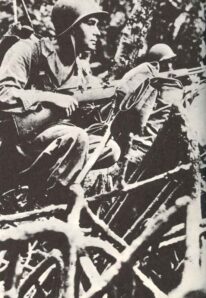 US Marines with M1 Garand in the jungle during the campaign in the south Pacific. 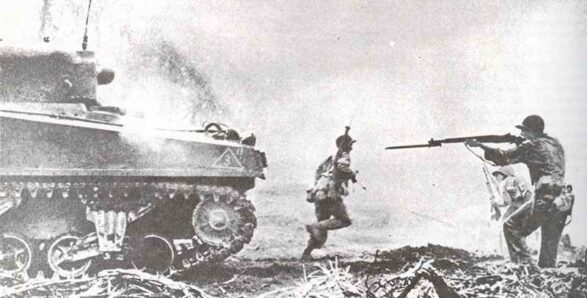 A US Marine takes aim with his M1 Garand at Iwo Jima in 1945. The fighting on Iwo Jima was fierce, as the Japanese put up some of the stiffest resistance in the war. 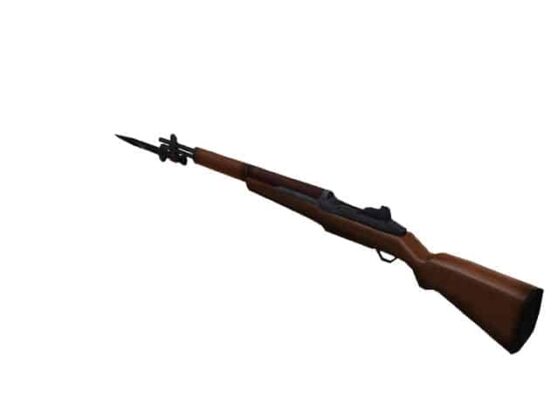