Panzerschreck (Tank Terror) or Ofenrohr (Stovepipe) was a shoulder fired rocket launcher inspired by the US Army’s 2.36in Bazooka after specimens had been captured by the Germans. At that time the German Army were casting about for a suitable weapon to use against Soviet tanks like the T-34 and KV tank, and after trials of the Bazooka it was decided to produce a German equivalent, nicknamed Panzerschreck, as quickly as possible.

The opportunity was taken of making a few improvements in the original American design which, it is interesting to see, were later incorporated by the Americans in later models of their weapon. The caliber was increased to 88 mm in order to provide a better and more effective warhead; a drum tail was used, and the electric firing current was derived from an impulse magneto driven by squeezing the firing gap. As with most of the first-generation launchers, the rocket motor was still burning when it left the launcher and therefore a shield, which incorporated the rear sight, was provided. The weapon became notorious for the flame and smoke which came from the rear end when it was fired, a circumstance which gave rise to the nickname Ofenrohr.

The Panzerschreck was widely used, being first issued in 1943 to units on the Eastern Front and remaining on issue throughout the war. As the propellant situation became more critical, other weapons were developed to replace it, but few reached the hands of troops, so in spite of this logistic drawback it stayed in use. It was highly effective against the tanks of the time, and appears to have been well liked by the soldiers. 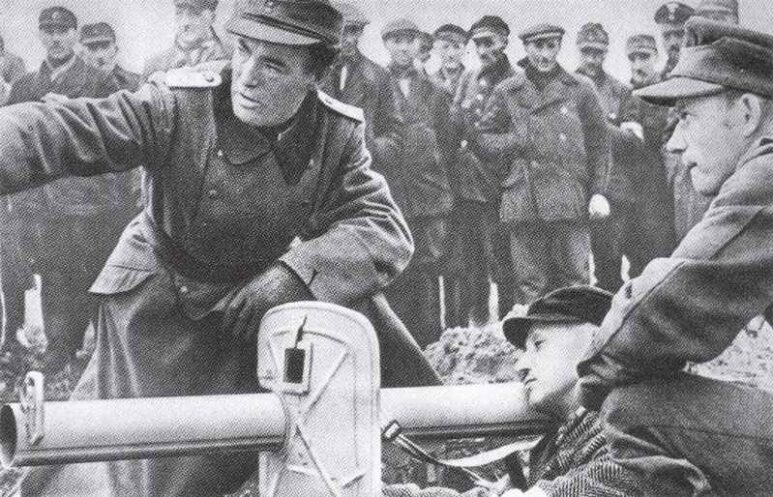 Exercise of soldiers of the German Volkssturm with Panzerschreck. 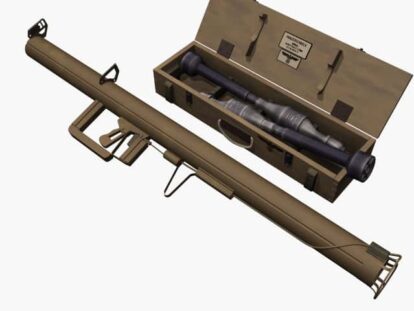 The Panzerschreck in action. 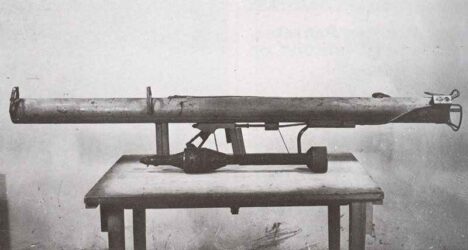 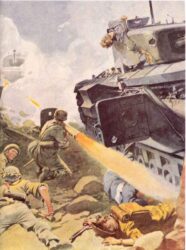 A Propaganda painting of the Panzerschreck in action against British Churchill tanks.