The popular called ‘Pump guns’ (or pump-action shotguns) were widely used during both World Wars for the battles in the trenches, jungles and forests and fighting in cities. Various armies were using them still in WW2 and until today.

They are only effective at short ranges (less than 50 yards (ca. 46 m)), but at the distances below which often occurs at the fighting in trenches, jungles or buildings, extremely deadly weapons.

The pump-action gun is a smooth bore. The ammunition supply is generally of a tubular magazine below the barrel, usually around 8 projectiles with charges of up to 6 to 9-mm buckshot. There are also smaller projectiles with fewer and smaller shot, but their stopping power or efficiency while eliminating or opening of obstacles (such as doors or barricades) is obviously much lower.
The greater the charge and shot pellets, thus the greater the effect on the target. However, the probability of achieving results with smaller but more bullets in the cartridge, if of course, much larger.

A skilled shooter can fire with the gun without difficulty one or two shots per second, since the handling is quite simple and the probability of a hit at close range very high.

The shooter merely has to retract the fore end, already the shutter is opened and stretched the blow cock. An already faded, empty cartridge is ejected simultaneously. Now the shooter pulls back the fore end forward and the next cartridge is loaded and the closure closed.

In addition, one must – unlike the normal gun – not even the weapon be discontinued, allowing the weapon constantly be directed to the target and to achieve a high rate of fire.

Users: Germany and several other armies in both World Wars til today. 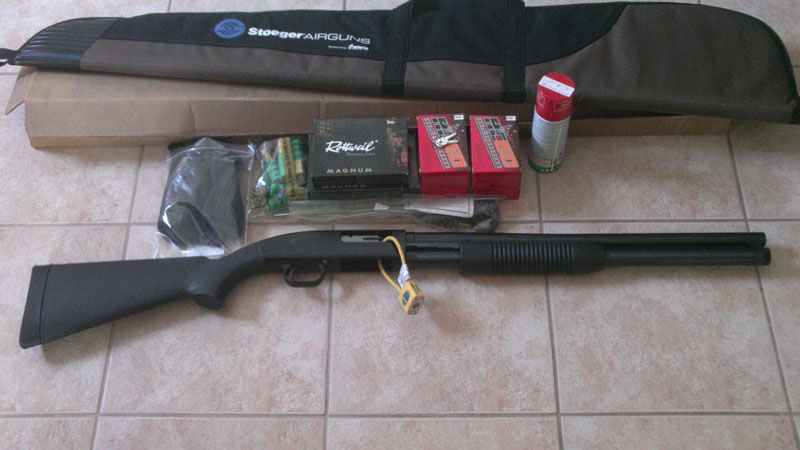 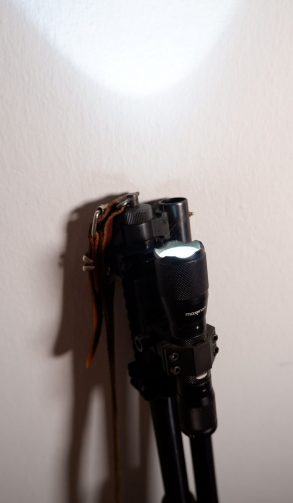 The tactical light attached to a rail on the fore-end.

Video from clay pigeon shooting with the Maverick Model 88 in Crete and a Fabarm pump gun (1:13 min).