In 1938, having contemplated the trends and tactics of the Spanish Civil War, the German Army decided that a submachine gun was needed; not, apparently, convinced that any of the contemporary designs available were what they wanted, they instructed Herr Giepel to produce one to their specification. As it happened, Giepel had been working on a design for some time, and with a few slight changes this was accepted as the MP38. It broke new ground in weapon design by having no wood anywhere in its construction and by having a folding stock. The bolt was driven by a return spring contained in Vollmer’s telescoping tube, and it carried a spring-retracted firing pin. The muzzle was threaded to take a blank-firing attachment or a combined muzzle cover and cleaning rod guide, and beneath the barrel was a hook-like steel bar which was to prevent damage to the barrel when firing through the gun-port of an armored vehicle and which was designed to prevent the gun being pulled inadvertently inboard during firing should the gunner lose his footing.

For all its innovations the MP38 was still largely made by conventional methods, and while the Army were pleased with it, they demanded a weapon more easily mass-produced. The MP38 was therefore critically examined and redesigned to make the maximum use of stamping and welded assemblies. The result was known as the MP40 and replaced the MP38 as the standard submachine gun, becoming virtually the German Army’s trademark. The principal changes were that the body was of stamped sheet steel, formed and welded; the magazine housing was ribbed instead of plain; while the body top was plain instead of ribbed. The cocking handle was redesigned so that it could be pressed inwards when the bolt was forwards to engage an enlarged portion of the handle in a slot milled in the receiver, thus locking the bolt forward and preventing inadvertent discharge should the gun be dropped on its butt. 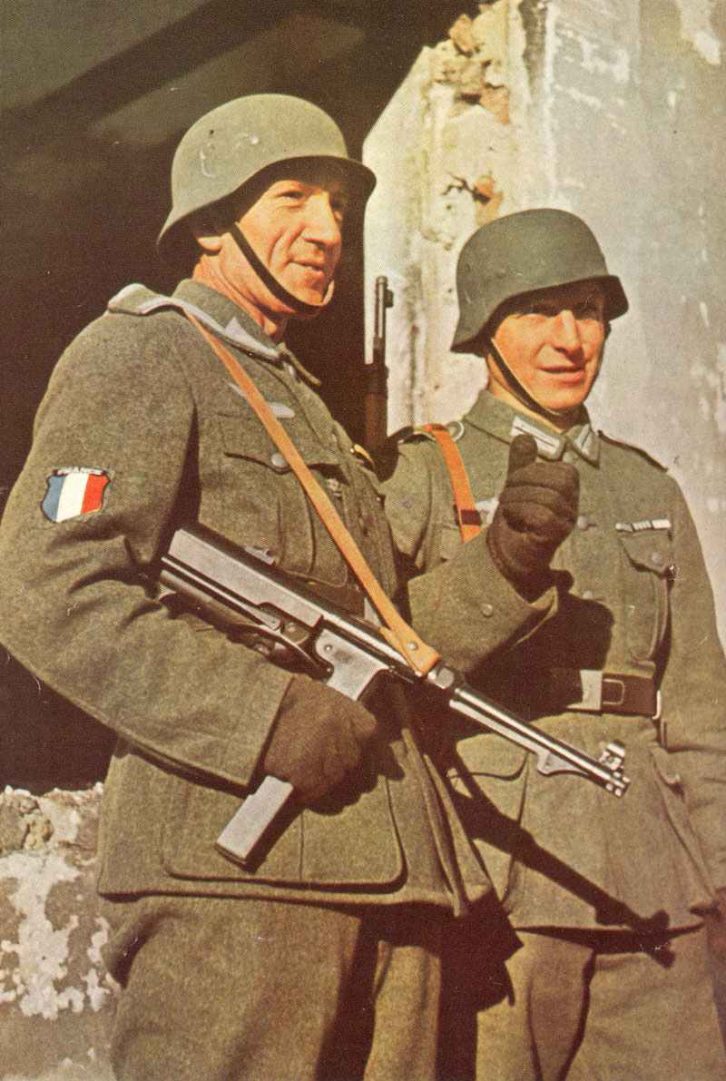 Two members of the French Legion on the Eastern front. The soldier in front is armed with the MP40. 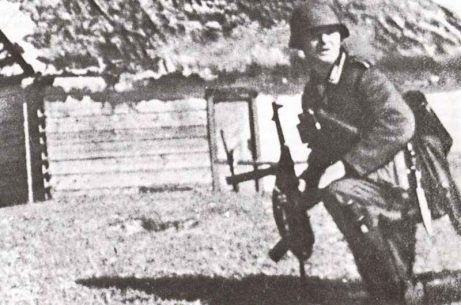 The German MP38 in use on the Russian front in 1941. The Wehrmacht assisted the Red Army in their scorched earth policy. 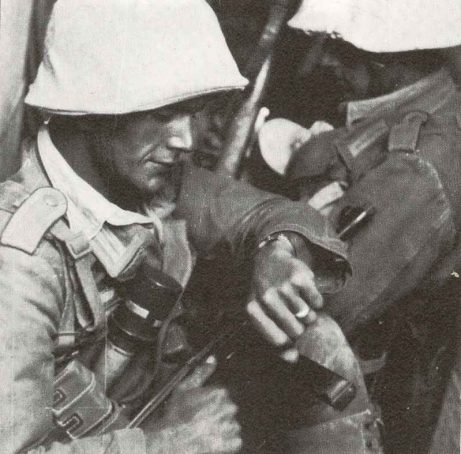 A Sergant of the Panzergrenadieres of the German Africa Corps, armed with the MP40 sub machine gun and reserve magazines, is waiting for the attack. 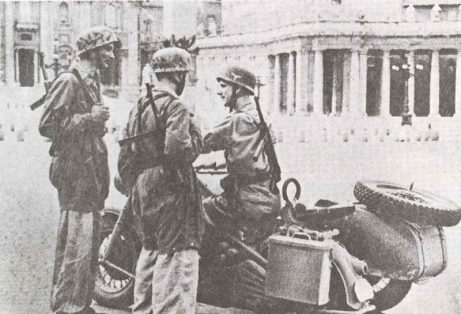 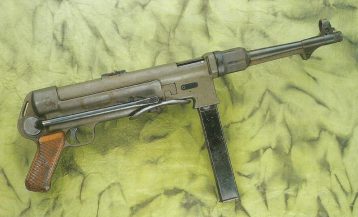 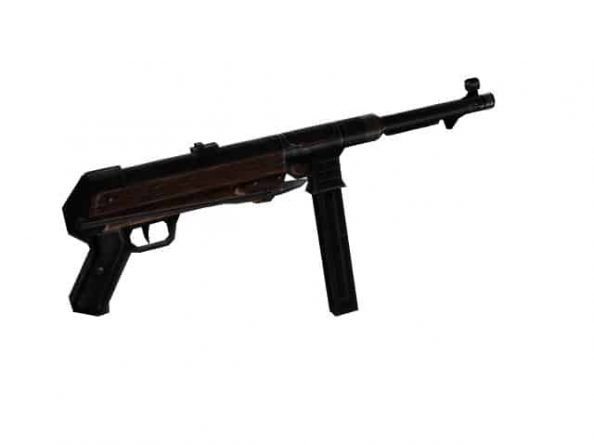 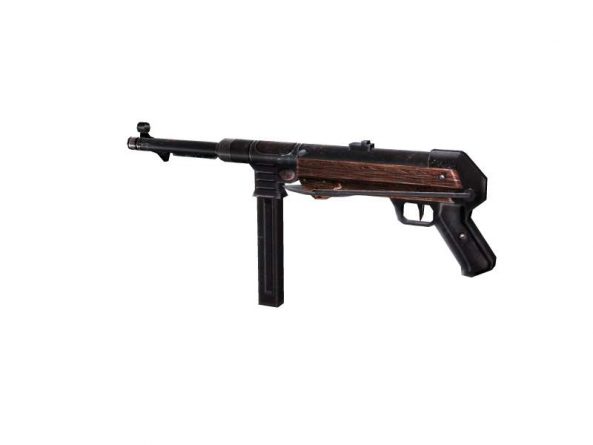 MP38 / 40: A modification of the MP38 to bring it up to the safety standard of the MP40 by fitting it with the MP40s cocking handle and cutting a suitable slot in the receiver.

MP40 / 2: During the Russian campaign, the German troops complained that the Russian soldier with a 71-round drum on his PPSh submachine gun had a considerable edge over the German with a 32-round box magazine. As a result, a special magazine housing was produced which allowed two magazines to be inserted side by side; one was aligned with the barrel and fired, after which the second could be slid across into alignment and fired. The device was cumbersome and only produced in limited numbers; its principal drawback was that the weapon with two loaded magazines weighed over 12 lbs, while the Russian weighed somewhat less and still had seven shots in hand.

Video from firing with MP 40.