Soviet sub-machine guns PPS-42 and PPS-43 of the Second World War.
History, development, service, specifications, pictures and 3D model of the PPS SMG’s which were born and produced during the Siege of Leningrad.

This was the third standard sub-machine gun adopted by the Red Army during the war, and was designed by A I Sudarev. In view of the Soviet system of selecting one design and mass-producing it to the exclusion of every other, it is unusual to find this weapon being apparently produced at the same time as the PPSh, but this was due to the exigencies of war.

When the city of Leningrad was besieged by the German Army in 1941-42, weapons were in short supply, and the PPS was designed and put into production inside the besieged city, being sent straight from the factory to the nearby front line. It was a remarkable production, entirely stamped from steel except for the barrel and bolt, and spot-welded together. The only non-metal parts are the wooden grips and a small piece of leather acting as a buffer for the bolt. Finish is non-existent, rough welds and grinding marks being apparent all over, and it must be the cheapest weapon of any type ever produced. But for all that it works well and reliably, and many thousands were turned out, both in its original form (PPS-42) and in a slightly modified form (PPS-43), which is substantially the same.

The perforated barrel jacket extends beyond the muzzle to act as a muzzle brake and compensators, as in the PPSh; a curved box magazine is fitted; and the skeleton steel butt folds across the top of the gun body. A simple safety catch is fitted in the front edge of the trigger guard, and there is no provision for firing single shot.

The weapon is so much cheaper and simpler than the PPD or PPSh models that the question arises of why it did not entirely replace them. The authoritative answer will never be known, but a clue is given by the official treatment meted out to Leningrad after the siege. During the siege the heroic defenders became national heroes, and, in the eyes of the hierarchy in Moscow, got a bit above themselves. When the siege was over most of the more prominent figures were quietly removed from the public eye and the whole affair was considerably played down. It seems likely that this attitude spread to the weapon born of the siege, for it never went into full mass-production.

Most of the PPS models were removed from Soviet service and given to satellites immediately after the war; certainly they were more common in Korea in 1951-52 than any other model of Russian sub-machine gun. 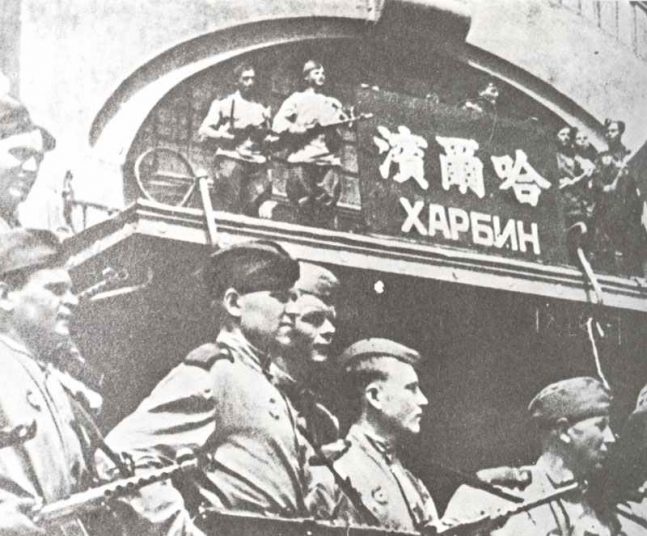 A variety of Russian PPS sub-machine guns on display at the capture of Harbin, Manchuria, in 1945.

The PPS-43 sub-machine gun, born during the siege of Leningrad. 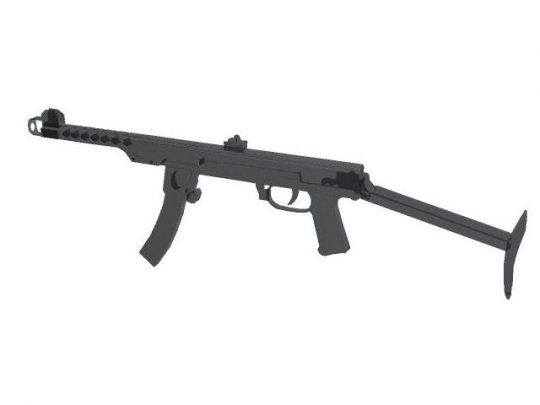