The de Havilland Vampire was the first true design for a British jet fighter plane. That demanded a completely new classification of the individual assemblies to each other.

Frank Halford had designed a jet engine, called H 1 and later Goblin, with a thrust of about 2,530 lb (ca. 1,148 kg). The aircraft designers found this sufficient for a small fighter with one engine. They constructed a short torso, where the pressure cabins was in front of the engine. The tail was carried by two thin legs and the horizontal stabilizer was above the exhaust jet.

The prototype was the first Allied aircraft which reached 500 mph (ca. 805 km/h), but the first production aircraft didn’t reach the squadrons during WW2. Because the De Havilland company had no free capacities, these were built by English Electric. 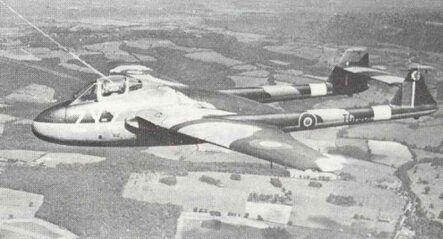 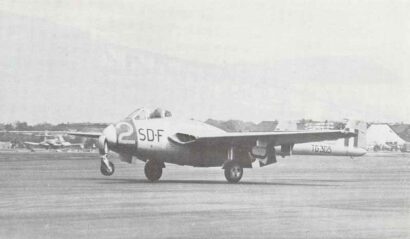 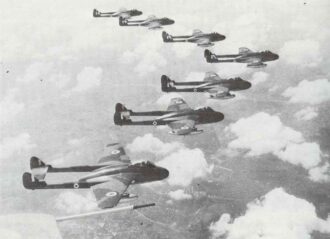 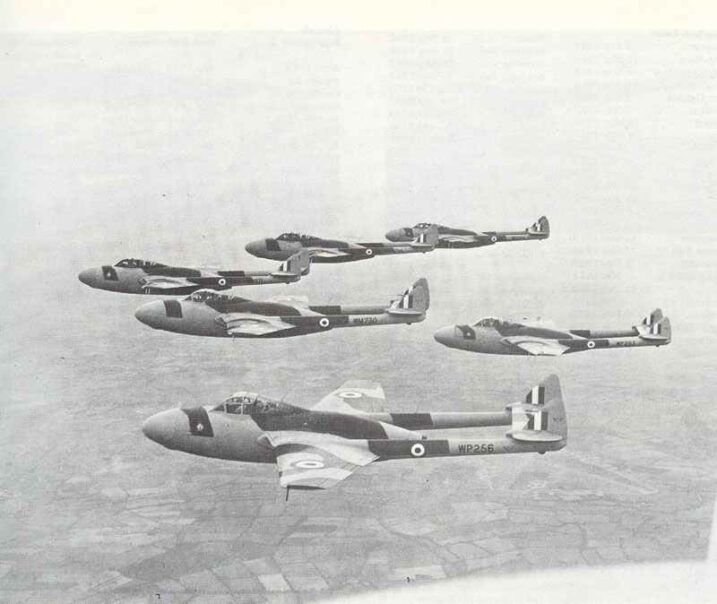 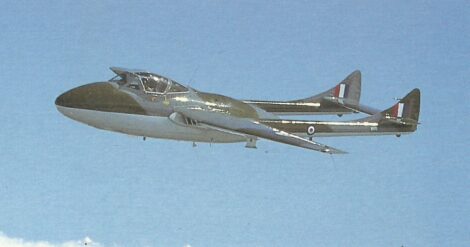 Late trainer version of the Vampire 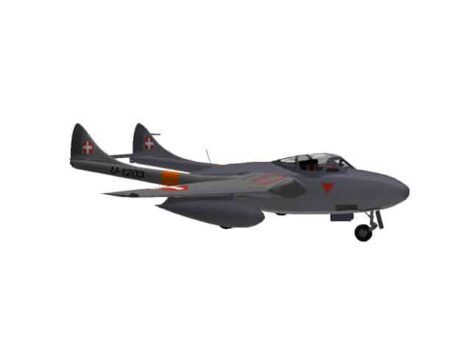 This first jet fighters were replaced by the F 3, with a typical DH-tail, lowered horizontal tail and more fuel capacity. The FB 5 had straight winged ends with wing rackets, and the FB 6 was an export model which was built in Switzerland.
There were a huge range of export models, such as the Australian FB 30 with Nene engine and air entrance on the body, or the French Mistral SNCASE with Hispano Nene engine and enlarged air entrances at the wing roots.

The final version of the RAF was the tropicalized FB 9. Also, a Sea Vampire F 20 was built in small numbers.
The total production figure, including all variants, amounted to 4,206 – more than any other British post-war aircraft.