British Royal Navy, French Navy and German Kriegsmarine at the beginning of World War II in September 1939.
Part I: Ships and deployment of Royal Navy and French Navy.

The fleets in September 1939 with ship classes, ships under construction and deployment of the Royal Navy, French and German navies.

At the beginning of the War, the Royal Navy was the most powerful in the world. It had the largest number of ships and a network of naval bases and coaling stations around the globe.
Before mobilization the strength of the Navy was 9,762 officers and 109,170 ratings. In January 1939 there were in addition 51,485 men in the Royal Fleet Reserve, 10,038 in the Royal Navy Reserve (mainly serving in the Merchant Navy), 2,049 in the Royal Navy Auxiliary Sick Berth and Wireless Auxiliary reserves, and 6,180 in the Royal Naval Volunteer Reserve.

Royal Navy dispositions in European waters in September 1939 were as follows:

[amazon_link asins=’1780765460′ template=’ProductGrid’ store=’wwto-20′ marketplace=’US’ link_id=’07a8926b-fe77-11e6-8a61-f5a36b83c499′]Escort vessels served worldwide, while a number of ships of all types were undergoing refit, were in reserve, or being used on miscellaneous duties such as training.
Captains commanded battleships, battlecruisers, cruisers and aircraft carriers, which were organized in squadrons of between two and nine ships under a rear-admiral. Eight destroyers, each in the charge of a commander, plus a specially fitted leader commander by a captain, usually comprised a flotilla.

The Fleet Air Arm as it was known went to war with 190 airplanes in aircraft and seaplane carriers; plus spotter float planes mounted on catapults in capital ships and cruisers.

In January 1937 France began a program of modernization and expansion which elevated the French Fleet to fourth largest in the world, although it was considerably smaller than that of her ally, Great Britain.
On 23 August 1939 Navy reservists were called up, anti-aircraft defenses manned, and liaison officers were exchanged with the Royal Navy. By 1 September 1939 the strength of the French Navy was 160,000 personnel of all ranks.

The dispositions of the French navy on the outbreak of war was as follows:

[amazon_link asins=’159114566X’ template=’ProductGrid’ store=’wwto-20′ marketplace=’US’ link_id=’2b75ea07-fe77-11e6-ac7c-af25091b4557′]The early war strength of the Fleet Air Arm (Aeronavale) was four squadrons of dive-bombers, two of seaplanes and one of flying boats. They were all intended to be ship borne, although the employment of the two rather slow carriers on ferrying duties meant that the aircraft had to be shore-based, apart from those planes mounted on capital ship and cruiser catapults.
In 1939, naval aircraft strength was 350 planes. 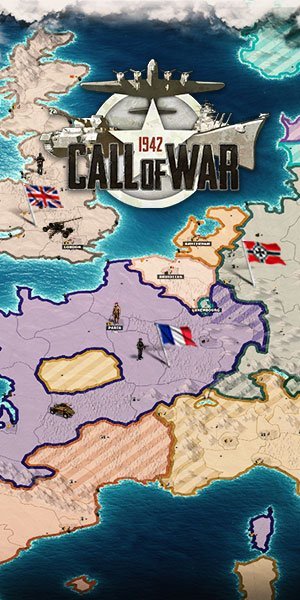 Do NOT follow this link or you will be banned from the site! Scroll to Top
We use cookies to ensure that we give you the best experience on our website. If you continue to use this site we will assume that you are happy with it.Ok