Messerschmitt Me 109 B, C and D
Type: German fighter plane from Legion Condor in the Spanish Civil War.

For Twenty five years the Me 109 was at production somewhere on the globe. It served the Luftwaffe for eight years, production throughout the years 1936-45 making up nearly two-thirds of Germany’s entire production of single-seat fighters; and exported or licence-built versions equipped the air forces of nearly 12 other nations. The overall quantity of Me 109 built was well more than 33,000.

Developed by the Bayerische Flugzeugwerke AG in 1933 around Germany’s strongest aero-engine of that time period, the 610 hp Junkers Jumo 210A, the Me 109 V1 first prototype (D-IABI) actually made its first flight, at the beginning of September 1935, having a 695 hp Rolls-Royce Kestrel V.
A Jumo 210A powered the V2, which flew in January 1936, followed by the expected prototype for the first manufacturing series, the V3.

The Earliest operating fighter variants were the Me 109 B-1 and B-2, depending on the V 4 and V7 prototypes and equipped with two 7.9 mm MG 17 machine-guns over the engine along with a third MG 17 firing throughout the hollowed out propeller canal.

Regardless of its triumphant fighting record in Spain, the Messerschmitt Bf 109 B’s armament left space for advancement, and also the quantity of MG 17s was heightened to 4 in the C-1 (two above the engine and 2 inside the wings) and 5 within the C-3 (through reestablishing the center gun). The Me 109Cs, that have 700hp Jumo 210Ga engines, joined the Bs in Spain in 1938.
In this year additionally, Arado, Erla, Fieseler, Focke-Wulf and WNF were introduced into the Me 109 manufacturing program, and the BFW changed its name to Messerschmitt AG.

Installing of the 986hp DB600Aa created the Me 109D series, with increased performance; small batches of Messerschmitt Bf 109Ds were also sold to Hungary and Switzerland.

At the outbreak of WW2 the Luftwaffe had a strength of 1,056 Me 109. Several of these were Messerschmitt Bf 109Ds, however this series was currently being exchanged in growing figures by the Me 109 E. 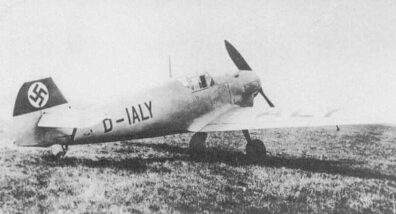 The fourth Bf 109 B with it’s designer Franke, right. 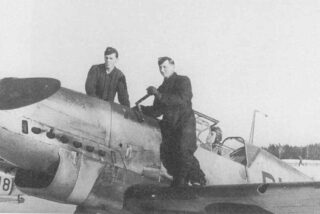 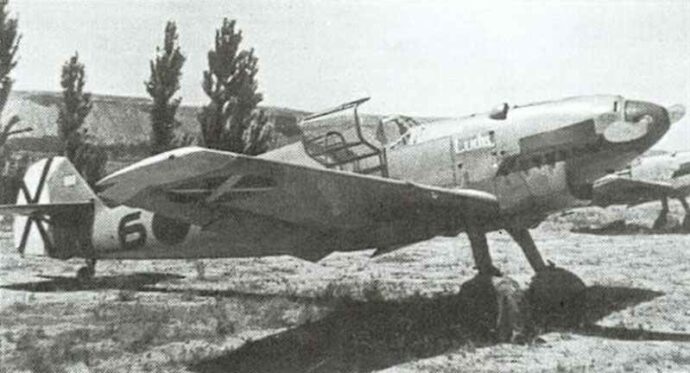 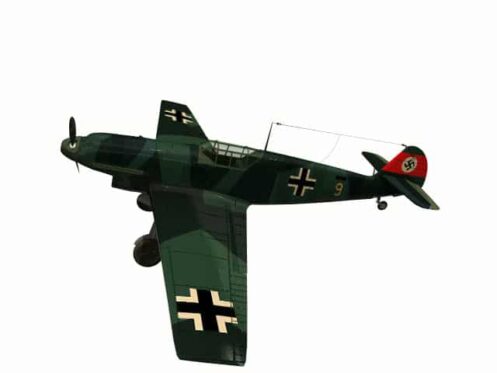