Until well into 1941 the Hawker Hurricane was by far the most numerous of the RAF’s combat aircraft, and it bore the brunt of the early combats with the Luftwaffe over France and Britain.

Designed by Camm as a Fury Monoplane, with Goshawk engine and spatted landing gear, it was altered on the drawing board to have the more powerful PV.12 (Merlin) and inwards-retracting gear and, later, to have not four machine guns but the unprecedented total of eight. The Air Ministry wrote Specification F.36/34 around it and after tests with the prototype ordered the then-fantastic total of 600 in June 1936.

Gloster’s output in 1940 was 130 per month. By this time the Hurricane I was in service with new metal-skinned wings, instead of fabric, and three-blade variable pitch (later constant-speed) propeller instead of the wooden Watts two-blader. In the hectic days of 1940 the Hawker Hurricane was found to be an ideal bomber destroyer, with steady sighting and devastating cone of fire; turn radius was better than that of any other monoplane fighter, but the all-round performance of the Me 109 E was considerably higher.

The more powerful Mk II replaced the 1,030hp Merlin II by the 1,280hp Merlin XX and introduced new armament and drop tanks. In North West Europe it became a ground-attack aircraft and in North Africa a tank-buster with 40mm guns against German Panzer III and Panzer IV.

While operating from merchant-ship catapults and carriers it took part in countless fleet-defense actions, the greatest being the defense of the August 1942 Malta convoy, when 70 Sea Hurricanes fought off more than 600 Axis attackers, destroying 39 for the loss of seven fighters.

The Hurricane was increasingly transferred to the Far East, Africa and other theaters, and 2,952 were dispatched to Russia, some receiving skis. Hurricanes were used for many special trials of armament and novel flight techniques (one having a jettisonable biplane upper wing).

Total production amounted to 12,780 in Britain and 1,451 in Canada (after 1941 with Packard Merlins) and many hundreds were exported both before and after WW2. 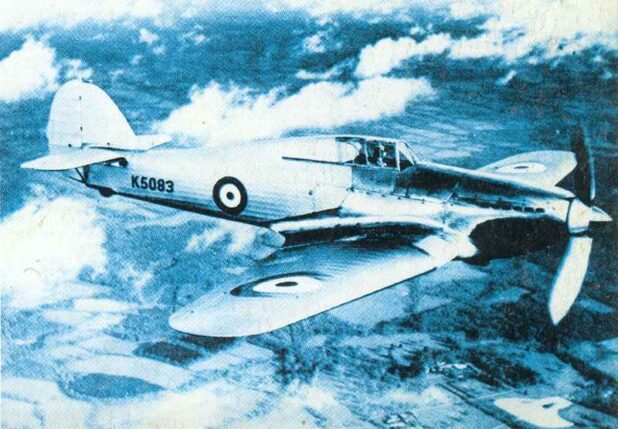 The Hawker High-Speed Monoplane (F.36/34) prototype, flown in November 1935 a few weeks after the first Bf 109. Many detail changes were needed to yield the Hurricane. 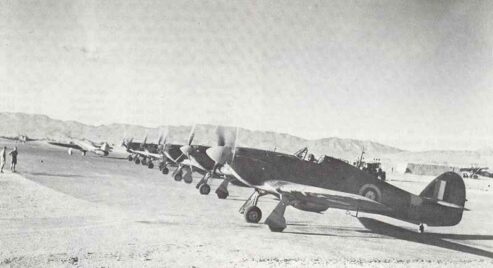 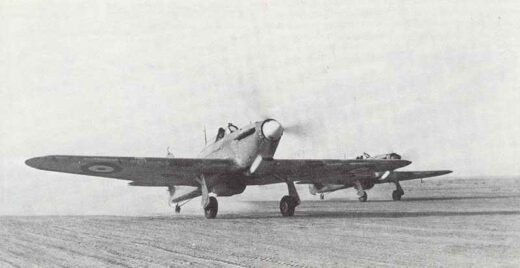 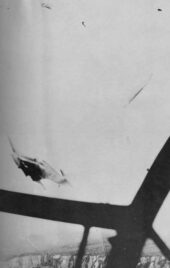 One of the most remarkable pictures of WW2 shows a Hawker Hurricane as it was shot down. At top, the pilot is opening his parachute; right, a wing shot from the plane; center, the Hurricane falling with one wing sheared; lower foreground, the black silhouette of the attacking plane’s window; lower background, the white chalk cliffs of Dover. 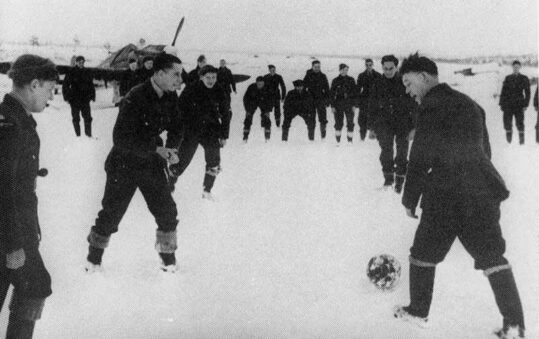 British Hurricane pilots were playing football in the snow at Murmansk. 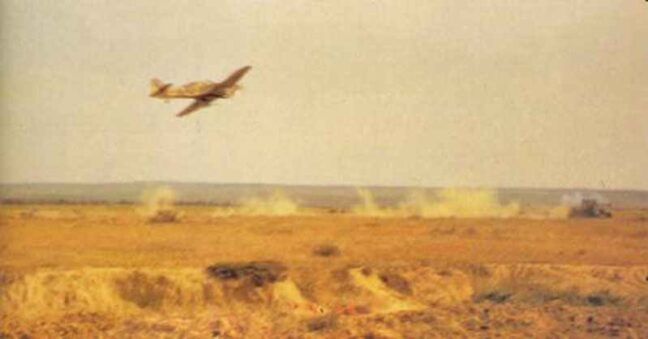 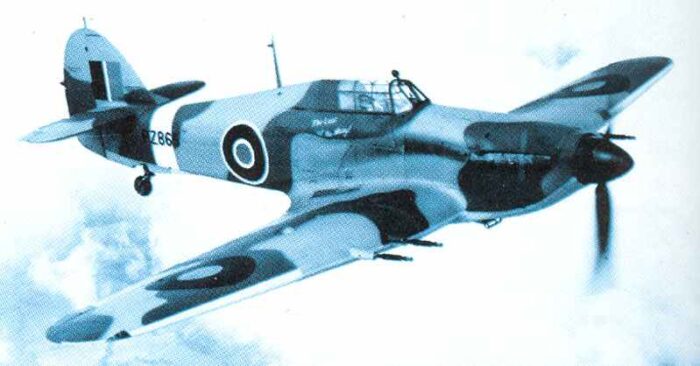 Like the Bf110, Beaufighter, Curtiss P-40 and many other aircraft of World War 2, the Hurricane was fairly soon outclassed as a daytime dogfighter, yet remained in production almost to the end of the conflict because it was versatile and useful. The last of all was PZ865, a Mk IIC fighter-bomber delivered in September 1944 bearing the inscription ‘The Last of the many’ (as distinct from ‘The First of the Few’). 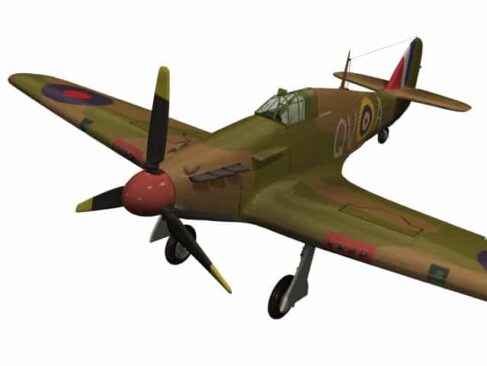