The birth of the best Italian fighter plane of WW2, the Macchi C.205V Veltro was harassed by high authorities within the Italian Air Ministry who, for some reasons, preferred to support the all-new Fiat G.55 Centauro and Reggiane Re 2005 instead of moving ahead at a much faster pace with a natural development of an already well-established MC.202 Folgore.

In fact, the Macchi C.205V was designed to rectify a number of shortcomings which plagued its predecessor, principally its light armament. Sharing 80% commonality with the MC.202, the C.205 was re-designed with a German Daimler-Benz DB605 RC58 engine and was planned to have an armament of two Mauser cannon in the wings.

Powered by an original German engine, the first prototype flew for the first time on 19 April 1942. Immediate impressions were highly favorable, the aircraft appeared to perform much better than the C.202, and handled beautifully.

The first production machine was rolled out of the Macchi plant at Vanese in October 1942, barely six months after the type’s first flight. This was to be one of a pre-production batch of 100 examples. The only difference from the prototypes was in the installation of a Fiat-built DB605-engine.

Production kicked off with a mere trickle, the SMA insisting that the C.202 and obsolete C.200 production lines remain open in parallel with that new machine. Delays in delivery of DB605-engines resulted in a month output of some nine or ten C.205 a month up to the end of 1942, and it was only in February of the following year that production doubled.
This was still far below the monthly average of 50 C.202 being produced parallel. Moreover, the 20 mm Mauser cannon was even harder to produce than the engines, and most of the first 100 examples had to be fitted with 7.7 mm machine guns similar those of the C.202.

Service debut of the C205s came in February 1943, when four examples joined the C.202’s of the 1 Stormo of the Regia Aeronautica at Sicily and Pantelleria, and by end of the March the number had risen to 21.

The aircraft had its first combat mission on April 7 over Tunisia, when fighters from Pantelleria escorted naval and aerial convoys plying between Italy and North Africa. On that day, they encountered superior numbers of Spitfire V and Curtiss P-40 fighters, obtaining significant results. In fact, by April 19, they had claimed 18 Allied aircraft destroyed.
During the Allied invasion of Sicily the 51 Stormo, one of the elite fighter units of the RA, was heavily involved in defending Sardinia, bagging ten P-40s for the loss of three C.205 by the end of July. 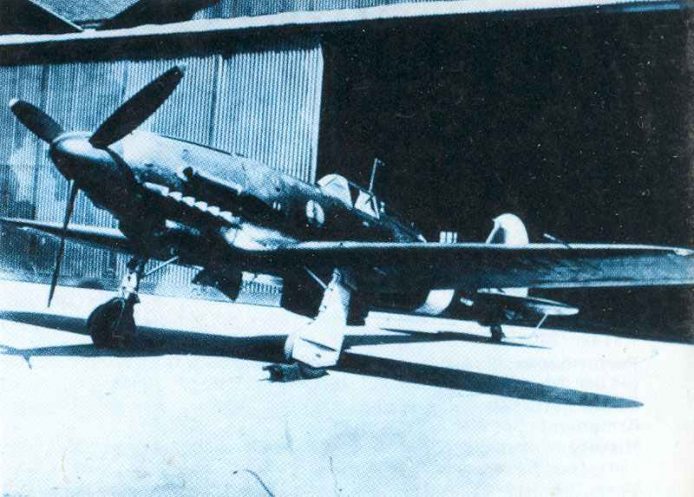 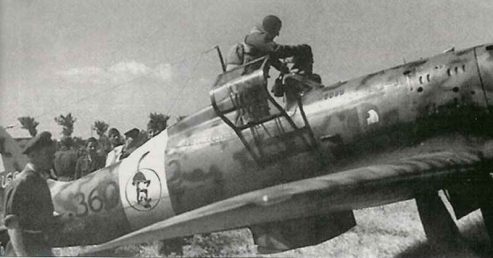 A brand-new C.205V of the 51 Stormo on its arrival at is base at Sardegna in July 1943, to counter the Allied landings on Sicily. 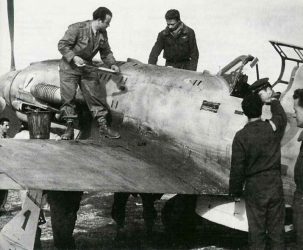 Ground crew prepare a C.205V of the ANR for another sortie. The aircraft has been repainted in a new scheme adopted in 1944 using Luftwaffe colours. 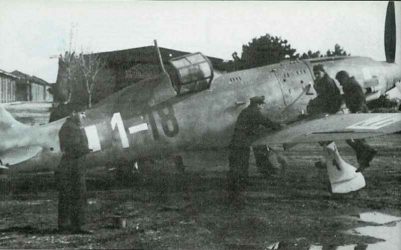 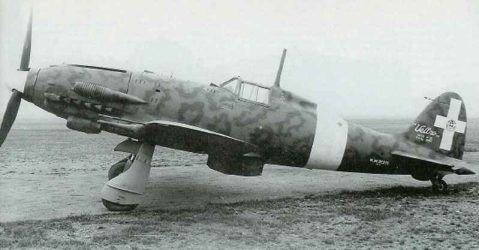 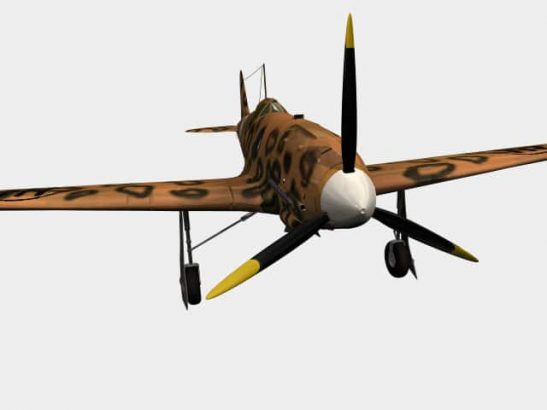 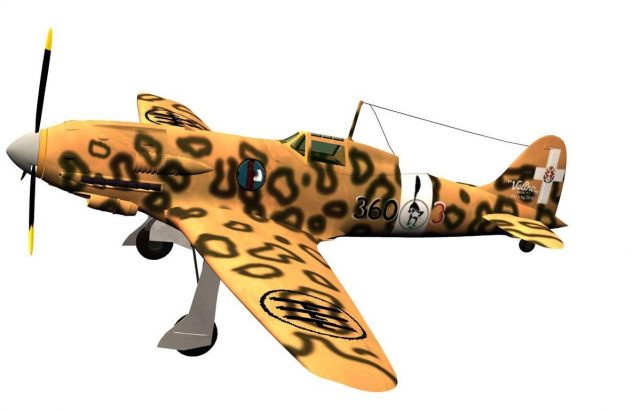 In aerial fighting, the Veltro was proving to be a successful aircraft, chalking up an impressive tally – for example, on 2 August, six C.205V faced a much higher number of P-38 Lightning and P-40 fighters, shooting down five American aircraft for the loss of one Macchi.

After the armistice and the creation of Mussolini’s National Republican Air Force (ANR) the C.205Vs were first blooded during their operational debut on January 3, 1944, when 1st Gruppo opposed a massive USAAF bomber formation. The sizeable formation of B-17 Fortress were escorted by P-38 Lightnings. Within a few seconds three Allied fighters went down, without losses by the Italians.

In mid-April the C205V-Gruppo was required to move south to Reggio Emilia. This meant that the fighters were now within range of Spitfire IX and P-51 Mustangs. While on patrol, the Gruppo had to taste bitter experience with the formidable P-51, which proved decidedly faster. On this first encounter two pilots were shot down in their C.205Vs; however on May 2 the pilot Fiorini managed to score the first Mustang victory.

Towards the end of May 1944, units operating C.205V could not replace their losses anymore, as Macchi production lines at Vanese had been nearly wiped by USAAF bombing. Thus, the units started to convert to Fiat G.55 Centauro.
The last Macchi C205V’s were out of service in mid-August 1944.

The ANR’s (only for the National Republican Air Force) record for this type shows that the C205V had destroyed 115 Allied aircraft, with a further 45 probable to the loss of 55 C.205Vs and 49 pilots killed.

Users: Italy, Germany (only for training).