The Fw 190 V1 (D-OPZE), developed by Dipl-Ing Kurt Tank and Oberingenieur R Blaser to a 1938 RLM demand, initially flew on 1 June 1939, this plane and also the V2 equally being operated by a 1,550 hp BMW 139 two-row radial power plant. Following planes, using the bigger and more potent BMW 801C engine, contained 40 pre-series Fw 190 A-0s requested in 1940, the majority of them with a 3 ft 3.4in increased wing span which afterwards became common.

Despite the fact that flown some time before WW2 this slim small fighter had been unidentified to the Allies and prompted an unpleasant shock when initial encountered over France in 1941. Undoubtedly, it had been so significantly better than the larger and much slower Spitfire V that the first time the RAF believed not just outnumbered however crushed technically.
It was faster compared to every Allied fighter operating, got a good deal stronger armament, had been incredibly robust, had superb power of maneuver and excellent pilot view. It had been furthermore a really tiny target, much lighter than every Allied fighter, together with a reliable wide track landing gear in contrast to the Me 109. Luckily for the Allies, it never replaced the Me 109G, however aside from the fighter-bomber Fw 190 F the majority of them were in action in the West or Mediterranean. 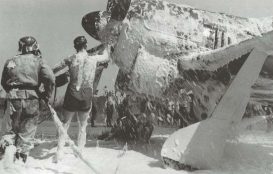 Initial problmes with Fw 190A-1: an overheated BMW engine of a Fw 190 was covered with extinguishing foam. 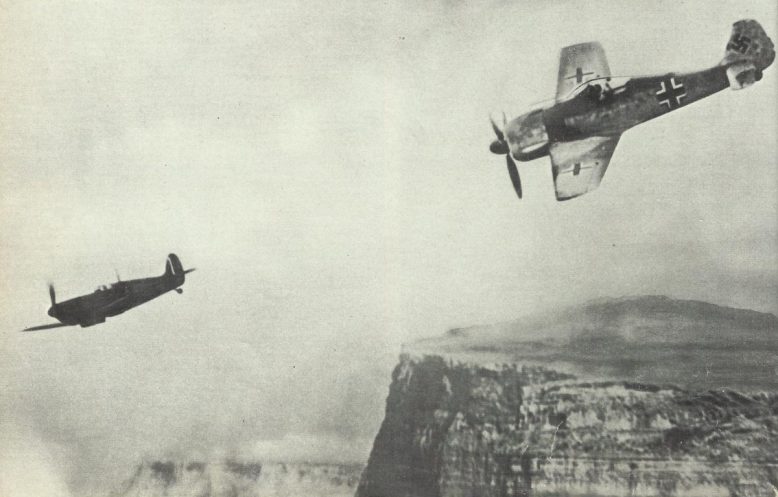 Fw 190 attacking a Spitfire over the English coast. 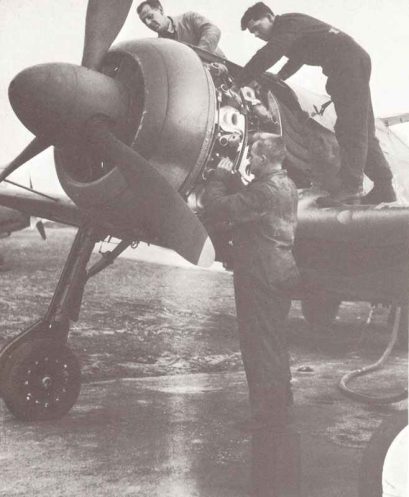 British specialists examine the Focke-Wulf FW 190 A-3 of Lieutnant-Colonel Faber, which was landed by mistake on the RAF airfield Pembrey in Wales. After an air combat with a Spitfire over Southern England he lost the orientation and confuse the Bristol channel with the English channel. The exploration of the FW 190 has significant influence on the British fighter development, which leaded to the Hawker Tempest and Hawker Fury.

A row of Fw 190A-4 fighters with pilots at cockpit readiness, on a French airfield in 1943. This mottled camouflage was unusual on fighter Fw190s at this time, though it was occasionally seen on Jabo 190s bombing English coasts. 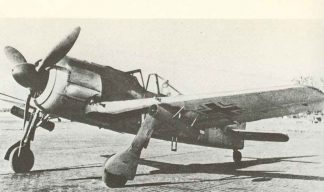 Fw 190 A-4/R6 equipped with underwing launching tubes for two WGr21 rocket missiles, a weapon used with some success in the bomber interception role. 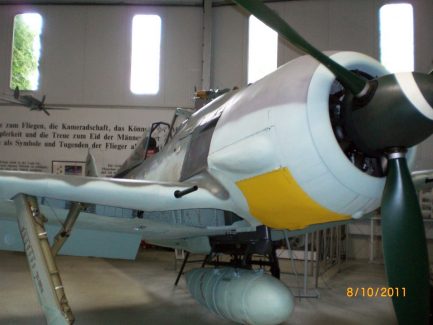 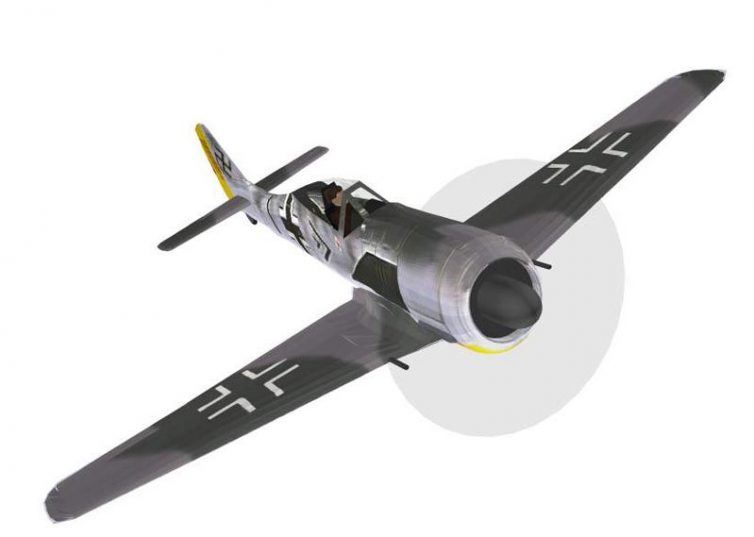 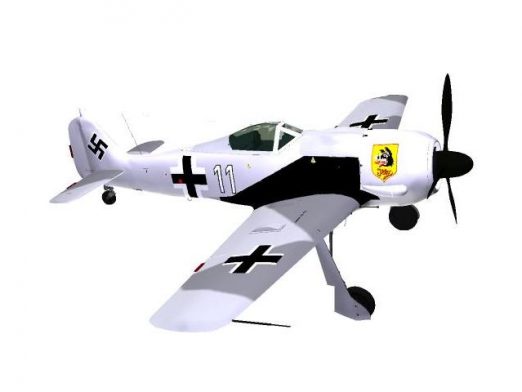 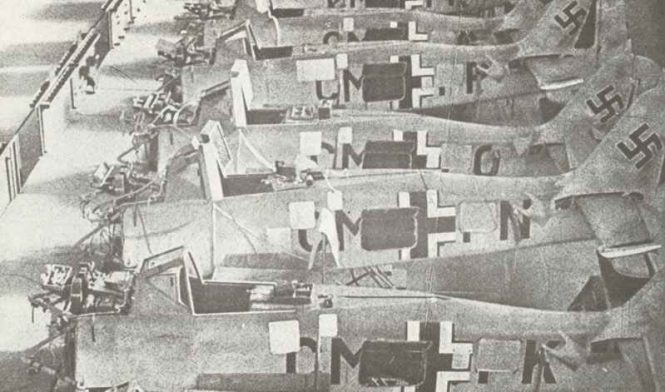 Initial operational use was made of the Focke-Wulf 190 in the fighter-bomber role, in low-level hit-and-run raids over southern England throughout 1942. The A-4 models (2,100 hp boosted BMW 801D-2) provided the A-4/U8 fighter-bomber (carrying a drop-tank and 1,102 lb (500 kg) of bombs, with armament decreased) and the A-4/R6 bomber interceptor with under-wing rocket projectiles.

By the end of the year 1942 around 2,000 Focke-Wulf 190 were produced and had been in extensive action in Europe, the Mediterranean as well as on the Eastern Front.

The A-5 was manufactured mainly for close support; the A-6 and A-7 consisted of more advancements in firepower; the A-8s were largely bomber interceptors or Zerstörer, however some were used as all-weather fighters while others as 2-seat trainers.

The Focke-Wulf 190 B and C models had been rejected, soon after prototypes with boosted BMW 801D or DB 603A engines, in preference to the long­-nosed Fw 190 D or ‘Dora’.