The wartime requirement for greater power in single-seat fighters, especially after the Battle of Britain, led to the development in the early summer of 1942 the Me 109 G with the more powerful DB 605 A engine. With a take-off power of 1,475 hp, this engine gave the ‘Gustav’ a speed of about 650 km/h at a height of 6,000 meters. The new airframe featured a stronger undercarriage, a larger oil-tank, the previously available pressurized cockpit, provision for fitting the GM-1 nitrous oxide injection system, rear armor and head protection for the pilot, and roller-bearing-mounted slats. It could also be fitted with a bomb-rack or drop-tank.

As early as the autumn of 1941 a zero-series of several models was tested with the DB 601 E engine. The Bf 109 G-1 was conceived as a single-seat high-altitude fighter with a pressurized cabin. The aircraft went to II/JG1, and later a few went to II/JG26 as equipment for high-altitude squadrons. At the end of 1942 they first saw action in the Mediterranean.

Next came the Me 109 G-3, which was the second ‘Gustav’ to have a pressurized cockpit. From 1943 this type was used in small numbers by high-altitude squadrons and by Reserve Fighter Group West. From May 1943 fitting of the GN-1 injection system began.

By August 1942 the Me 109 G-4 was being produced in considerable numbers and this version went into active service in November.

The Me 109 G-5 was the last of the series to be built as high-altitude fighters with pressurized cockpit. With the introduction of the more powerful Me 109 G-6, the G-5 had only limited application in the fighter groups.

In February 1943 the Me 109 G-6 was introduced and from then until the summer of 1944 was produced in large numbers to become a major component of national defense. The first aircraft of this series differed only slightly from the G-4, the two MG17s mounted above the engine being replaced by MG131s. It had not been possible to accommodate an ammunition supply within previous engine cowling designs, but from the G-6 typical bulges were incorporated for this purpose on both sides of the forward fuselage.
To improve pilot safety, the aircraft were fitted from 1943 with the so-called ‘Galland Armour’ with armored glass, and somewhat later, with the ‘Erla Canopy’ or sometimes called ‘Galland Canopy‘. Further modifications consisted of a partial removal of the radio aerial behind the cockpit. In the early months of 1944 an increasing number of Bf 109 G-6s had larger fins with an integrated servo-rudder.
To increase engine power at greater heights, the DB 605 AS was introduced in early 1944; this was a DB 605 A engine with more powerful supercharger of the DB 603. As the engine was considerably larger, the cowling of the Bf 109 G/AS was completely modified. At the same time the ammunition supply for the MG131 was streamlined, and a new propeller was introduced. The first of this more powerful aircraft were introduced at the beginning of 1944 in III/JG1 and I/JG5. Part of the older series was re-equipped to AS standard. 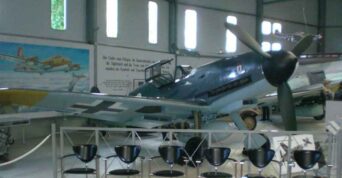 Bf 109 G-2s of II (left) and III/JG 54 ‘Grünherz’-Geschwader operating on the northern sector of the Eastern Front in the summer of 1942. 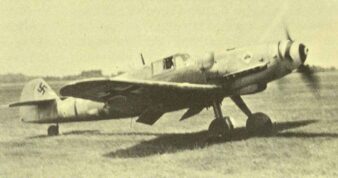 This Bf 109 G-6 has on its cowling the emblem of JG53 ‘Pik-As’ (Ace of Spades). The G-6, which entered production in late 1942, was powered by a DB605 engine, with boosted performance at altitude, and had a 30 mm MK 108 cannon mounted to fire throught the probeller hub.

This Messerschmitt Bf 109 G-14 of III./JG3 is pictured late in the war, with toned-down national markings. 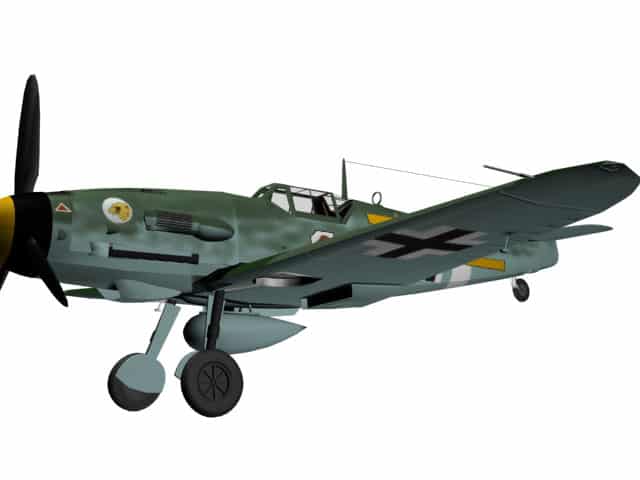 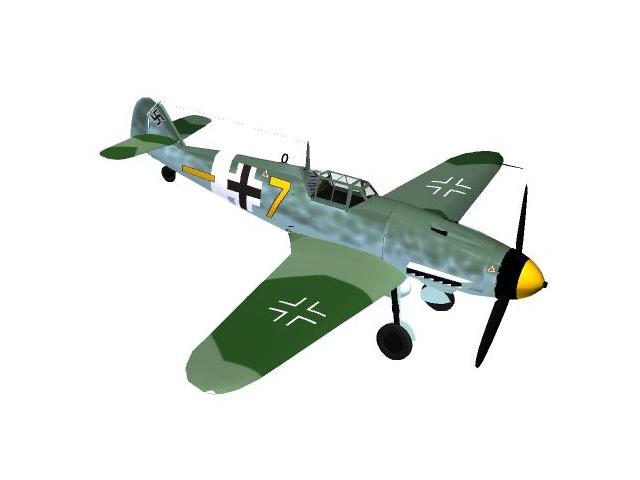 The Me G-8 series was a modification of the Bf 109 G-6 for a close reconnaissance role, and the Bf 109 G-10, which was introduced in the late summer of 1944, represented an adaptation of older aircraft to the realities of air warfare. Using various components the G-type, an approximation to the power spectrum of the Bf 109 K-4 was reached. Since the DB 695 D engine was not available in sufficient numbers, the DB 605 AS had to be used instead. The fuselage consisted of parts of the G-6 or K-4 series, the wing came from the Bf 109 G-2, G-14 and K-4, and the fixed armament from the G-5. The majority of the early G-10s went to Jagdgeschwader 1, 3, 4, 6, 27 and 77. In addition, these types were also found in the three groups of JG300. After production was stepped up, deliveries were made to II/NJG 11 and I/KG(J)6. Some aircraft also went to reconnaissance units.
The G-10 was often used as escort and high-cover for Fw 190 fighter-bombers, which were increasingly being equipped ‘Panzerblitz’ and Panzerschreck anti-tank missiles.