One of the best Italian fighters in the middle years of World War II was the Macchi C.202 Folgore (Lightning). At Macchi the C.200 Saetta was already in series production for the Italian Regia Aeronautica and the company recognized the full potential of the fighter when its under-powered Fiat A74 engine could be replaced.
Mano Castoldi developed the new Folgore from the C.200 with its radial engine, which was now equipped with a Daimler-Benz DB 601 engine. The German aircraft engine was built under license by Alfa Romeo as RA 1000 RC411.
The resistance of the conservative Italian fighter pilots against closed cockpits was ignored and from the beginning the cockpit of the new plane was completely closed.

The first flight by the test pilot Carestiato took place on August 10, 1940, and the new plane reached a top speed of 372 mph (599 km/hr), which was 60 mph (96 km/hr) faster than the C.200 production aircraft. At the same time, the outstanding climbing performance and mobility of the predecessor was maintained.

Since the new fighter was based on a series-produced predecessor, the production lines could be set up quite quickly. In addition to Macchi, the contractor for the construction was Breda. However, engine production at Alfa Romeo was slow and delayed the full-scale introduction of the Folgore to Italian fighter pilots.

The first production aircraft of the C.202 series 1 were delivered by Breda to the 1° Stormo in Udine in the summer of 1941. This unit was transferred to the front in Libya the following November.

The Folgore was a low-wing aircraft with an inboard retractable landing gear and had two 12.7 mm Breda SAFAT machine guns above the nose.
The aircraft was changed very little during its production and was built in a total of 11 different series. These differed only in detail changes, equipment and armament.
Some last models had provisions for 100- or 150-liter dropping tanks or 50-, 100- or 150-kg bombs under the wings.
Starting with the sixth series, each wing was fitted with a 7.7 mm machine-gun in addition to the standard armament of two 12.7 mm machine-guns. Later, at least for one series, two additional 20 mm Mauser MG 151/20 were added under the wings. 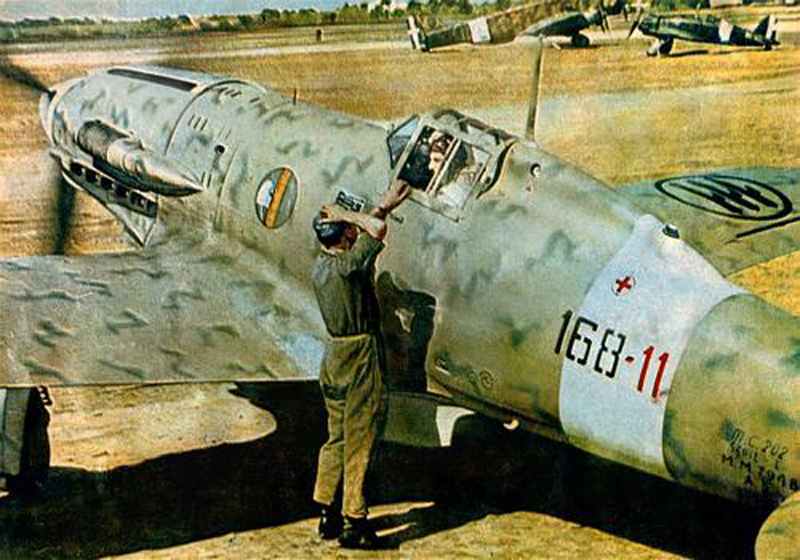 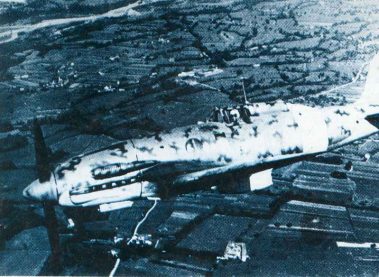 An Macchi C.202 Serie III. These were among the best fighters of the war, though available only in trivial numbers. 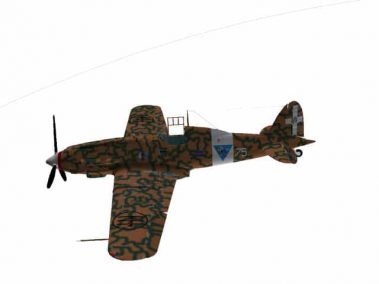 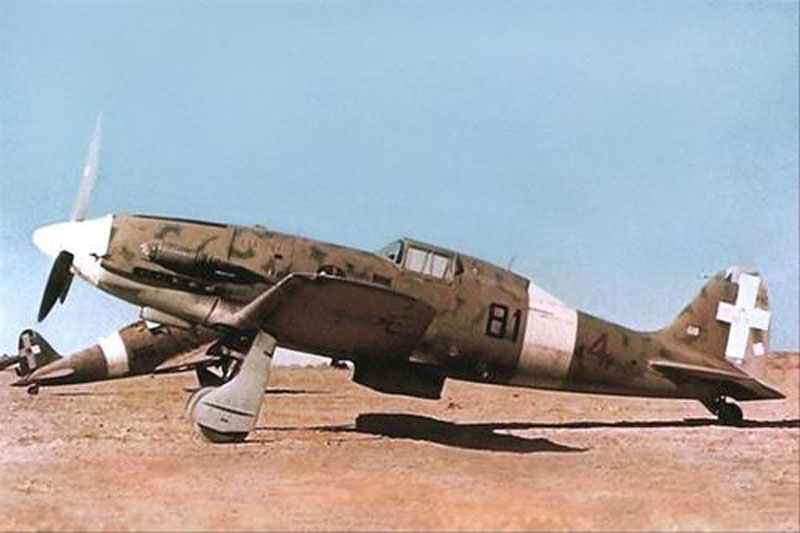 A Macchi Folgore on an airfield in North Africa.

In operation, the Folgore proved to be equivalent to the Spitfire V in terms of performance, but was considerably less armed. Although it was clearly superior to the Hawker Hurricane and the American Curtiss P-40 and Bell P-39 Airacobra, the poor armament often prevented to shoot down allied bombers.

The ultimate development of the C.200 and C.202 series of Italian fighters during the war was the C.205, also powered by a Daimler-Benz engine, of which only 66 were in service at the time of Italian surrender.
This 1,475 hp DBV605A-1 engine was first tested in April 1942 with a modified Folgore and the aircraft reached 399 mph (642 km/hr). However also in this case the production was impaired by difficulties with the license construction of the engine as Fiat RA1050 RC58 Tifone.
The C.205 Veltro (greyhound) was able to compete with most allied fighters at eye level with Mussolini’s fascist air force in Northern Italy (Repubblica Sociale Italiana) and was the best Italian fighter of the Second World War.