One might jump to the conclusion that these Polikarpov I-15 biplanes were superseded by the I-16 Rata monoplane. In fact, the I-16 flew before any of them, was in service first and, in 1939, was replaced in Mongolia by the more agile I-153 ! Polikarpov’s bureau began work on the TsKB-3 in 1932 when the earlier I-5 was in full production. Unlike the I-5 the new fighter had a small lower wing and large upper gull-wing curved down at the roots to meet the fuselage.

As the I-15 the highly maneuverable fighter gained a world altitude record before serving in very large numbers (about 550) in the Spanish Civil War, where it was dubbed Chato (flat-nosed).

Starting in 1937 the I-15 was deployed to China to help in its fight against the invading Japanese. It was at this time that the aircraft started facing superior Japanese monoplane fighter aircraft designs.

It even served against the Finns and Luftwaffe, but by 1937 was being replaced by the I-15bis with continuous upper wing carried on struts. Over 300 of these served in Spain, and many were used as dive bombers against the Germans in 1941.

The ultimate development was the powerful I-153, with retractable landing gear, either wheels or skis folding to the rear. Some thousands served in the Far East Spain, Finland and on the Eastern Front. Later subtypes had variable-pitch propellers and drop tanks well outboard under the lower wings.

By November 1942, the Polikarpov biplanes were removed from front line duties. 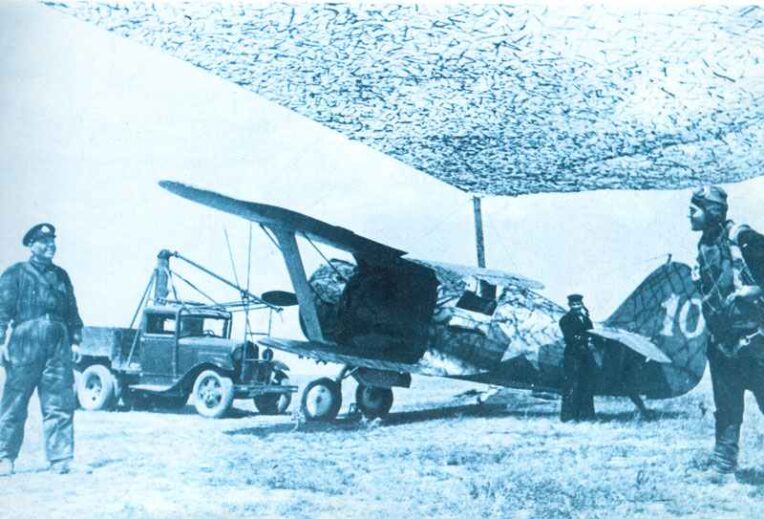 Polikarpov’s fighters, like all Russian warplanes, had to live rough, with no protection save a camouflage net. Though a good picture of an I-153, the final retractable-undercarriage model of the biplanes, this photograph also shows the ubiquitous Hucks starter, based upon the Ford Model T chassis, which spun the front of the propeller shaft to start the engine. 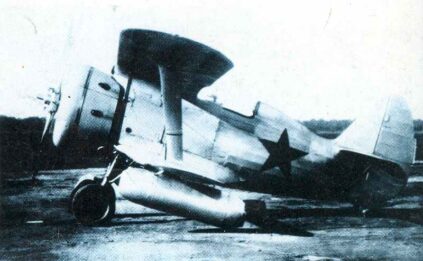 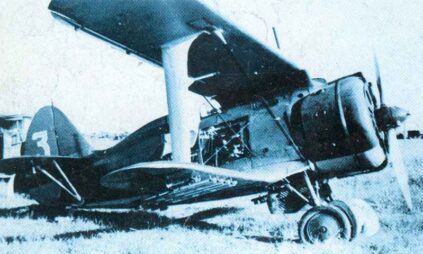 The I-153 was one of the first airplanes for rockets for air-to-ground-use. Most carried six RS-82 missels, but this aircraft has launch rails for eight of the weapons.

Specification for Polikarpov I-153 Chaika