The Yakovlev fighters were the most widely used Russian combat aircraft of WW2 and in Korea, and the most famous of these was the Yakovlev Yak-9.
Also, the most numerous Yakovlev type, the Yak-9 was developed into a succession of variants that remained in production until the 1950s. The Yak-9P, the last and best of these, was used by the North Koreans in the Korean War.

The first Yak-9 was derived from the Yak-7B, which went into service in 1942. Seeking to give the basic Yak-7 more range, Yakovlev partially re­designed the wings to make room for larger fuel tanks. The cockpit was moved back slightly, and the position of the radiator on the belly was changed. Powered by the same engine as the Yak-7, the new type went into service in August 1942.
It became the most-produced Russian aircraft apart from the Il-2 Stormovik. The Yak-9 was able to out fly the Me 109G, which it met over Stalingrad in late November 1942.

Improvements continued to be made: the Yak-9M had another machine gun, while the Yak-9B could carry up to 1,325 pounds (600 kg) of bombs.
Two other important versions were developed, the Yak-9T and the Yak-9D. The Yak-9T had a 37 mm Nudelmann-Suranov cannon with which to attack tanks. 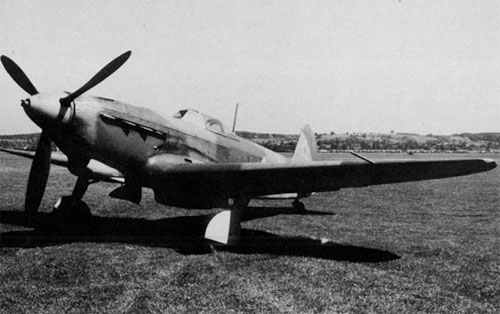 The Yak-9 would become the ultimate Russian fighter and was destined to be produced in larger numbers than any other Yakovlev aircraft, and took part on every major battle after its introduction during the autumn of 1942. 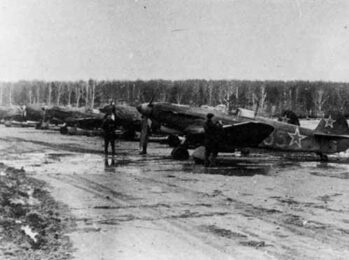 Yak-9 at Dobrovka near Smolensk in May of 1944. The aircrafts belongs to the French volunteer regiment Normandie-Niemen. 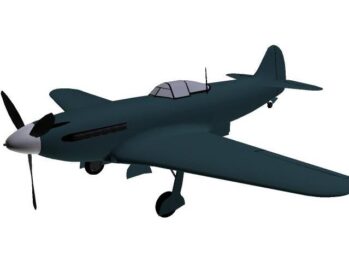 The Yak-9D had lower caliber offensive armament – a 20 mm cannon and a 12.7 mm machine gun – but more fuel capacity and greater range. These aircraft were used chiefly to provide escort for American bomber of B-17 Flying Fortress and B-24 Liberator formations when, for instance, they raided the Romanian oilfields.

Several versions of the Yak-9 equipped foreign units fighting in Russia, including the Polish 1st Warsaw Fighter Regiment and the Free-French Groupe de Chasse Normandie-Niemen, whose pilots preferred the Russian fighter to the lend-lease American Bell P-39 Airacobra and the British Hawker Hurricane.

The fighter was very popular with its crews, being particularly maneuverable at low altitude and thus more than a match for its more powerful adversaries. But the major virtues of this excellent fighter were the fundamental qualities of safety and basic simplicity.