Zero – symbolic of Japanese power in the air, this was the name by which friends and enemies came to know one of the most outstanding combat aircraft to see duty in the Pacific, the Mitsubishi Zero. Zeros saw service throughout World War 2 in the Pacific, from the attack on Pearl Harbor to the last suicide missions of the war. At the outset the Zero seemed all but invincible, but it was eventually outclassed by newer Allied types, and despite continual improvements the A6M never again caught up with its adversaries.

More Zeroes were built than any other Japanese aircraft in the course of the war. A total of 11,283 of these fighters came off the production lines in several versions between March 1939 and August 1945. During its long career, the Zero became as famous in Japan as the Spitfire in Britain and the Messerschmitt Bf109 in Germany. The A6M Zero was also the first carrier-­based fighter to outperform its land­-based contemporaries.

The Zero’s designer, Jiro Horikoshi, set to work in early summer 1937 in response to a Japanese Navy specification for a carrier-based fighter to replace the Mitsubishi A5M, which was just going into service at the time. Mitsubishi and Nakajima both wanted the contract, but Nakajima withdrew after a few months on the grounds that the specification could not be met. The specification had been modified in October 1937 in the light of the earlier type’s combat experience in China.

The third prototype was equipped with a 940 hp Nakajima NK1C Sakae 12 engine, and performance improved further. The first examples of the initial variant, the A6M2, finished their tests in July 1940, and two months later the Zero made its operational debut in China.

When Japan went to war the A6M2 was the Navy’s leading carrier-based fighter. It was superior to the Allied types of the period, especially in speed and maneuverability. The Zero made a decisive contribution to Japan’s early successes in the war, and from Pearl Harbor until the Battle of Midway in June 1942 the Mitsubishi fighter (called ‘Zeke’ by the Allies) dominated the Pacific skies. The turning point came after this battle. The Japanese lost a great many Zeroes, and ran into difficulties in replacing men and aircraft. The Allies were gaining strength and introducing newer and more powerful aircraft.

The second main version of the Zero, the A6M3, made its appearance at the time of the Battle of Midway. This version had a more powerful engine and heavier armament.

The autumn of 1943 saw the first deliveries of the Mitsubishi A6M5, perhaps the best of the Zeros. This model was developed in the hope of producing an aircraft that could stand up to the American Hellcats and Corsairs. The A6M5 set fight earlier weaknesses in the Zero – insufficient armament, light structure and lack of protection for pilots and fuel tanks – but in the end proved no match, qualitatively or quantitatively, for the Allied fighters.

A final attempt to achieve parity was made with the development of the last of the Zeroes, the A6M8 powered by a 1,560 hp Mitsubishi Kinsei engine. The prototype appeared in April 1945, but the course of the war and the ruinous state of the Japanese aircraft industry meant that the proposed production program (6,300 aircraft) never got started. During the last months of the war the surviving Zeroes were used in futile attempts to defend the Japanese homeland from Allied bombardment and in suicide raids on Allied shipping. 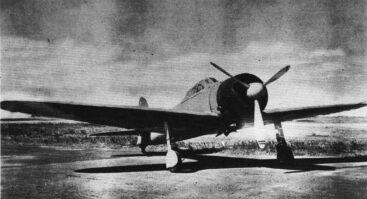 A photograph of the first page of the Japanese ‘Handling manual for Type 0 Carrier Fighter Aircraft’ from August 1942. 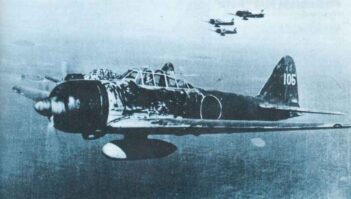 Zeros warming up on the deck of the aircraft carrier Akagi the morning of December 7th 1941 prior to the Pearl Harbor attack. 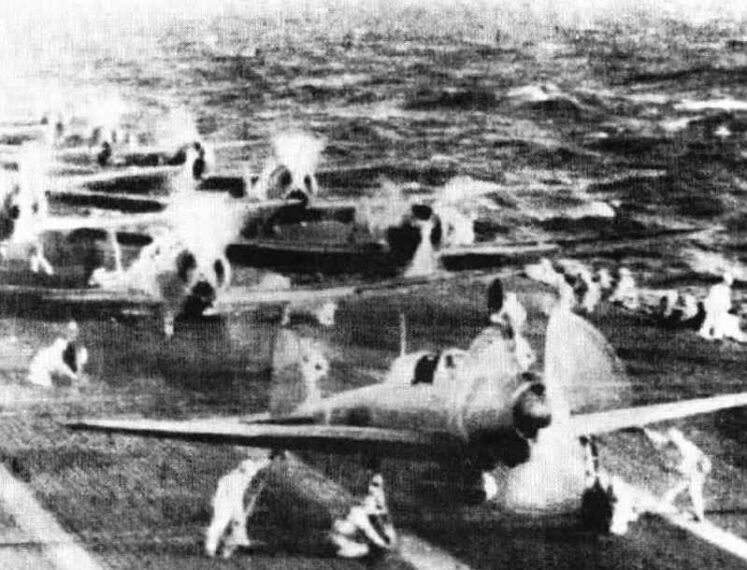 The signal for the attack is given. Launching on the carrier Shokaku. 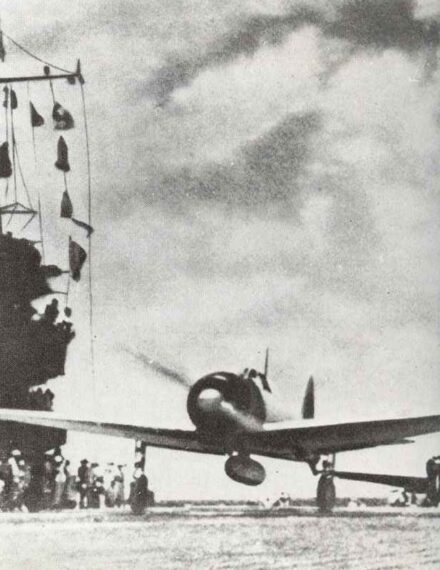 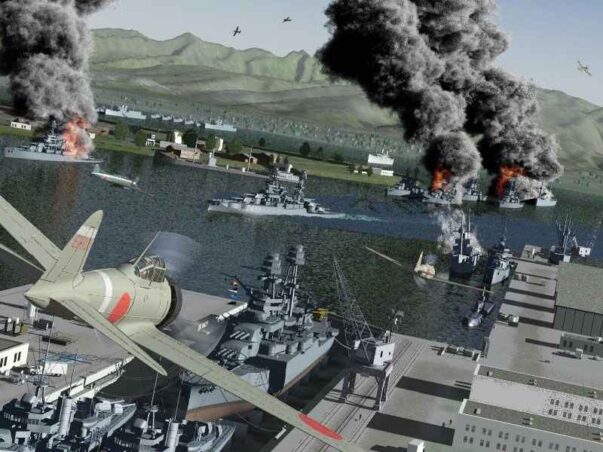 A A6M2 Zero of 3rd Naval Air Group which was a mainforce in the invasion to south in the early stage of the war also with Tainan Air Group. This aircraft belonged to a detachement at Ambon Islands taken in later than April 1942.

A A6M2 Zero-Sen, assigned to a training unit. 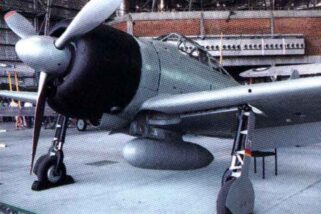 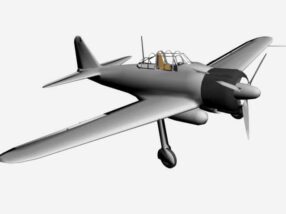