Hayabusa is the Japanese word for ‘peregrine falcon’, a name suited to the fast and highly maneuverable fighter that provided the Allies’ first bitter surprise when war broke out in the Pacific. The Ki-43 was code-named ‘Oscar’ by the Allies.

The Nakajima Ki-43 Oscar succeeded the Ki-27 as the Japanese Army’s lead­ing fighter. The Ki-43 Oscar was also the first modern Japanese fighter to appear in the Pacific theater of operations. A total of 5,919 aircraft were built in several versions.
The Hayabusa or Oscar was in front-line service from the very begin­ning of the war, ending its career in desperate suicide missions in fruitless attempts to intercept American bom­bers during heavy bombing raids on the Japanese home islands.

The Japanese Army issued a specifi­cation in 1937, this time solely to Nakajima. The fighter envisaged as a Ki-27 replacement was planned to have very advanced features for the period: a maximum speed of 310 mph (500 km/hr); time to 16,250ft (5,000 m) of five minutes; a range of 500 miles (800 km); two 7.7 mm machine guns; and maneuverability at least equal to that of the fine Ki-27.
Nakajima as­signed the project to a team headed by Hideo Itokawa, and a year later the first prototype was ready to fly. The first flight took place early in January 1939, and within two months two more prototypes were tested. Tests revealed no special problems, and the aircraft fully met the specification.
Neverthe­less, there were some doubts about the type’s capabilities after the first opera­tional tests conducted by the Japanese Army. Pilots complained that the air­craft was hard to handle, and they did not regard the retractable under­carriage as practical or worth the addi­tional weight.
Even so, the army de­cided to proceed to the production of ten pre-series aircraft for further test­ing, and these machines were ready by September 1940. Several types of armament and engines were tried out on the pre-production batch. The most useful modification was the adoption of special flaps, known as ‘butterflies’, which could be used in combat to make very sharp turns, much enhancing the type’s maneuverability. With this modification the aircraft was finally accepted and ordered into mass pro­duction. 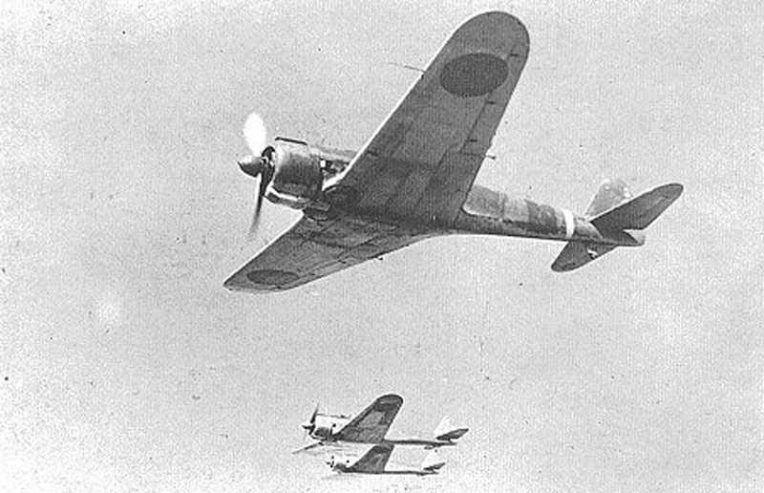 Formation of Nakajima Oscars in flight. 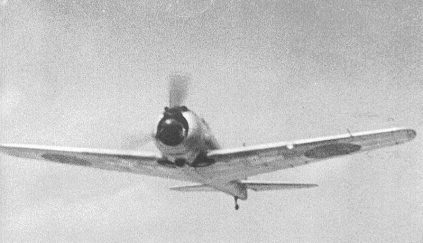 A Oscar in air combat, pictured from a USAAF B-24 Liberator bomber. Outstandingly manoeuvrable, it was severely deficient armament. Despite this, many Army aces gained most of their victories on the Ki-43, by accourate shooting – a quality shared by most of the top-scoring fighter pilots of all nations. 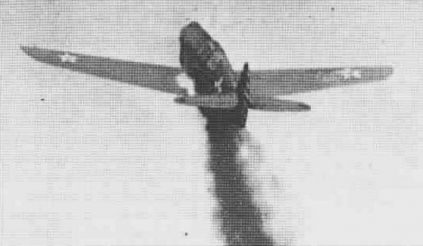 Although the USAAF’s P-40 Warhawk was technically superior to the Nakajima Oscar, it was often pilot skill that determined the victory in favour of the Japanese pilot in the early war years. Here, a Curtiss P-40 E falls victim to an Oscar air attack in the early months of 1942 over south-east Asia. 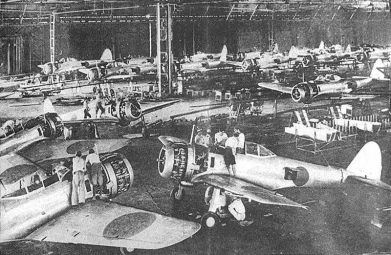 Mass-production of Oscars in a Japanese aircraft plant. 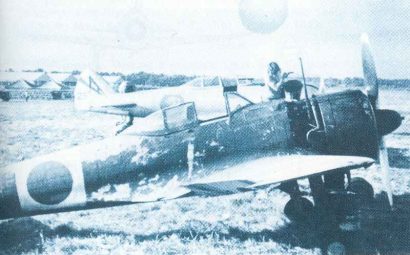 An interesting photograph of a Ki-43-Ib Hayabusa, being refuelled from a bucket. 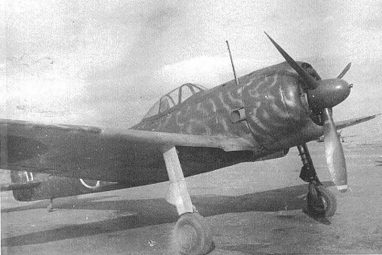 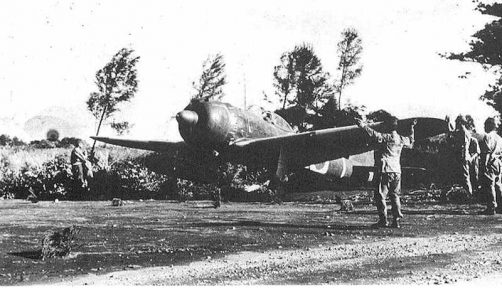 A Nakajima Ki-43 III Haybusa ist starting in the last part of WW2 from an airfield in south-east Asia. 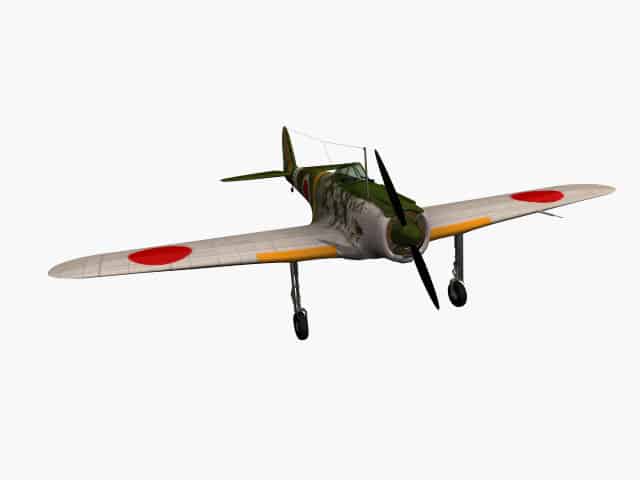 The first versions of the Oscar – the Ki-43-Ia and Ki-43-Ib – differed from each other only in armament, and a total of 716 were built.
A much improved model of the Oscar, the Ki-43-II, followed in 1942 and was produced in larger quantities than any other variant. It differed mainly from the earlier Oscar models in having a more powerful engine driving a three-bladed variable-pitch metal propeller instead of the original two-bladed unit fitted to the Ki-43-I. Structural and aero­dynamic improvements were also introduced, and for the first time some protection was added for the pilot (rear armor 13 mm thick), plus rudi­mentary self-sealing tanks.
Three ver­sions of the Ki-43-II Oscar were produced: the Ki-43-IIa, the IIb and the Ki-43­kai, which incorporated all the modi­fications evolved during earlier pro­duction.

The final variation, which was developed in 1944, was the Ki-43-III Oscar, which was produced until the end of the war. Powered by a 1,230 hp Naka­jima Ha-115-II radial engine, it was the finest variant of the whole series. It was also the version produced in the smallest quantity, however.
A projected high-altitude interceptor version would have been powered by a 1,250 hp Mitsubishi Ha-112.

The Ki-43 Oscar was built in greater num­bers than any other Army combat type, and saw service on every Japanese front. Although the Hayabusa’s superi­ority over Allied aircraft was short-lived, it was highly successful in Malaya, Java and the skies of Sumatra, where it overwhelmed the Allies’ hand­ful of antiquated aircraft.